How to Use Political News to Find Entry Points

Political news is often a fantastic catalyst for entry points. The bad news is that it is impossible to predict when such news will occur, the good news is that savvy traders can add this bit of knowledge to their box of trading tools to pull out when the timing is right.

Political risk is the chance that a political event could affect an investment. Whether or not “risk” means the investment could lose value is relative to the position. Political risk could mean a positive development which may lead to increased GDP growth, enhanced corporate earnings and rising equity values. It could also mean a mounting scandal which could derail economic growth, the trick is understanding the difference. 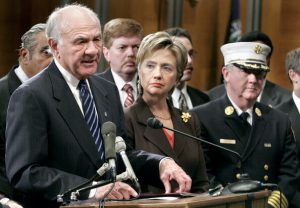 When it comes to political risk there is another distinguishing characteristic traders should be aware of. Most political news has very little impact on the fundamental picture. Political events are emotional, they are often fleeting and most cases limited to news and headlines. This types of event may cause the market to rise or fall but the move will be limited. If it goes against the prevailing trend it is most likely a buying opportunity, if it is in-line with prevailing trends it may the spark to cause a break-out and a continuation of those trends.

Political news that does have an impact on the fundamental picture will have a more long-term affect on the market. A negative development such as a new government with anti-business positions and a tax-heavy agenda may cause a bull market to reverse or at least enter a deep correction. A positive development could reverse a bear market or reinforce bull market trends and send index prices to new all-time highs.

Yet another differentiating characteristic of political news is its relevance. Is it relevant to only a small number of people or to a single nation or is relevant to the world at large. The coup in Turkey last year was an alarming event but in the end had little more than a local effect on sentiment, the Brexit is another story. It will have long-lasting effect on global trade, the global stock and global forex markets.

While all markets have some correlation with political news the forex markets are the ones most affected. The news may not only affect sentiment within the country in question but also sentiment of foreign nations. This means that an event may cause one currency to weaken and another to strengthen which in a pair like the EUR/USD or USD/JPY could mean significant movement in a short span of time.

Let’s use the election and inauguration of Donald Trump as an example. The US and global economy had been on a long, steady path of slow growth for many years before the election process began and was on track to continue doing so into the future. That was the status quo, since Mrs. Clinton represented the status quo her election would have guaranteed (in the minds of the market) established trends continue. Donald Trump represented change and risk to the market, not the status quo, and could only guarantee volatility for the market despite his pro-growth agenda. This, combined with scandal on both sides of the race, caused volatility in the market.

If you look at the chart above you can see that the S&P 500 entered a period of consolidation during the peak of the political campaign season. This period brought the index down marginally but more importantly took it to the long-term up trend line. Post election relief combined with trend-following buying confirmed the trend-line and led to what we now know as the Trump Rally. This rally is born by long-term economic trends, the status quo, and enhanced by a realization that Trump won’t make things worse, will likely make things at least a little better and may make them really better. . . if near-term political scandal’s don’t derail his agenda. Until then they will be nothing more than new entry points for savvy traders.

Markets Cycles: What They Are and How to Trade Them?

How to Choose a Strategy? Find What’s Best for You – Part 2

How to Minimize Your Losses. For Real

IQ Option·12.07.2018
Close
We use cookies to understand how you use our site and to improve your experience. By clicking "Got it" or by continuing to use our website you agree to their use.
Cookie settingsGot it
Manage consent