The crypto market is on rumble again. Almost all the coins are losing, and the market leader Bitcoin is no exception. Still, Bitcoin holds above $224 billion in market cap. The trading volume of the coin is also good with more than $13.4 billion recorded in the last 24 hours.

Bitcoin had a rough week. Though the coin strongly tried to recover, it ultimately ended up losing its value.

The coin started the week at a downward pace. Though initially, support was present at $13679 and $13000, resistances were also there at $14700 and $13900. In the midweek, the coin tried to recover its prices, but major resistance at $14450 ceased the upward movement and pushed the prices down. The coin again found support at $13260, but new resistance also formed at $14250, which again forced the coin in taking a freefall. 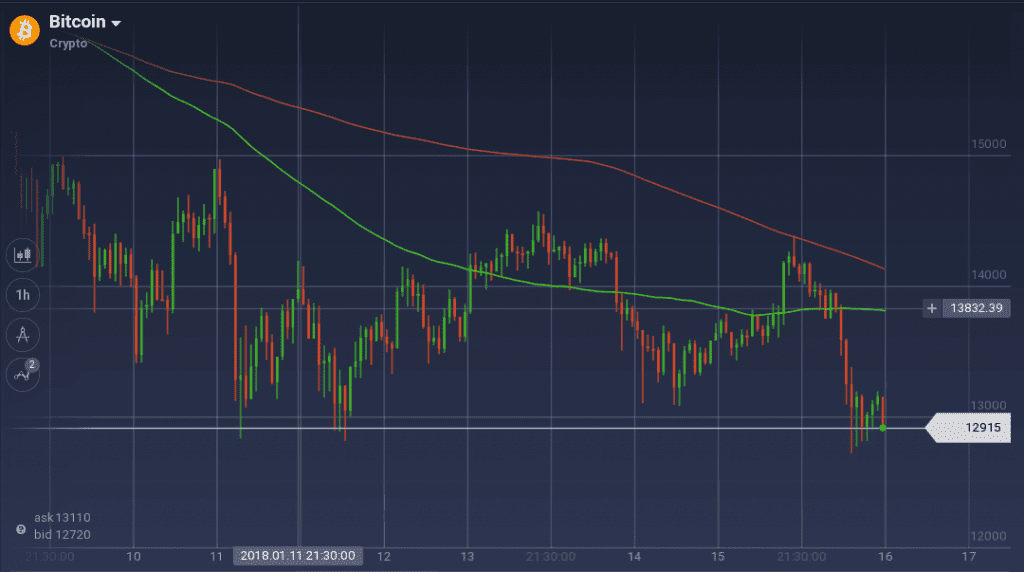 The technical indicators are also indicating the possibility of a bearish run. MACD is strongly running bearish and so is Stoch. RSI is currently at 31 percent moving downward.

A lot is happening in the crypto market lately, both positive and negative. KFC Canada recently started accepting Bitcoin.

Also, the news of the Chinese government banning the crypto mining business is also hitting the economy hard.  In South-East Asia too, the Central Bank of Indonesia warned its citizens against all cryptocurrency use.

Japanese Investors, “Miss Bitcoin”, and the Reasons Why

Is Bitcoin a Bubble or Not?

IQ Option·30.07.2018
Close
We use cookies to understand how you use our site and to improve your experience. By clicking "Got it" or by continuing to use our website you agree to their use.
Cookie settingsGot it
Manage consent