Wolf of Wall Street: Bitcoin Will Soon Be Dead

Belfort said Bitcoin’s price struggles in 2018 is the beginning of the end for the top-ranked cryptocurrency. 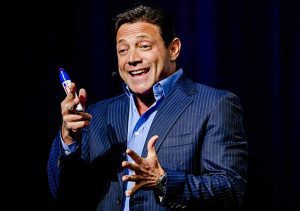 He advised “hodlers” to sell now before the crash. Despite his negative stance of BTC, Belfort declared that Blockchain, the technology behind BTC and other cryptos, held immense promise.

According to Belfort, the multiple price dips experienced in June 2018 show that BCT is approaching its “final days”. He said the perceived value of Bitcoin fell into the category of “the greater fool theory.” He accused permabulls like John McAfee of deceiving the cryptocurrency community with false promises saying:

“The only reason why they’re doing that is because they’re trying to get more suckers in. To create unrealistic price projections at ridiculous values. Everything is wrong with bitcoin. There’re too many fundamental flaws with it, and [the] bottom line is, get out if you don’t want to lose all your money.”

Belfort argued that Bitcoin held no real utility, saying that if bitcoin owned and licensed blockchain technology, then the situation would be entirely different.

Previous article This Is Why Small Gains Are the Best Gains

eBay is Gradually Replacing PayPal – Will it Accept Bitcoin?

What to Know Before Consider Investing in Bitcoin