Created to liberate the general public from the so-called financial oppression of the big banks and imperishable government oversight, cryptocurrencies can in turn face severe prosecution from regulative authorities. National governments all over the world, challenged by the crypto, are hardly satisfied with their diminishing power. Losing grip on the one of the most important aspects of the social life — money supply and financial control — will most certainly force authorities to introduce stricter cryptocurrency legislation.

Steve Keen, economics professor in London’s Kingston University, comments on the situation. The emergence of CryptoKitties (service that is barely connected to either blockchain or the cryptocurrency revolution) and the launch of bitcoin futures on CBEO are, according to the professor, a clear sign of the inevitable regulation. Market imbalances, supported by the enormous buying pressure, add to the probability of global bitcoin regulation: 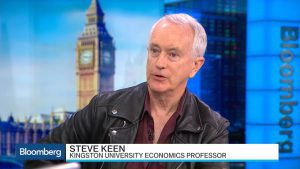 “The intriguing thing about that is that it is good for people on the sell side of Bitcoin. As one of the commentators said recently, one of the reasons the process has been escalating so much… is that there is enormous pressure on the buy side of Bitcoin and there are almost no sellers. Because, of course, selling involves forgoing a probable capital gain, so nobody wants to sell right now, everybody really wants to buy in.”

The cryptocurrency industry, yet young and inexperienced, is susceptible to fraud and unfair business practices, that national officials may want to stop. Mr. Keen suggests:

“You can’t be deregulated in a system where there will be criminal attacks. The code itself is clearly not foolproof, people will find their way in, forks will be forced upon them, whether they want them or not. In that situation, regulation may be the only future.”

Cryptocurrency investors and enthusiast may find it useful to closely follow the news on emerging cryptocurrency regulation. The exchange rate of bitcoin and its younger counterparts can depend dramatically — at least, in the short term — on the measures taken by the national governments to hinder its growth and further development. Should one of the major economies ban bitcoin, a plunge can most certainly be expected.

Goldman Sachs: Bitcoin may Drop Below $5,922

Ethereum Could Collapse if Improvements Aren’t Made