Ripple is among the top five largest coin in the crypto economy. The coin lost its third spot to Bitcoin Cash, but it is holding the 4th spot firmly with almost no contest till now. With a bullish run throughout the month, the market cap of the token reached above $10 billion. 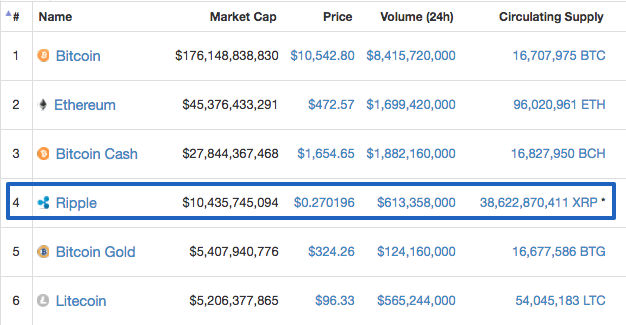 Ripple had a steady and gradual growth throughout the week until the last 24 hours. In the early and midweek, the coin faced a resistance above $0.25 which pushed the price downward a couple of times. But both the times the coin soon enough found support levels with also acted as a pivot. 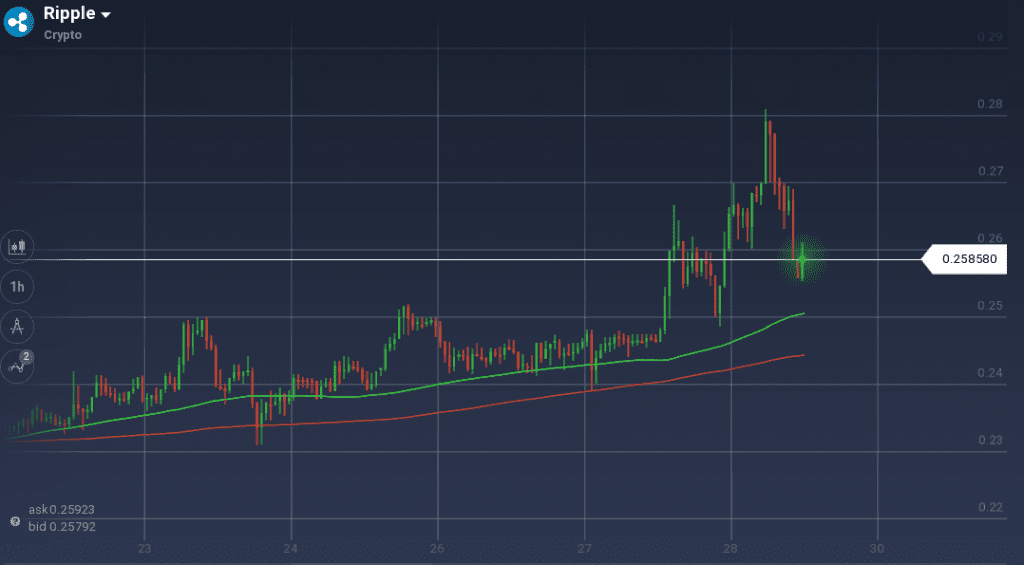 In the last 36 hours, the coin had a substantial growth due to sudden demand. The token took a leap from $0.246 to $0.2666, but the resistance pushed it downward. XRP/USD pair then found support at $0.25 which also acted as a pivot and the pair went up to the weekly peak of $0.28. But the token had an almost instant dip from the peak level and is currently struggling to find support at $0.25.

The technical indicators are diving due to the recent dip of the coin from the weekly peak. MACD is going bearish forming a significant gap between the curves and Stoch went under the overselling mark. At 34 percent, RSI is taking an upward turn after touching the 30 percent overselling mark.

Previous article How to Calculate a Short Position Timeline

Coinbase to Congress: Crypto Regulation Should Not Harm Innovation