Bitcoin is currently fluctuating at around $6,500, though it used to move a few hundred US dollars higher than that from May till mid-June. However, at the end of June, it touched the lowest level since November 2017, at $5,845, as displayed on Coinmarketcap. It means that all those gains from December and January just vanished away. Most of the hedge funds and other funds that heavily invested in Bitcoin at that time are now recording significant losses. At this price, Bitcoin is not attractive even for miners, who have to cover the consumed electricity and equipment.
If the largest cryptocurrency out there is continuing this way until the end of the year, this might be big troubles for many funds, retail investors, and miners. However, for how long will Bitcoin fluctuate close to its recent bottom? We’ll try to figure this out.

The reasons behind the recent downtrend 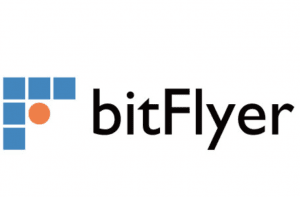 Bitcoin touched the lowest level year-to-date right after Japan’s Financial Services Agency sent improvement orders to six local crypto exchanges, including the largest one there – bitFlyer. Because of this, bitFlyer, and probably other exchanges too, announced that it would stop accepting new customers until it fixes the issues discovered by the regulator. This was the last drop that added to a series of other unfavorable news that put pressure on the crypto market.
The downtrend got steeper in mid-June, when, in the span of a week, two South Korean crypto exchanges – Bithumb and Coinrail – got hacked. Bithumb is the second largest crypto exchange there, so the disappearing $30 million made the headlines within hours. The exchange operator had to suspend all deposits and withdrawals for a while.
In India, local cryptocurrency exchange Zebpay warned its clients that it might suspend withdrawals in fiat currencies if the Supreme Court keeps with the crypto ban during a hearing that was about to come.
These and other unfavorable news strangled any attempts to ascend to $10,000. Even the fact that the US Securities and Exchange Commission (SEC) explicitly declared that it wouldn’t regulate Bitcoin and Ethereum as securities didn’t really help.

Can Bitcoin update its bottom level?

As it might turn out, touching the lowest level since November 2017 is not even the worst thing that can happen to Bitcoin holders and active traders. According to some crypto watchers, the next BTC stop might be the lowest level since October of last year – somewhere in the region on $5,000.
After the recent crash caused by the Japanese regulator’s intervention, technical analyst Mark Newton, founder of Newton Advisors, told CNBC that the largest cryptocurrency could drop a few hundred US dollars more before finding a bottom probably at around $5,000.
During the same period, Forbes magazine wrote that BTC’s support level is $5,100. Thus, the figures coincided and everyone was expecting a further Bitcoin dip.
Even though crypto investors were not that happy about the recent crash, some market participants, including crypto “oracle” John McAfee, said that Bitcoin was not dead and the downtrend was not a big deal anyway.
Brian Kelly, founder and CEO of BKCM LLC, told CNBC:

“Let’s put this in perspective. Do you know where we were a year ago? $2,500. And bear markets, we don’t know where they end. It doesn’t mean that Bitcoin can’t go lower. But this is by no means the funeral for Bitcoin,” he added.


In fact, investors should never be afraid of a total crash of the Bitcoin price because it’s not a fiat currency – it cannot live hyperinflation, and it doesn’t disappear anywhere. It’s on blockchain forever. And as soon as it stays on blockchain, there will be at least some demand for it. There is now a whole infrastructure and market of investors, mining facilities, funds, venture capital firms, investment products (including from CME and CBOE), and government agencies on it. Bitcoin is here to stay no matter what.

The end of 2017 was a triumph for the crypto community, as they saw Bitcoin getting close to $20,000, while Ripple, Ethereum, and other cryptocurrency recording annual returns measured in thousands of percentage points. Can this year bring the same again?
Tom Lee, managing partner at Fundstrat Global Research, said on Thursday, July 5, that he expects Bitcoin to end the year at around $25,000. His position is that mining costs have to push the price of the cryptocurrency up.


Also, it’s worth mentioning that November and December have been bullish months in the recent years, maybe except December 2014. It seems that this is the right period for traders to become more active as they come out of their summer vacations. The same pattern can be noticed with the US S&P 500 index, which tracks the 500 largest companies there.
It’s hard to confidently predict that Bitcoin will reach $25,000 by the end of this year, but we might be sure that the largest cryptocurrency will leave 2018 on a positive note.
[cta_en link=”https://iqoption.com/en/?aff=88&afftrack=btc0707″ name=”Trade crypto now”][/cta_en]
Trade now