After the massive crash in the market, cryptocurrencies are now on their way to rebound. The market charts are dominated by greens, however, the bulls are not out of the woods yet. In figures, the market gained around $28 billion in the last 24 hours, as the market cap went up from $309 billion to $327 billion.

Litecoin has endured a heavy hit in the market crash as it went down from $194 to as low as $150. However, the coin is now rebounding pretty aggressively as it gained above 5.5 percent the last 24 hours. With a market cap of above $9 billion, the coin is recording a trading volume of $512 million in the past 24 hours. 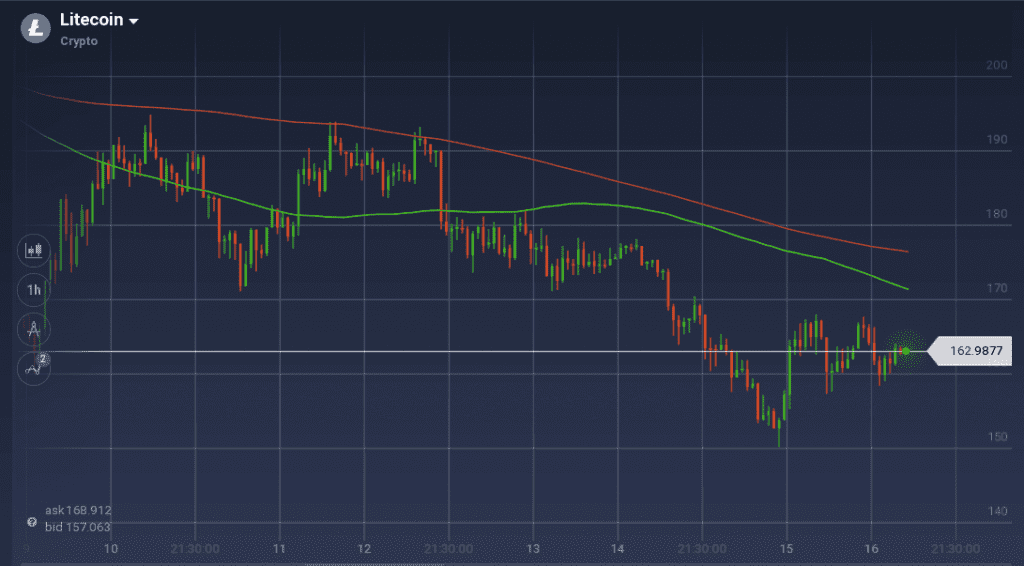 On the weekly chart, Litecoin faced stiff resistance at $193. After testing this resistance level a couple of times, the coin took a downturn, however, it found a support at $173. Due to the resistance at $179, the could not gain either. Soon, the bear took over the entire market and Litecoin was no exception to it. It rallied from $177 to $150 in less than 24-hour span.

After hitting the abyss, LTC is finally rebounding on the daily chart. But it is still facing a massive resistance at $167, which the coin is finding hard to overcome even with support at $159.

As the coin is one its way to test the resistance again, the indicators are signaling a bullish move. Both oscillators – Stoch and RSI – are maintaining a bullish run for a while, and MACD is signaling a similar projection. Currently, RSI is at 50 percent.

Stellar is one of the major losers in the market crash. Even after a gain of above 6 percent in the past 24 hours, its 7-day depreciation is whooping 18 percent. Though it is still the 8th largest coin with $4.3 billion in market cap, its trading volume fell drastically, as in the last 24 hours, only $39 million in trading volume was recorded. 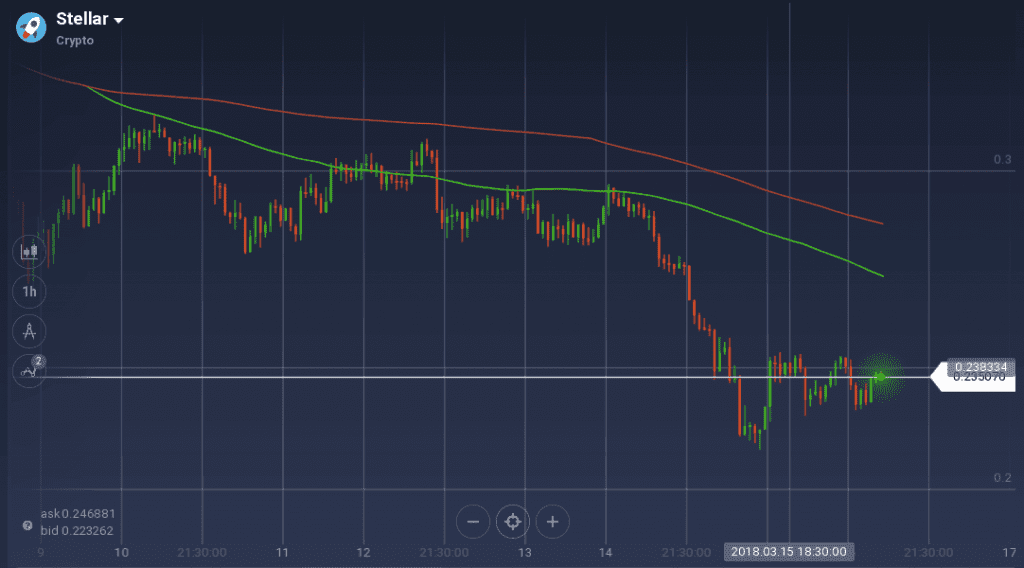 Though the trajectories of most of the coins are similar, the numbers on the charts are different. On the early trading sessions, Stellar faced multiple resistances at $0.31, $0.30, and $0.29. However, support at $0.27 stood strong all along until the dominant bear took over. As the sell-off started, XLM went down from $0.29 to $0.21, a depreciation of more than 27 percent in 24 hours. However, as the market is trying to recover some of its lost value, Stellar is also showing positive signs. But in its progressive path, resistance at $0.24 became a barrier. The coin is continuously testing the resistance with support at $0.22.

Because of the presence of both resistance and support, the signs of the indicators are getting a little mixed. Stoch is soaring aggressively upward, which RSI is tending to take a downturn, which is currently at 52 percent. MACD curves are also hinting a bullish signal.

As opinions differ on the actual definition of cryptocurrencies, the US state of Wyoming has gone ahead and passed a bill referring to crypto utility tokens as a new asset class.

The recent crash was stimulated by multiple factors. Though it affected the market tremendously, it is now trying to rebound with force. Also, despite the divide between crypto supporters and haters, a lot of progress is going on in the space.

Litecoin (LTC) – Is It Becoming the Next Big Token?