Cryptocurrency market is again on a rumble. Though the coins are trying hard to overcome the bearish saga, it is just too strong to ignore. The controversial ratings from the Weiss Ratings gained a lot of public eyes, but could not give the prices a positive boost. Top coins like Ripple has lost a significant amount recently. 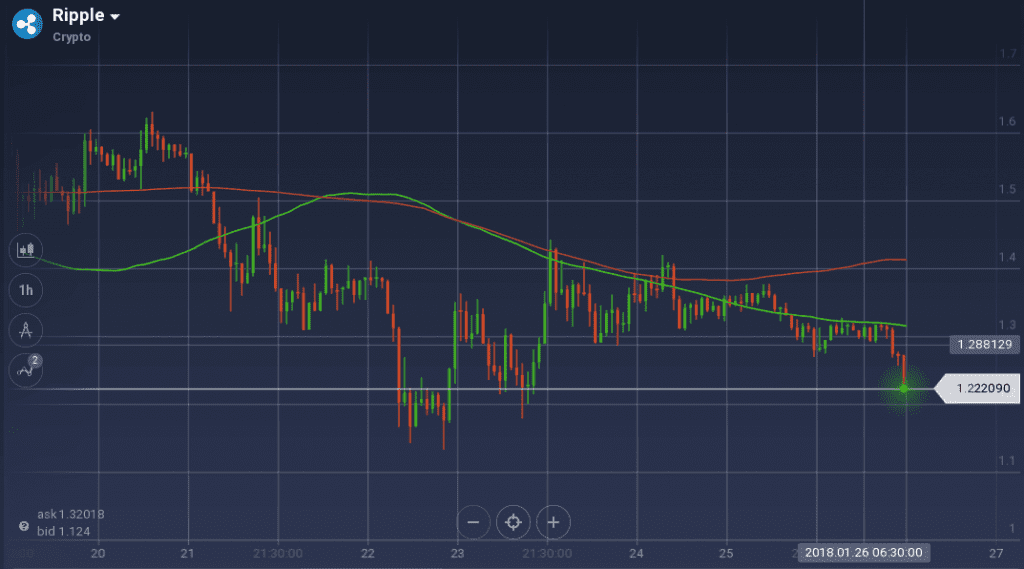 The weekly chart clearly shows the massive price drop in XRP/USD prices. The early week bear resulted in a price drop from $1.6 to below $1.15. Though along the way, the coin tried to find some support around $1.3, it failed. Finally, $1.17 acted as a strong support level and also pushed the prices upward to recover for a short term. But new resistance levels become prevalent between $1.35 and $1.4. Though XRP/USD had a support of $1.3 initially, it could not hold the prices for long.

Currently, the coin is in a freefall without any sign of support.

The bearish run has its clear impact on the technical indicators. RSI has joined Stoch in the steep downward run and both have reached the overbuying area, which shows the sellers’ exhaustion. MACD is also showing strong bearish signs.

With the long dominating bearish trend, 100 SMA is also running below 200 SMA, with a significant gap between the curves.

Another coin with an interesting price movement is DASH. Though the coin is loosing like most of the other coins, it has an odd bullish trait too. The coin lost around 6 percent on the weekly chart, but still, it is among the 15 biggest coins in the market. The current market cap of DASH is over $6.1 billion. 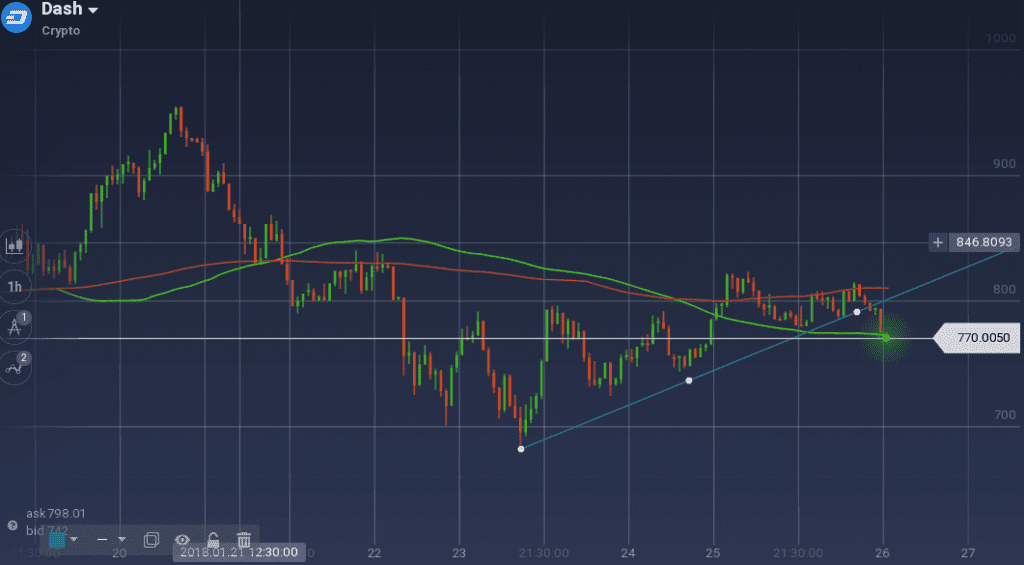 DASH had an incredible bullish run in the early week. But after reaching the peak at $955, the resistance resulted in a pullback. The trend of this downward run was very strong, and it took almost all the coins in the market.

In around 48 hours, DASH even went down to $680. After this long haul bearish run, $695 supported the coin and checked the falling prices. Though the coin tried to recover, new resistances formed between $790 and $820. But with consecutive support at $730 and $780, DASH maintained a gradual bull. But now, the market bear again took over and the DASH/USD started to fall again.

Because of the resistance, 200 SMA went above 100 SMA. After reaching 50 percent Fibonacci level, the price curve is now falling towards 23.6 percent.

The oscillators are also in a freefall. Stoch and RSI are steeply going down and the current value of RSI is at 23 percent, below the 30 percent overselling mark.

News of new Chinese regulation on the cryptocurrency and ICOs has surfaced and according to reports, these will be imposed by May 2018. If the Chinese government allow the crypto trading again, even under strict rules, it will be a huge development in the market.

As the crypto war is going on between the exchanges, a new player in the market has emerged – Robinhood. Robinhood is targeting the lucrative Coinbase clients in the US and has announced that it will offer free crypto trading to all its clients.

The CEOs from around the world gathered at DAVOS could not ignore the rising crypto economy. Many world leaders also addressed the issue saying the regulation is necessary to curb illicit activities. The UK prime minister Theresa May has said the government “should be looking at cryptocurrencies and Bitcoin very seriously.”

Cryptocurrency market is in a funny situation right now. Many governmental authorities are voicing their tough stance against the booming market, but at the same time, a lot of development is also going on. So even if the government impose regulations, it will be tough to completely curb the market like China, as the economic impact will be massive.

Next article NEO: The Chinese Platform with Great Potential

IQ Option·19.01.2018
Close
We use cookies to understand how you use our site and to improve your experience. By clicking "Got it" or by continuing to use our website you agree to their use.
Cookie settingsGot it
Manage consent