In December, the cryptocurrency market touched its apex to date. But now the entire market is not gaining at that pace as most of the coins are fluctuating. This is also a good sign as it indicates stabilization of the values.

Bitcoin is finding a hard time to regain its prime value again. The coin is even struggling to be above $10,000. Though the coin gained around 3 percent weekly, in the daily chart, it’s losing. The current market cap of the coin is $186 billion. The trading volume of the coin has also decreased significantly, and in the last 24 hours, it was only $6.7 billion. 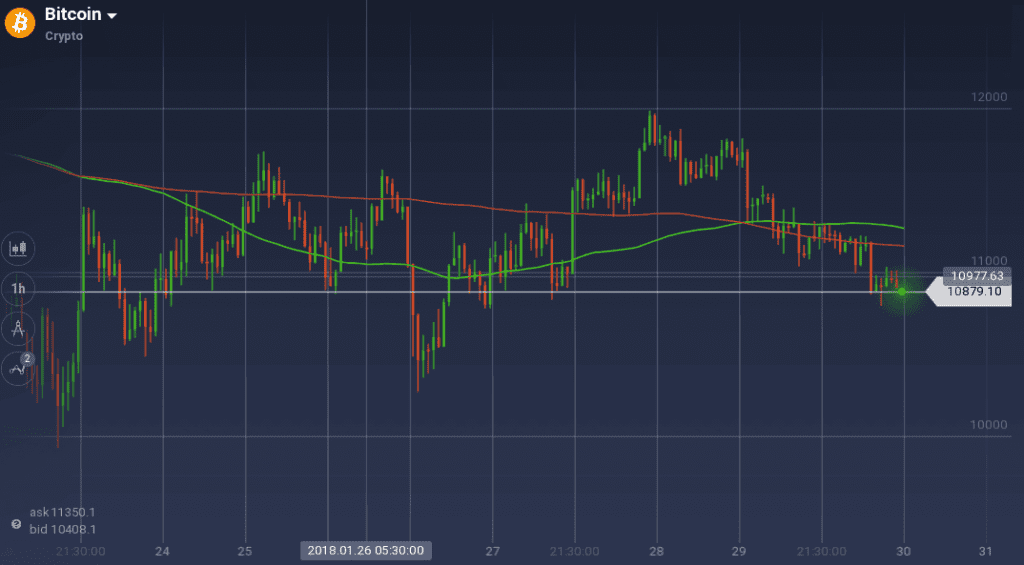 In the weekly chart, the coin was fluctuating with a tendency to move upward initially. But it had to face a massive resistance at $11635. Support level was also present at $10925. After dropping to $10330 in the midweek, the price pivoted and a bullish run began. The bull had a strong trend, but soon it had to face the stiff resistance at $11970. With some support around $11550, Bitcoin tried to breach the resistance, but it failed and a bearish run took over. The coin is dropping since.

Currently, the coin is at $10900 and is looking for any support. It has reached 61.8 percent Fibonacci level.

The oscillators are indicating an upward movement recently after dipping for a while. Stoch has stabilized, and RSI is moving upward with currently value at 38 percent.

Ripple is the only cryptocurrency which made billionaires. But the frenzy did not last long as the currency soon plummeted. Ripple is still the favorite in South Korea as more than 60 percent of its trading is done in the exchanges located in the Korean peninsula. The coin still is the third largest coin with a market cap of around $48 billion.

Ripple was dominated by multiple bearish runs throughout the week. The coin tried to recover in the midweek, but strong resistance and dominance of the bear did not allow it to continue for long. 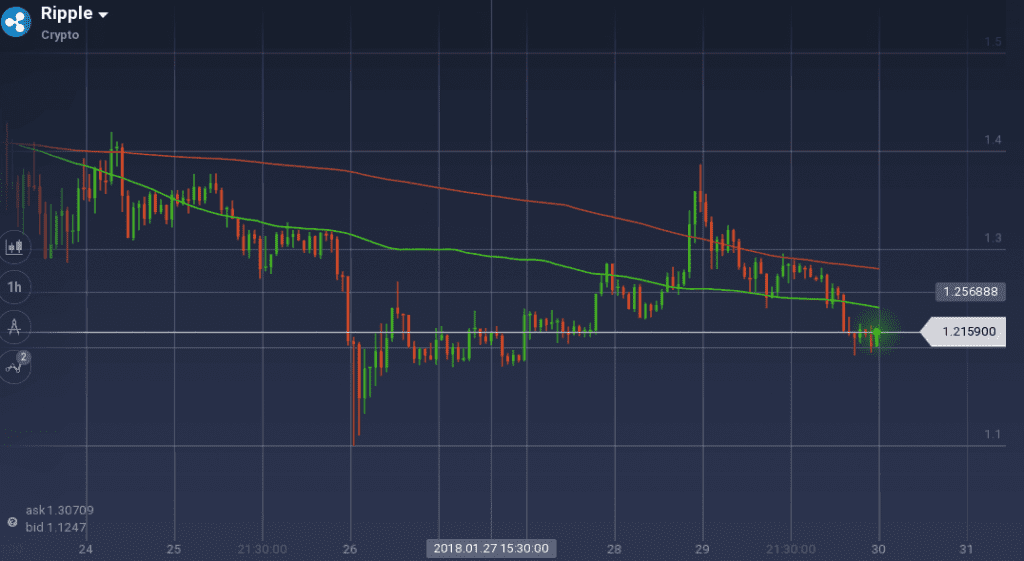 Ripple started the week with a gradual declining tendency. Support at $1.3 and $1.37 tried to hold the value, but neither succeeded. With a sudden dip, the coin dropped to $1.1, but then the value pivoted. But it faced another resistance at $1.3, though support at $1.18 was also present.

The coin finally breached the resistance and went above $1.36, but the peak resistance resulted in a classic pullback. Since then, the coin is on a downward move. Though some support level along the way tried to hold the value, none worked. XRP/USD lost 7.4 percent on the daily chart.

The technical indicators are currently signaling a positive sign as another support is trying to hold XRP/USD’s falling prices. Stoch and RSI, both went below the overselling zone, and now they are recovering. RSI is currently at 38 percent. With the downward runs dominating, 100 SMA is running below 200 SMA.

Earlier this month, coinmarketcap.com excluded the prices from the South Korean market, which resulted in a great dip in many coin’s market cap, Ripple the most affected one. But now as the country’s tensions are easing, they have reinstated the South Korean prices.

Canada, one of the crypto friendly country, has unveiled a government Blockchain identity prototype while declining to change Bitcoin tax rules at the World Economic Forum (WEF) 2018. The country has partnered with the tech giant Accenture for making this blockchain-based traveler ID.

Japanese cryptocurrency exchanges are strengthening their self-regulation procedures following the hack of one of the country’s largest crypto exchanges, Coincheck. The Japanese Financial Services Agency has yet to approve Coincheck’s registration as a crypto exchange.

Cryptocurrency News: Where Are We Headed?

IQ Option·01.08.2017
Close
We use cookies to understand how you use our site and to improve your experience. By clicking "Got it" or by continuing to use our website you agree to their use.
Cookie settingsGot it
Manage consent