Alibaba and Tencent are destined to clash in Southeast Asia (SEA) over startup opportunities present in the developing countries. Two Chinese companies will not only compete domestically but spill their scramble to the neighboring region from now on. Home to 600 million consumers, SEA has attracted the attention of investors and businessmen from all over the world for quite some time. 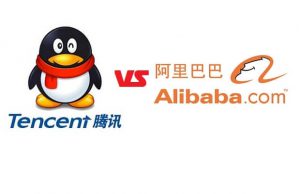 According to Google, the Internet economy of Southeast Asia will be equal to $200 billion in a matter of few years, which is 6.5 times more than back in 2015. Now, two Chinese Internet-giants indicate their willingness to capitalize on the rising e-commerce trend.

In April 2016 Alibaba has invested $1 billion in Lazada, online retailer serving six neighboring countries. Since then, the company of Jack Ma has doubled the investment in order to bring its share to 83%. Tencent split the investment between several promising companies including Thailand-based Sanook, Smule and Joox, also giving birth to a number of joint ventures. The deals are not limited to the stated above. They rather demonstrate the direction of the future development for two companies and outline opportunities that are currently present in the region.

Beware the Rise of Volatility

The World Without Netflix

Technology Stocks Drop | Get Ready for an Oil Squeeze