Crypto Analysis: Bitcoin Is on Rise, Gains 6% in 24 Hours

The cryptocurrencies are slowly adding values after the crash. Though the bull is not a significant one, in 24 hours, the total market cap gained $26 billion. However, there is some market moving coins which are adding aggressively to their value.

The performance of Bitcoin attracted a lot of critics lately. The coin turned highly susceptible to FUDs, however, now the coin is in a recovery mode. In the past 24 hours, it gained around 6.3 percent, but on the weekly chart, it is still enduring a loss of 0.75 percent. Bitcoin now holds a market cap of $153 billion, and because of the recent volatility in prices, the trading volume went up to $6.2 billion. 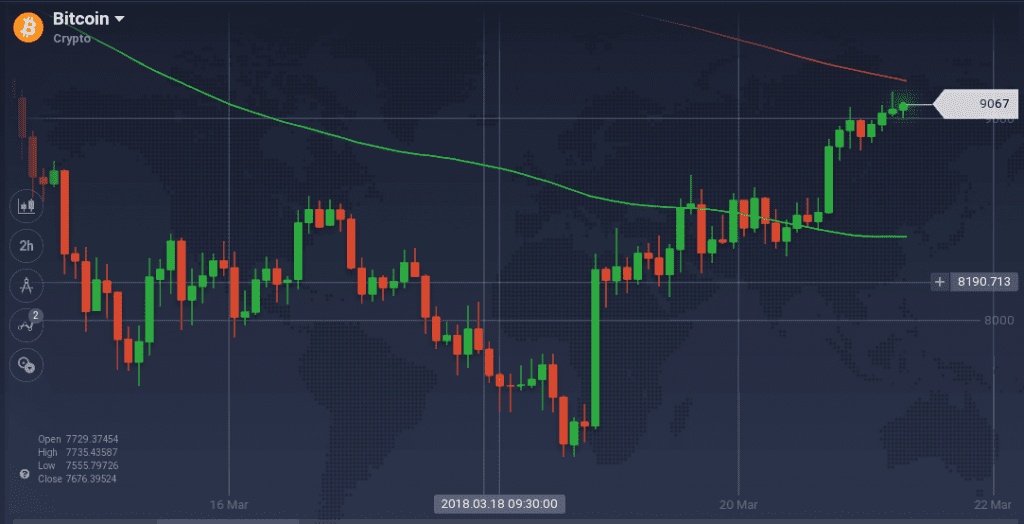 Two steep bearish runs played their role in plummeting the coin’s value this week. Though the coin was trying to recover some of its lost values in the midweek, resistance at $8,400 and $8,600 resulted in pushing the prices downward. After the continuation of the bearish trend for a couple of days, Bitcoin finally pivoted from the pit below $7,350. The bullish trend since is quite promising as the coin is now trading above $9,000. Though $8,600 acted a resistance on the way, BTC breached it smoothly and currently, there is no sign of any significant resistance on the charts.

Synonymous with the coin’s trajectory, the technical indicators are also soaring. The oscillators – Stoch and RSI –  are trading above the overbuying zone for a while now. Though this is showing some exhaustion among the buyers, the lack of any resistance proves otherwise. Other indicators like MACD and ADX are also running bullish.

Ethereum was one of the most talked coins in the dipping market, as for the first time after achieving its apex, the coin dropped below $455. Though the coin is recovering right now, the lack of any bull is not steep enough to gain a windfall. After recovering around 8 percent on the daily chart, the coin is still to recover 15.5 percent on the weekly chart. Its market cap also dropped drastically to $57 billion, however, with the rising prices, the trading volume increased to $1.8 billion. 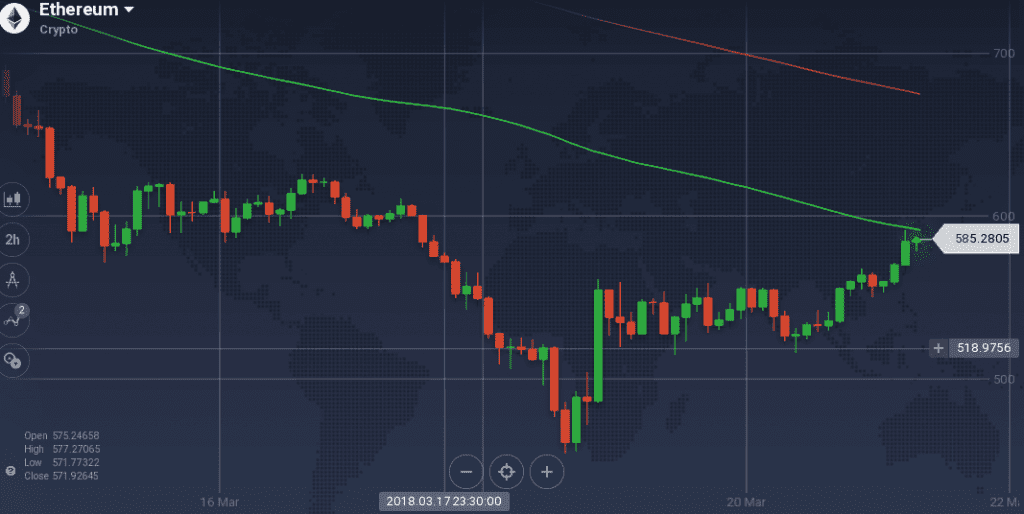 On the weekly chart, ETH faced a massive resistance at $622 after taking a dive below $580. Though there was a support level present at $590, it could not hold the value when another bear took over the entire market. This time, ETH went down from $605 to $455. Fortunately, the coin is now recovering as it pivoted from the abyss. On the path to its recovery, ETH faced a massive resistance at $557, however, with support at $530, the coin tested the level for a while and successfully breached it to rise further.

Due to the ongoing recovery, the technical indicators are showing positive signs. RSI is hovering above the overbuying mark at 77 percent, so is Stoch. Other indicators like MACD is also soaring. However, due to the long dominance of the bearish trend, 100 SMA is still running below 200 SMA.

While many credit card companies have banned cryptocurrency purchases via their cards, it looks like MasterCard has not completely closed its doors on crypto. The payment card giant has stated that it is open to experimentation with the digital currency.

Coinbase has revealed that it has obtained a bank account with major U.K-based multinational financial services company, Barclays. The partnership comprises the first agreement reached between a leading U.K bank and a cryptocurrency exchange.

A draft of a G20 document obtained by Bloomberg reveals that the G20 is leaning towards labeling cryptocurrencies as assets. The news comes as the G20 prepares to discuss cryptocurrency regulation in Argentina this afternoon.

The market is on the rise again. However, the lack of any significant boost is hampering a rapid growth. Let’s see how far it can go this time without stumbling upon something again.

Bitcoin’s Q2 Is Supposed to Be Much Better

What is Ethereum? Explained

Fabiola Pina·06.04.2018
Close
We use cookies to understand how you use our site and to improve your experience. By clicking "Got it" or by continuing to use our website you agree to their use.
Cookie settingsGot it
Manage consent