Last week, Bitcoin reached an all-time high against USD. After breaching the $5000 mark, within the next 12 hours, the value of BTC jumped to $5700 and eventually touched $5820. Breaching $5000 mark alone was a massive achievement for the coin.

Since the inception of the blockchain based coin, its facing criticism from the established financial sectors. Recently, Ilan Goldfajn, President of Brazil’s Central bank, compared it with a pyramid scheme. He said,

The bitcoin is a financial asset with no ballast that people buy because they believe it will appreciate. That is a typical bubble or pyramid.

But in spite of all the criticisms, the crypto spectrum is attracting huge investors.

So, how exactly is bitcoin growing? And is there anything to worry?

In the chart of last few months, it is clearly visible that bitcoin is experiencing an incremental growth rather than a steady one. Without any support system, this is based mostly on the traders’ speculations and trust on the coin. 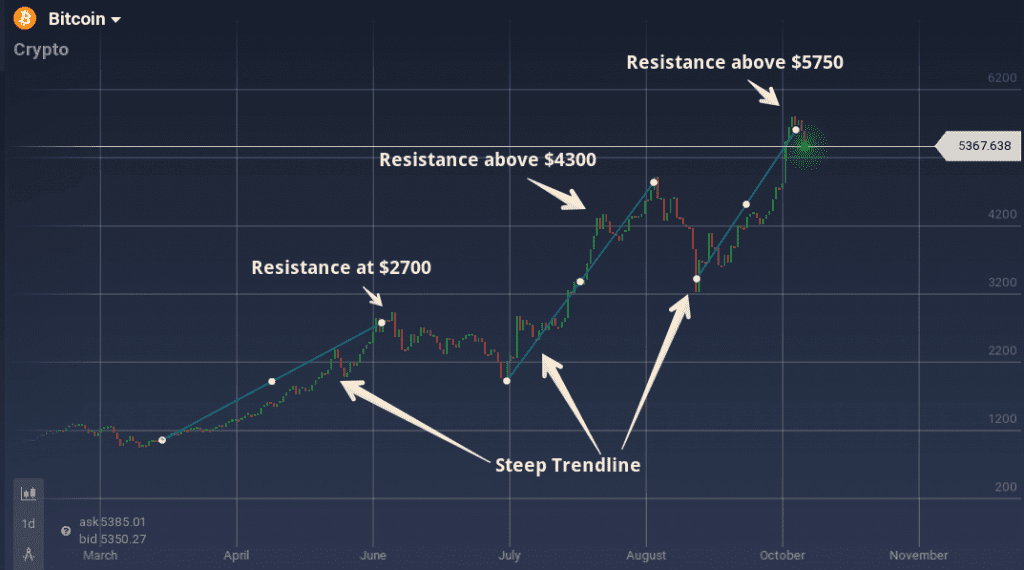 Though in the last month, the coin experienced momentary dip due to the restriction of ICOs in China, the coin eventually surged.

After this week’s surge, the coin is still trading above $5350. Though it’s facing a resistance above $5750, BTC crossed that mark quite a few times this week and is trading between the corridor of $5350 and $5750. 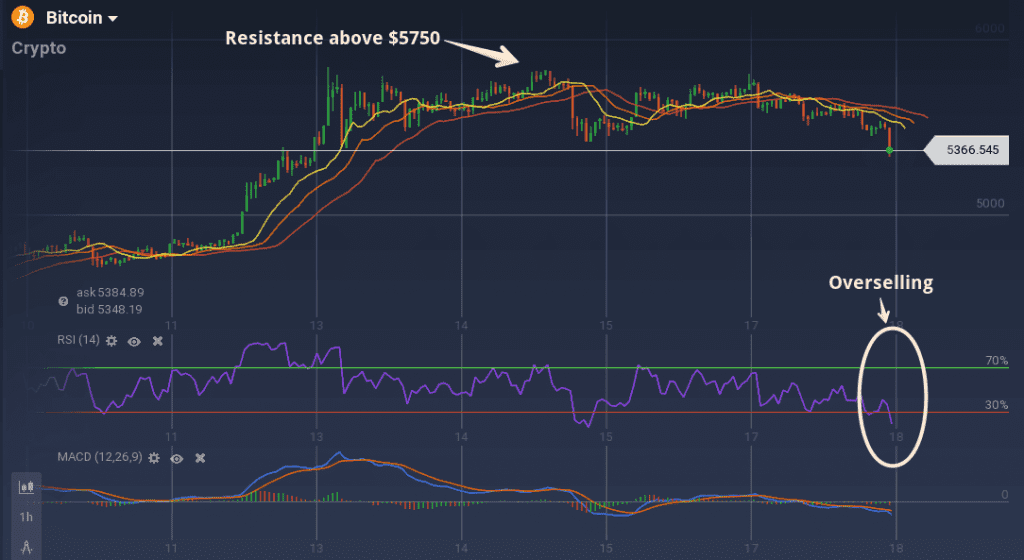 A quick look at the RSI shows that the coin is currently being oversold with an RSI of mere 18.6%. MACD is presently a little bearish, but it can quickly follow a trend shift due to the overselling.

What can we conclude? Well, BTC/USD is facing stiff resistance above the $5750 mark, but so it did $4400 and before that at $4000. But once the resistance was breached, the value witnessed a huge surge.

Many countries are critical about Bitcoin but at the same time, many like Japan and Taiwan, are in favor of making it official. Also, recently, a conservative country like Russia, launched their oven “CryptoRubble”. So, are they eventually going to accept the popular Bitcoin?

With a little more traders trust, even if with some momentary dips with regulations, the price of Bitcoin is most likely to hit the $6000 mark soon.

Next article Barcelona vs. Madrid: What You Need to Know

Both Iranians and Uranus Say Bitcoin Is a Great Investment

Bank of Canada: Most Canadians Are Aware of Bitcoin

IQ Option·26.09.2018
Close
We use cookies to understand how you use our site and to improve your experience. By clicking "Got it" or by continuing to use our website you agree to their use.
Cookie settingsGot it
Manage consent