Aston Martin is ready for a marathon at Le Mans

There are only a few days left until one of the main events in the world of motorsport. On June 17-18, the legendary race 24 Hours of Le Mans will take place for the 85th time on the Circuit de la Sarthe. Three race cars from the Aston Martin Racing team will be going the distance at once. 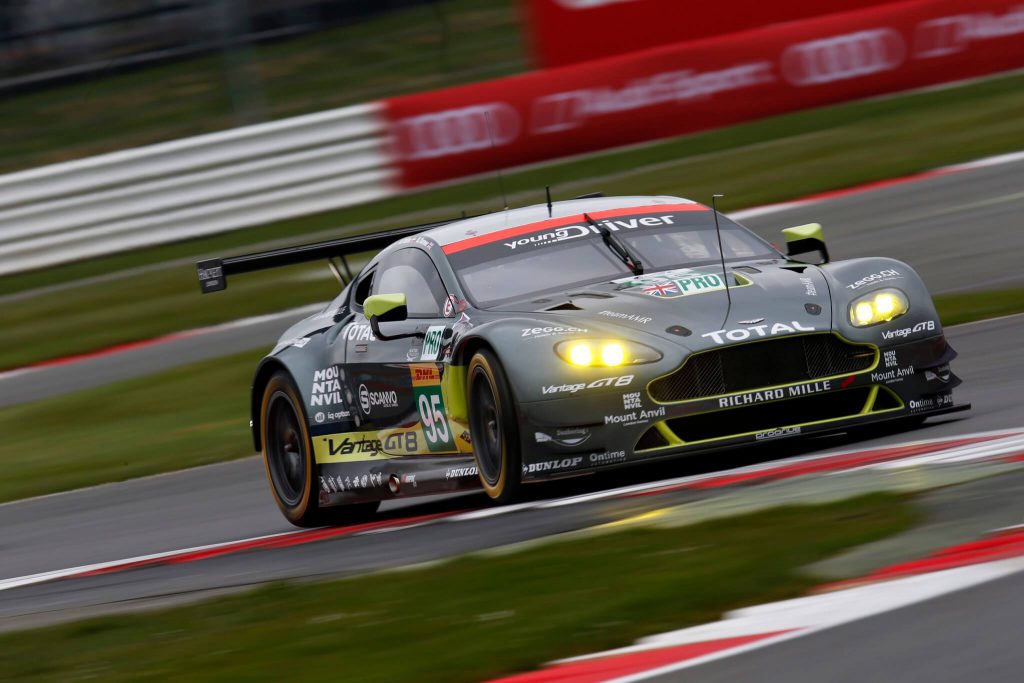 Many experts, and even the drivers themselves, call Le Mans an absolutely different kind of sport. In some ways they are right. The 24-hour race requires both drivers and automakers to be resilient and concentrated for several hundred laps. 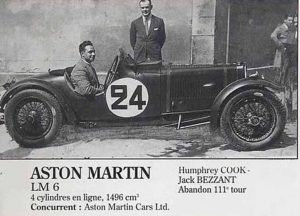 Since 1923, several generations of the best sports cars and thousands of drivers from around the world have taken the challenge of the Le Mans and fought a fierce battle, despite fatigue and weather conditions.
In the beginning, the organizers of the 24-hour marathon tried to come up with unusual promotions to attract the attention of motorsport fans to the race.So in the 1930s, a tradition was born for the start of the race: after the light turned green, the drivers ran from the boxes to their cars, then got behind the wheel to go the distance.

This mass madness at the start was fun to watch from the stands, but every year it led to casualties. In their haste, drivers often forgot to fasten their seatbelts, and then died in a collision with a bump stop or participants of the peloton. 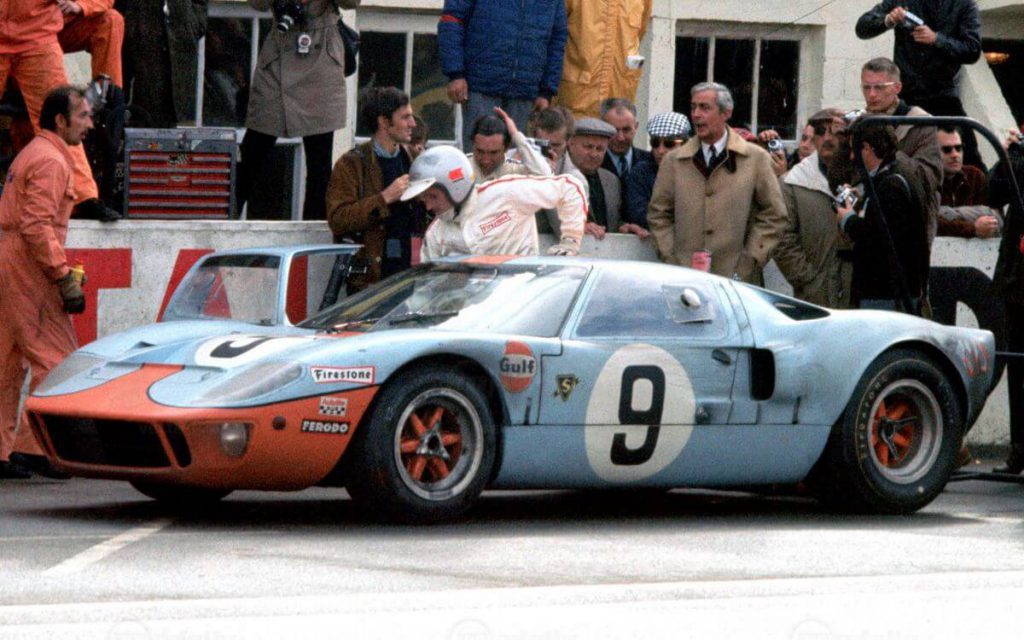 Not surprisingly, this tradition was abandoned in the late 1960s. The organizers admitted their mistake after the Belgian driver Jacky Ickx decided to defiantly ignore the general chaos, walked calmly to his car, quietly buckled up, and won the race by taking advantage of the numerous mistakes of his rivals. 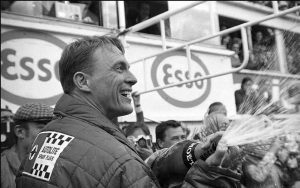 But then the Le Mans gave birth to possibly the nicest tradition in the world of motorsport – in 1967, race winner Dan Gurney took a champagne shower for the first time.

The Circuit de la Sarthe is one of the longest in the world. The lap length is more than 13 kilometers. It is replete with narrow sections that make it difficult to pass, and it is also known for the uneven quality of asphalt, since some of the straight sections are public roads that are blocked off for the duration of the race.
In the late 1980s, the drivers’ cars accelerated to 400 km/h on the famous Mulsanne straight, which is an absolute record among all racing series, including IndyCar and Formula 1. However, later the organizers decided to rebuild this section and tighten safety rules. Currently, the maximum speed of the Aston Martin Racing cars performing in the LMP2 class is 335 km/h. 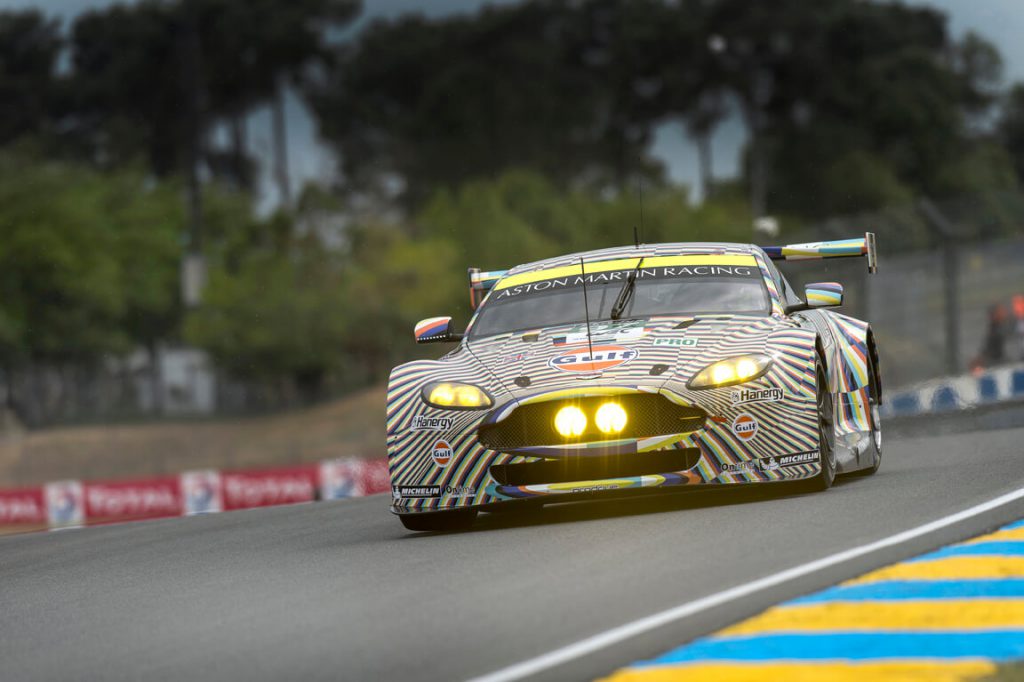 The most frightening and simultaneously appealing part of the 24 Hours of Le Mans is the length of the race. On average, it takes exactly one day for a car from each of the teams that reaches the finish to complete the distance of 4600 (!) kilometers. This is comparable to a journey from New York to Los Angeles or from Berlin to Abu Dhabi. 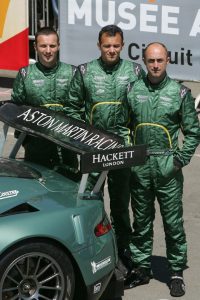 The Aston Martin Racing team has been participating in the 24 Hours of Le Mans almost since its conception. In its debut race in France in 2005, one of the British automaker’s race cars was able to reach the finish line third in the GT1 class while under the control of the ex-Formula 1 drivers Stéphane Sarrazin and David Brabham, as well as British citizen Darren Turner.
In 2006, Aston Martin took second in the GT1 class, and a year later Brabham and  Turner joined by the Swede Ricard Rydell gave the team its first title in the 24-hour endurance race.
Overall, this was the most successful race for the team in its recent history. The Aston Martin race car not only outperformed everyone in the GT1 class, but also managed to take 5th place overall in the Le Mans ranking. This result is still the main achievement of AMR, which could not interfere with the showdown of German sports cars that are traditionally dominant in the race. 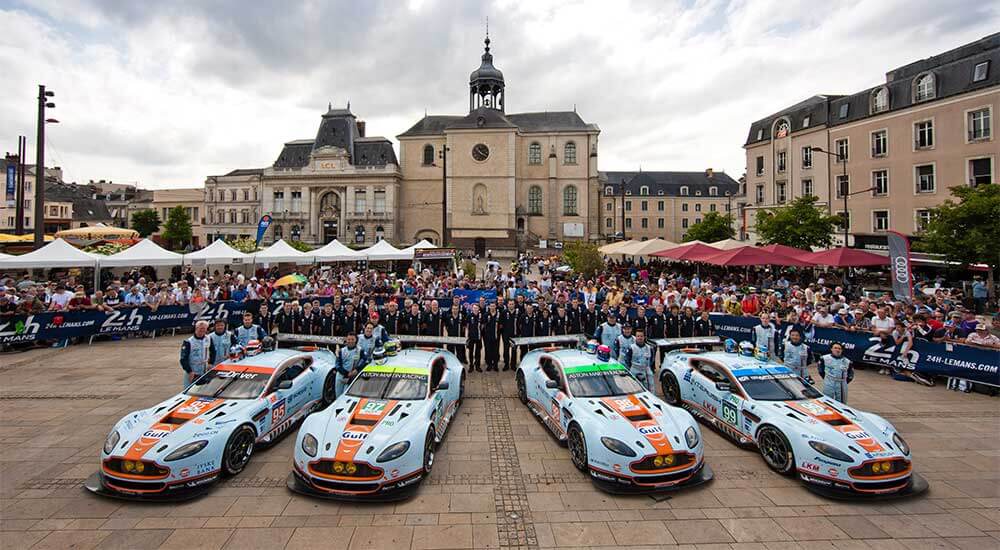 What to expect from AMR this year

Interestingly, all the team’s podiums won at Le Mans on a professional level are associated with the name of Darren Turner, who will go to battle behind the wheel of Aston Martin Racing this season, as well. On Monday, June 12, the team arrived in France and held a traditional presentation in the main square of Le Mans.

According to the experienced British driver, this year AMR has every chance to show a decent result and improve spirits after having a less-than-ideal start of the season in the FIA World Endurance Championship. 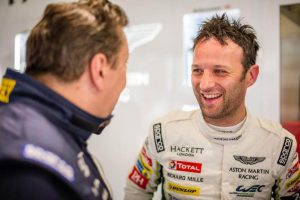 – Le Mans is always one of the weekend’s I look forward to each year and it’s a pleasure to be here for 2017. It’s one of those races that everyone wants to win and I think we’re in a good place going into this week, –  Turner said. – You don’t necessarily need to be the fastest car on a single lap, but consistency and strength across your driver line-up is key which we have in both our car and with our teammates in #95. I can’t wait to get in the car for the first time this week on Wednesday and get the event underway
As mentioned, the start of the 24 Hours of Le Mans is scheduled for June 17.
Don’t forget that by participating in IQ Option’s month-long tournaments you get your own chance to get behind the wheel of an Aston Martin.
[cta_en link=”blog.iqoption.com/en/aston-martin-racing-drive-day/” name=”Join a tournament today”][/cta_en]