After the official cancellation of SegWit2x, all the crypto coins are soaring high. Bitcoin touched a new all-time high, but some altcoins are also reaching new records, and some are re-gaining their prime which they achieved in the month of August 2017.

Though for most of the week, Litecoin fluctuated within a narrow range between $56 and $54. The resistance at $56 was very effective and checked any the price growth beyond that for a substantial amount of time. The support level was also tested multiple times, but it prevented any dip. 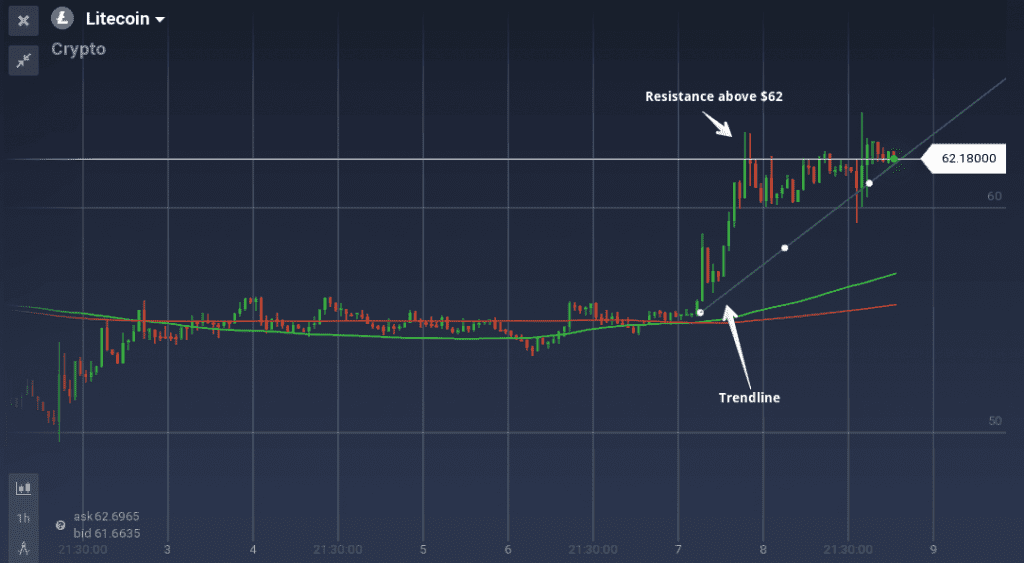 In the last 48 hours, like most of the tokens, LTC/USD pair took a leap from $55 to $62. This is an appreciation of nearly 11 percent in the value of LTC. Though the token is facing resistance at the new high $62, it is being continuously tested. A strong trend line is also supporting the gain, and a new support level at $60.5 is formed.

In the daily chat, the coin is continuously struggling to breach the resistance above $62 and thus appreciated a little more than 1.3 percent.

Even though the oscillators were soaring because of the jump, the stabilized value of LTC/USD because of the resistance also affected them. Stoch and MACD both are running almost horizontal with mixed signals. The RSI is around 53 percent. 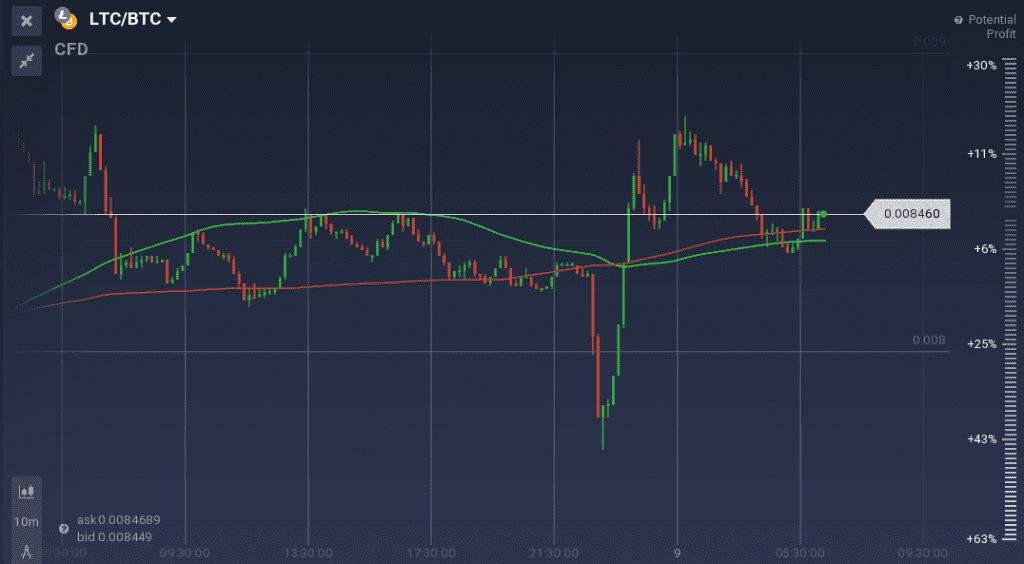 Against BTC, LTC had a lot of ups and downs. The soaring BTC price dipped the LTC/BTC value to 0.0077 BTC but also had a quick recovery due to the soaring LTC. The pair is currently trading at 0.0084 BTC.

Coins Are On Rise with Significant Gains in Last 48 Hours

Thailand & Its Own Digital Currency

IQ Option·23.08.2018
Close
We use cookies to understand how you use our site and to improve your experience. By clicking "Got it" or by continuing to use our website you agree to their use.
Cookie settingsGot it
Manage consent