Hedge Funds Bet on Fuels as Storm Trade Persists, and Other News of the Day

Since Harvey battered the heart of America’s refining industry last month, bets on rising gasoline and diesel prices have surged for three straight weeks to the most bullish in years. But when it comes to West Texas Intermediate crude, scepticism is prevailing. It all boils down to where the supply glut is. While U.S. fuel stockpiles have plummeted – with a record draw from gasoline storage tanks – oil inventories rose as crude-processing plants in Texas struggled to get back on their feet. That’s prevented WTI from closing above $50 a barrel even though last week was the best for the U.S. benchmark since July.

“The numbers are an assertion that they view the fundamentals for those markets as the strongest in years,” an expert said. “And that may be appropriate, given all that’s happened with the hurricane.” Harvey slammed into the South Texas coast on Aug. 25, sparking record-setting floods and forcing the shutdown of nearly a quarter of U.S. refining capacity. Complexes run by Exxon Mobil, Motiva and other fuel suppliers have been steadily returning to full operations since then. Time to go long on gas (companies)? 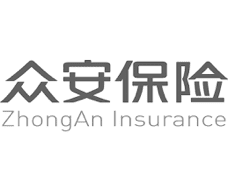 ZhongAn Online, China’s largest online insurer, started taking orders for a Hong Kong initial public offering that could raise as much as $1.5 billion. The Shanghai-based company is offering 199.3 million new shares at HK$53.70 to HK$59.70 apiece, according details. Japan’s SoftBank agreed to purchase 71.9 million shares, worth as much as $550 million, as the sole cornerstone investor in the offering, the terms show. ZhongAn is pursuing the first major fintech listing in Hong Kong amid a rally in the city’s benchmark Hang Seng Index, which last month hit its highest level in more than two years. Any deal would add to the $9.3 billion of first-time share sales in Hong Kong this yea. The company plans to use proceeds from the offering to strength its capital base to support business growth, according to the terms. ZhongAn aims to price the offering Sept. 21 and begin trading Sept. 28, the terms show. JPMorgan Chase & Co., Credit Suisse Group AG, UBS Group AG and CMB International Securities Ltd are joint sponsors of the offering.

Ant Financial, the online-payments provider backed by Chinese billionaire Jack Ma, is ZhongAn’s biggest shareholder with a 16 percent stake, according to a prospectus filed to the Hong Kong exchange. 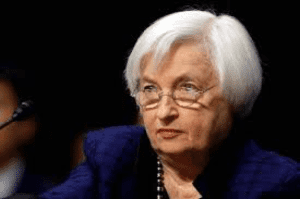 U.S. equity investors could rotate out of high-yielding sectors and into stocks of banks, which would benefit from the next leg up in interest rates, after the Federal Reserve’s policy-setting meeting wraps up on Wednesday.

If the Fed next week gives a nod to rising inflation or focuses its trimmed-down bond buying on longer-dated bonds as it winds down its balance sheet, there could be a shift around of preferred sectors, investors said.  “In the short run financials will benefit,” said a portfolio manager, if the Fed action pushes long-term rates higher relative to short-term rates.

This week’s meeting is not expected to result in an interest rate increase, but investors will focus on how Fed Chair Janet Yellen characterizes recent inflation readings, for clues to the likelihood of a hike in December, as well as on how the U.S. central bank will begin to wind down its $4.5 trillion balance sheet. Inflation has been persistently low but Yellen could dismiss this as transitory and point to recent stronger-than-expected data on consumer prices.

Investors typically sell shares of utilities and telecoms as well as high dividend payers when interest rates rise, partly because they lose their appeal as bond proxies since investors can expect similar returns investing in bonds, which are seen as safer assets. While the Fed’s expected announcement of the trimming of its balance sheet has been well telegraphed, investors will look for any Fed reveal on its preference for shorter- or longer-dated bonds when it reinvests a portion of its maturing assets. Time to go short on utilities and telecoms? 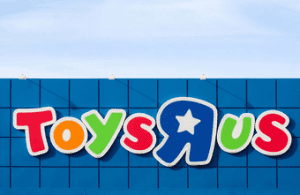 Toys ‘R’ Us could file for bankruptcy in the coming weeks as pressure from skittish suppliers intensifies, the Wall Street Journal reported on Friday, citing people familiar with the matter. The company and its restructuring advisers are considering filing for Chapter 11 protection in the U.S. Bankruptcy Court in Richmond, Virginia, according to the WSJ report. The privately-held toy retailer had previously said it was working with investment bank Lazard Ltd to help address its approximately $5 billion in debt, of which roughly $400 million comes due next year. The potential Chapter 11 filing could be a result of the company’s suppliers tightening trade terms, including holding back on shipments unless the toy retailer is able to make cash payments on delivery, the newspaper reported.

Toys ‘R’ Us declined to comment on the report.

8am – speech from BoE governor Mark Carney: watch for any further comments on the outlook for monetary policy following on from the BoE meeting, at which policymakers expressed a view that rates should begin to rise in ‘coming months’. Market to watch: GBP crosses

2.30am – RBA meeting minutes: these should help provide some more colour on future policy direction. Market to watch: AUD crosses

3pm – US existing home sales (August): expected to rise to an annual rate of 5.5 million from 5.4 million. Market to watch: USD crosses

7pm – FOMC decision (press conference 7.30pm): no change in policy is expected, but watch for any indications that the outlook for rates is shifting, or whether the committee is still looking to raise rates once more this year. Markets to watch: US indices, USD crosses

4am – BoJ rate decision: no change in policy expected, watch for any commentary regarding further easing. Markets to watch: Nikkei, JPY crosses

1.30pm – US initial jobless claims (w/e 16 Sept): expected to fall to 236K from 284K as the impact of hurricane-related disruption recedes. Markets to watch: US indices, USD crosses

8am – 9am – French, German, eurozone PMIs (September, flash): watch for further signs of improvement in the services and manufacturing sectors, which could be positive for the euro. Markets to watch: eurozone indices, EUR crosses

Economic Calendar for August 22nd: Some Important Events, Which Can Move EUR, CAD and USD