This week, though for a short while, Bitcoin Cash surpassed Ethereum to be the second largest coin according to the market cap. With the sudden boost, BCH/USD almost doubled its value. But the soon dropping BCH again put bullish ETH in the second spot. Currently, Ethereum is holding that position firm with over $30 billion market cap. The trading volume of the ETH also shot up with last 24-hours trading volume over $1.8 billion.

Last week ETH had a lot of ups and downs against US dollar. In the early week, a steep upward rally took ETH/USD value from $288 to $326 in little more than 48 hours. But the strong resistance level above $327, resulted in a dip and ETH/USD value nose-dived to $290. But the coin had a lot of support in the $290-$297 regions, with the former acting as a pivot. At the same time, the pair faced a lot of resistance between $315 and $319. Even after testing those levels multiple times, ETH/USD could not breach the resistance. 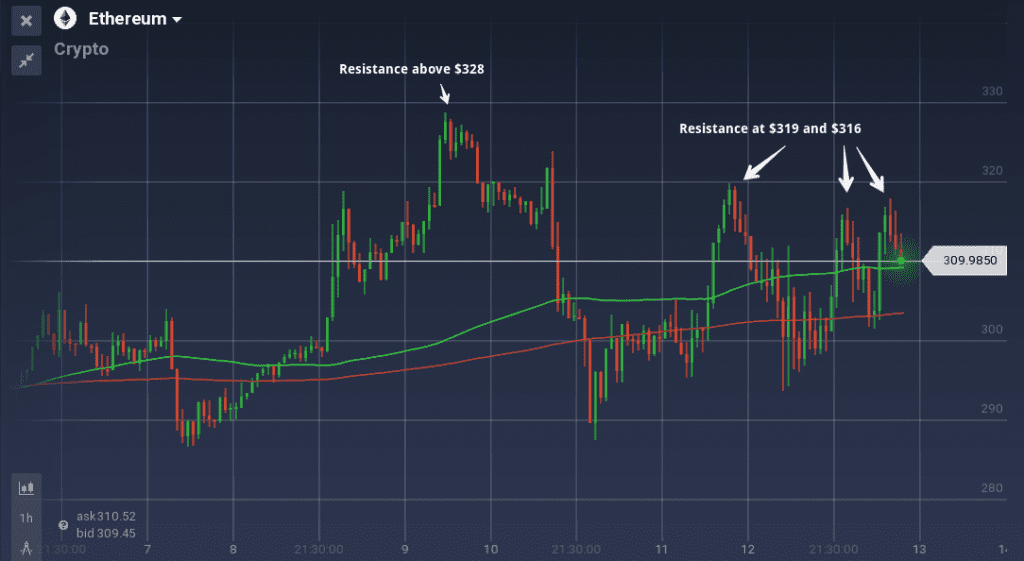 Because of the falling Bitcoin and rising Ethereum, ETH/BTC had a great week. Though in the early week, the pair dipped from 0.053 BTC to 0.046 BTC, ETH/BTC eventually gained an upward momentum which it maintained from the rest of the week. With 6 percent appreciation over the week, ETH/BTC is currently trading at 0.052 BTC.

EOS Manages to Gain 8% in a Stagnant Market

IQ Option·06.04.2018
Close
We use cookies to understand how you use our site and to improve your experience. By clicking "Got it" or by continuing to use our website you agree to their use.
Cookie settingsGot it
Manage consent