Dash is a leading gainer in the soaring crypto market. The past week was also very eventful for the coin, and now it is the 7th largest coin in the market regarding market cap and is also holding above $7 billion in market cap. Due to the high volatility, the trading volume skyrocketed in the last 24 hours with nearly $369 million.

Considering the weekly chart, the token was on a gradual downturn in the early week. DASH/USD pair dipped from $765 to $630 until it found support at the later. The $630 support level also acted as a pivot and initiated an upward movement. But the coin faced a stiff resistance at $741 which pushed the value downward. But the token again found support at $630, and it again acted as a pivot.

Only this time the rise was steep and DASH crossed $900 mark for the first time registering a new high at $925. Though the coin is facing resistance around $900, it is still testing the peak resistance. In the past 24 hours, the token appreciated more than 20 percent with the bullish rise. 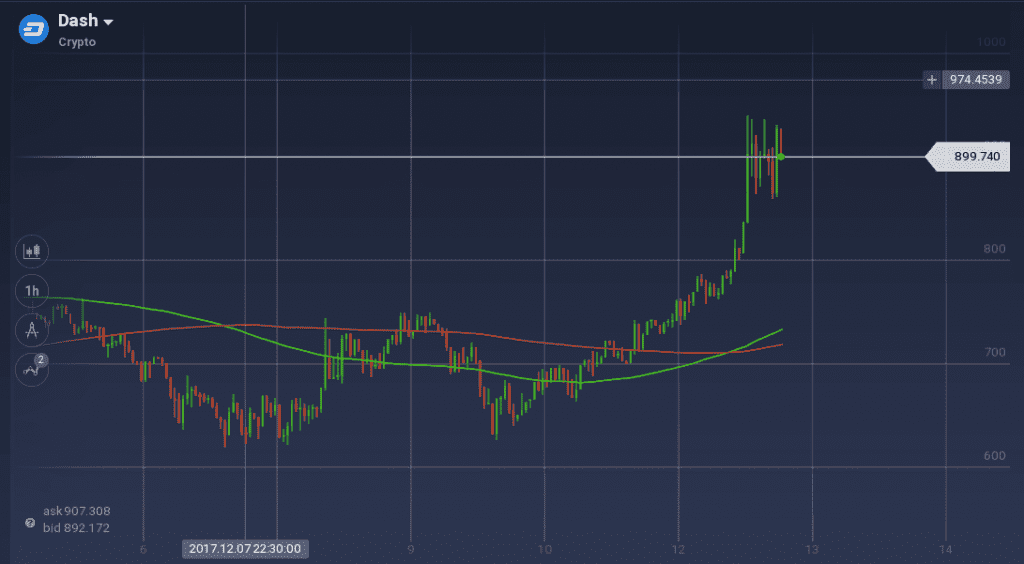 Bitcoin Cash: The Rival Clone of BTC. Which One Will Survive?

5 Reasons to Why Bitcoin is Here to Stay