After weeks of record-breaking bullish run, Bitcoin’s momentum finally slowed down this week. Still the mammoth coin hold market cap of above $235 billion. The trading also slowed down, but still, in the last 24 hours, trading volume of above $10.6 billion was recorded.

For Bitcoin, the week was dominated by bearish movement. The week started with the gradual downward momentum which ultimately gained pace. At a certain point, the coin even dropped below $11,000.

The falling coin ultimately found support around $11,600 which also acted as a pivot. The resistance at $15,000 checked any further recovery of the coin also pushed it downward again. Luckily, the support at $11,600 was strong enough to prevent the fall again. 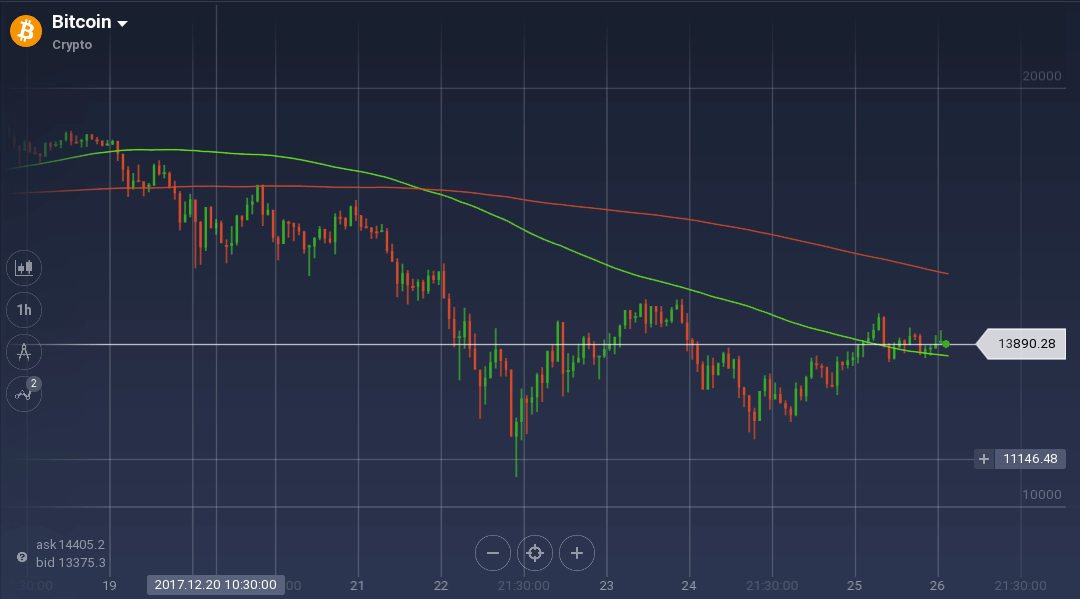 Currently, the coin is rising gradually toward testing the resistance at $15,000 again.

With the bearish week, the 100 SMA went down of the 200 SMA. Currently, the coin is testing the 38.2 percent Fibonacci retracement level and also breached it for a while to approach the 50 percent mark.

The oscillators are indicating mixed signals. Stoch is recovering after a fall nearing the overselling mark and is going upward. While RSI is hovering around 50 percent pointing down.

The persistent slide in the Bitcoin prices probably motivated the traders to liquidate their Bitcoin assets before the end of 2017.

Also, the enthusiasm in the market about the introduction of futures faded away leaving no strong catalyst to spring another rally.

Few upgrades in the Bitcoin’s network are also scheduled recently. Even before the clock dings an end to 2017, another the Bitcoin network will have another hard fork.

Previous article No Holiday Peace for Bitcoin and Other Digital Currencies

This Is the Promise of Bitcoin Dominance