The weekend trading sessions proved to be great for cryptocurrencies. As most of the coins appreciated, the total market cap has jumped to $470 million.

Ripple became one the leading gainers in the recent charts. The coin added more than 15 percent in last 24 hours, thus appreciating 8.6 percent on the weekly chart. The trading in the coins also skyrocketed as the trading volume in last 24 hours was recorded to be $1.04 billion. As always, XRP is still the favorite among the South Korean traders as nearly 40 percent of XRP trading was done against KRW. 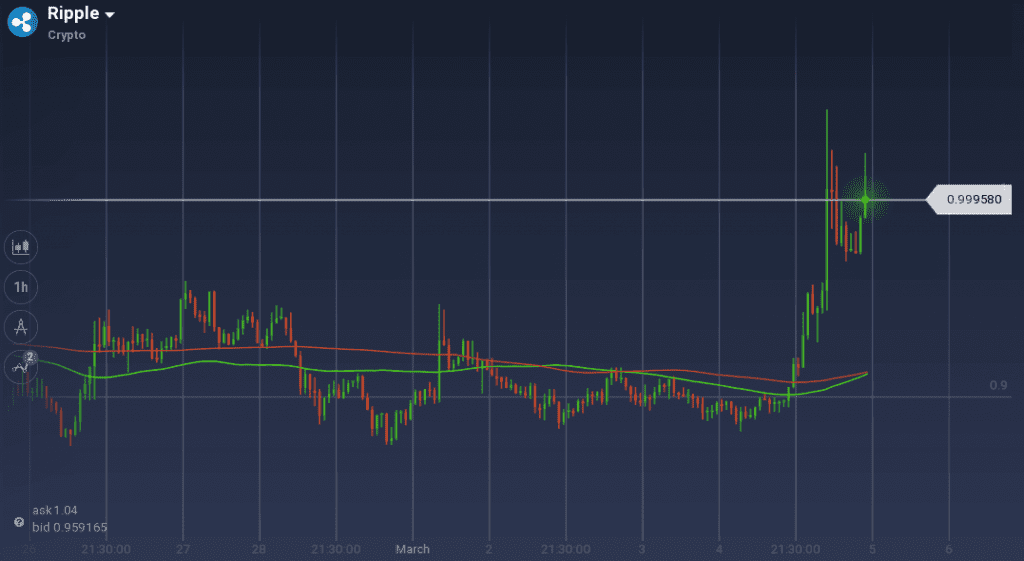 On the weekly chart, XRP was facing stiff resistance between $0.94 and $0.95. Though support was present at $0.92, it could not hold the value for long, and the price fell until it found support at $0.87. $0.87 and $0.88 acted as support multiple times on the weekly chart. For a substantial period, XRP/USD pair traded between the narrow resistance and support level at $0.91 and $0.88 respectively.

Because of the recent surge in the value, all the technical indicators are showing a positive sign. Stoch is on an upward run after maintaining a downward pace for a while. RSI is showing positive movement and the curve has reached above 76 percent. MACD is also showing bullish momentum.

Market’s original and leading cryptocurrency – Bitcoin – has maintained a bull all around the week. After long time struggle, Bitcoin surpassed the resistance at $11,000. The coin gained more than 19 percent on the weekly chart and maintained its upward momentum with 3 percent gain on the daily. The market capitalization of the coin has also reached $195 billion; $115 billion more than the second largest cryptocurrency – Ethereum. 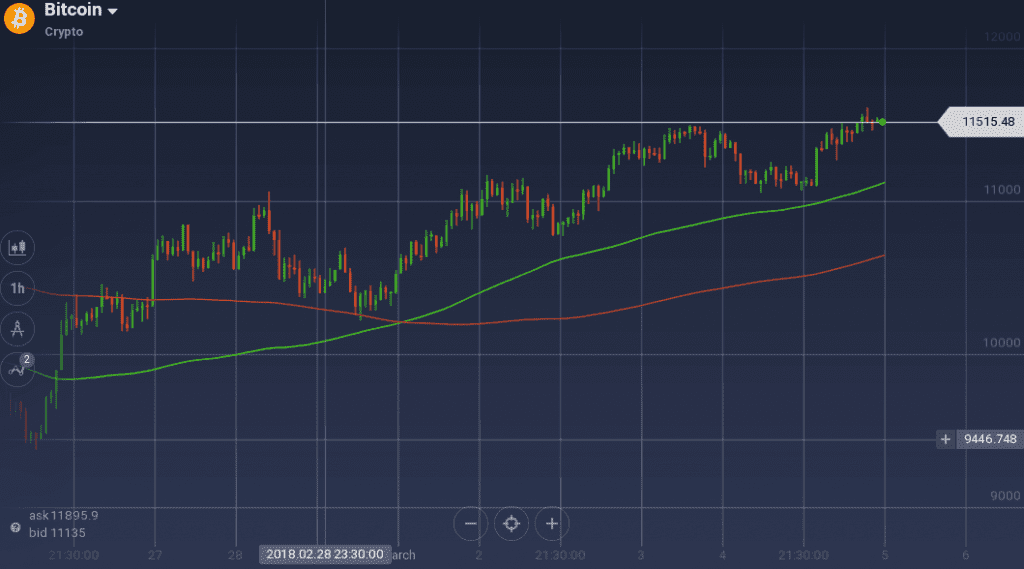 All the technical indicators are signaling strong positive sign due to the bullish trend of the coin. The oscillators – Stoch and RSI – are running in the overbuying zone, showing exhausting among the buyers. MACD is also running with a strong bullish momentum.

Hong Kong cryptocurrency exchange Binance has announced that it has reduced its bitcoin withdrawal fees by 50 percent, which was followed by San Francisco crypto exchange Kraken.

Coinbase is facing two class-action lawsuits, both filed on the 2nd of March. The first involves insider trading while the second involves unredeemed funds and a possible violation of the Unclaimed Property Law of California.

After a long stagnant period, Bitcoin has finally gained a strong pace. If it can maintain it for a while, the coin might gain substantially in the near future.

The Price of Bitcoin Falls

Bitcoin Would Be a Problem, Not an Economy

IQ Option·23.04.2018
Close
We use cookies to understand how you use our site and to improve your experience. By clicking "Got it" or by continuing to use our website you agree to their use.
Cookie settingsGot it
Manage consent