In the last few days we have seen that the cryptocurrency market can be subject to extreme fluctuations.

It is still a very young market, without solid regulations, in which it is necessary to take the right precautions before investing our own capital. And one of the main recommendations that we try to give is to evaluate the technology and the innovative impact that stay behind each one of these cryptocurrencies.

Let’s see today one of the most promising project in this space: NEO 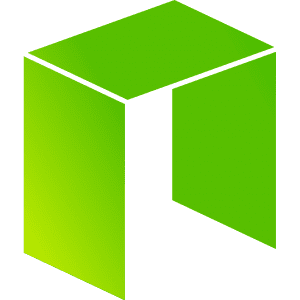 For many people it is not yet clear what is the main purpose of NEO, being a project with a fairly confusing story.

It was founded in 2014 under the name of AntShares, by Da Hongfei and Erik Zhang, two successful Chinese entrepreneurs, with the aim of becoming the first blockchain platform on the Chinese market.

We know that China is a market in which cryptocurrencies have a rather difficult history, but at the same time with some of the highest daily transaction volumes in the market.

Every day, in fact, news about a possible ban from the Chinese government are heard, and at the same time we know for example that the Chinese hold a real monopoly in the field of mining, which is the mechanism through which new blocks of coins they are created every day.

It is therefore not surprising that NEO, one of the most promising projects in the blockchain field, comes from China.

In 2016, therefore, Da Hongfei and Eirk Zhang, seeing investors’ interest in Antshares and more generally towards the blockchain economy, decided to found OnChain, the company that will lead the AntShares platform, which in 2017 will change its name to NEO.

Most of the main features of the platform are still under development, but from its white paper we can understand that the main goal is to create an ecosystem for smart contracts, where programmers and companies will have the opportunity to create new decentralized applications.

Very similar to the concept that underlies Ethereum, that is to make the blockchain not only a mechanism suitable for making a cryptocurrencies, but as a platform that can be programmed on a decentralized basis.

OnChain, in fact, the company that, as we said, owns the NEO platform, in 2016 created a partnership with Microsoft called Legal Chain, in which it aims to exploit the transparency and immutability of the blockchain to organize the identity data of the participants, in accordance with the guidelines of the Chinese government.

The consensus mechanism through which transactions are confirmed within the NEO network is called Delegated Byzantine Fault Tolerance (dBFT). With this mechanism, in which the participants must respect certain conditions dictated by the system, the NEO platform will be able to process about 1,000 transactions per second, with the goal of reaching 10,000.

Another technical fact to add is that NEO supports several basic languages, such as C #, VB.Net, F #, Java, Kotlin, while Ethereum, for example, only supports a native language of its own, Solidity.

So there are many factors that seem to make us consider NEO as one of the most promising platforms in the blockchain space, and we are curious to see what news awaits us in 2018, when many of these realities begin to go into production, showing the world the power of their own technologies.

IQ Option·19.06.2018
Close
We use cookies to understand how you use our site and to improve your experience. By clicking "Got it" or by continuing to use our website you agree to their use.
Cookie settingsGot it
Manage consent