The tremendous bear in the last 24 hours has resulted in the total market cap to go below $300 billion again in a few weeks. Majority of the coins are shedding their value as red is dominating the charts. Though Bitcoin is also dropping, it has captured almost 45 percent of the market, due to the massive dips by altcoins. 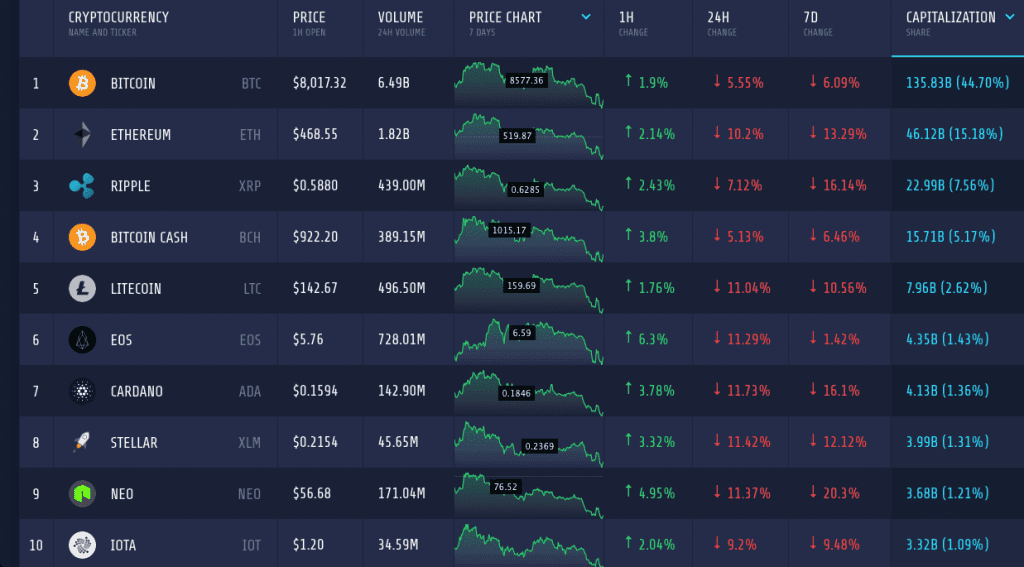 Ethereum, the project which unleashed the true potential of the blockchain, has taken a massive hit in the bearish market. The coin is down by more than 10 percent on the daily chart, which resulted in 13 percent weekly depreciation. With the increasing number of skeptic traders, the trading volume of the coin was recorded to be $1.8 billion in the last 24 hours. ETH is still being holding 15 percent of the market with $46 billion in market cap. 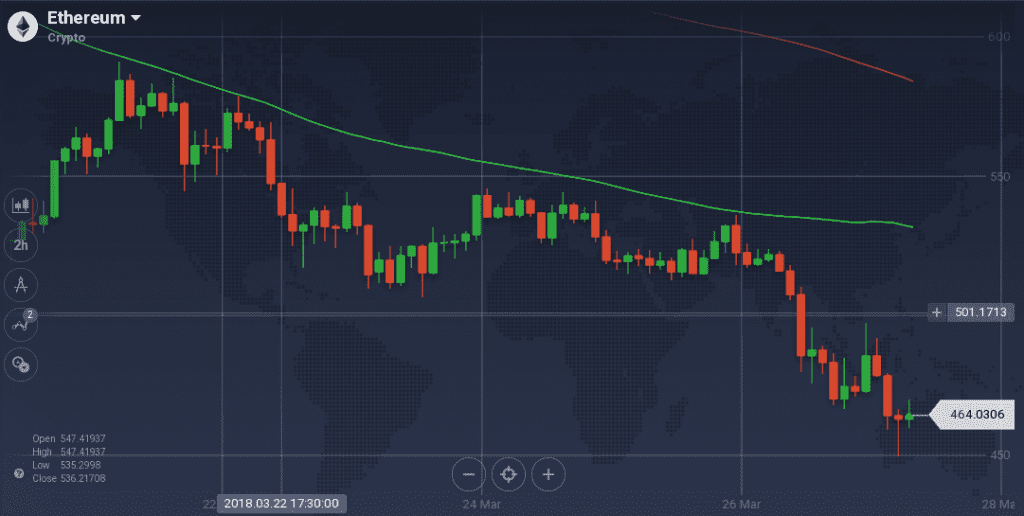 ETH maintained a gradual bearish run throughout the week. After climbing to $590 from its previous dip, a trend reversal due to the peak resistance forced the coin to take a downturn. It dropped to $510, but support there tried to act as a pivot to initiate a bullish run. However, resistance at $543 ceased the upward movement and formation of resistance further at $530 sealed its path.

The presence of resistance and support at close quarters resulted in different signals from different indicators. While Stoch is indicating bull by a trend reversal from the overselling zone, RSI has a downward inclination at 39 percent. MACD, however, is running below the baseline without any major signals.

Among thousands of blockchain-based projects, NEO stands out because of its exceptional promise to change the industry. The coin saw its boom in January, but it has also attracted its fair share of controversy which resulted in its price to plummet. In last 7 days, NEO depreciated by 20 percent, which was boosted by the daily dip of 11 percent. With $3.6 billion in market cap, NEO is the 9th largest coin and has registered $171 million in trading volume in the last $24 hours. 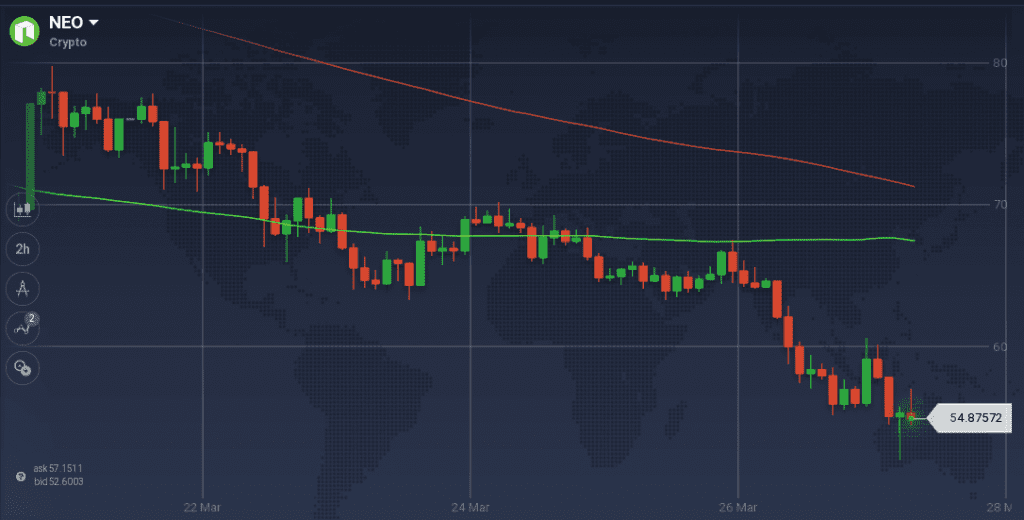 On the weekly chart, NEO maintained a bearish run all around, similar to ETH, as the coin dropped from $78. Support around $64 tried to stop the bearish dominance by initiating a bull, but failed. More resistances at $69 and $67 also acted as barriers in the path of the coins. Eventually, the coin dipped further and is currently struggling to find support around $55.

The constant dip of the coin on the daily charts has resulted in a bearish run of the indicators. Stoch and RSI are running along the overselling mark, while MACD is hinting signals of a bear. The long dominance of the bear on the charts has made it difficult for 100 SMA to climb above 200 SMA.

Israel Securities Authority (ISA) Committee for the Examination and Regulation of Initial Coin Offerings (ICOs) issued a series of “recommendations designed to dispel uncertainty and strike a balance between technological innovation and the protection of the investors.” Included in their findings were whether cryptocurrencies such as bitcoin are considered securities – a decision carrying major implications for future regulation.

The Internal Revenue Service (IRS) has reminded US taxpayers that income from cryptocurrency transactions is reportable on their income tax returns.

Days before legalizing crypto activities, Belarus has adopted a new accounting standard that deals with cryptocurrencies. It classifies digital tokens according to their acquisition and intended use. The document defines the information companies will be required to share with authorities. The presidential decree regulating the crypto sector comes into force on March 28.

The continuous downturn of the crypto market has become worrisome among the traders. However, it might be a good time to gain some profit with CFD instruments, as IQ options is one of the few platforms offering the option to short sell.

Good Time to Short Sell? NEO Depreciates by 19% in 7 Days

IQ Option·17.09.2018
Close
We use cookies to understand how you use our site and to improve your experience. By clicking "Got it" or by continuing to use our website you agree to their use.
Cookie settingsGot it
Manage consent