The currency today is at $ 301, with an increase of 208% in the last 7 days and a marketcap of more than 16 billion US dollars. But the most surprising fact about this race is that the currency is at an annual increase of over 4000%, an extraordinary performance, even higher than the Bitcoin race.

What are the reasons for this incredible increase in value? Let’s see them together.

First of all, Litecoin has a great mass of supporters from all over the world, who see the cryptocurrency not only as an alternative to Bitcoin, but as a currency that can be used to make payments, unlike Bitcoin (BTC), which lately seems to have reduced its capacity as a medium of exchange, due to high commissions and slow transactions.

In fact, Litecoin, which has always been considered the “silver” version compared to the “gold” version represented by Bitcoin in this market, seems to be about to become something more than an alternative cryptocurrency.

What we see every day in the crypto market are all the various approaches proposed by each of these new currencies, that are trying to adopt this powerful new blockchain technology to bring transformations to the entire international economic system. And in these new transformations Litecoin has managed to emerge among many, finding itself today in fifth place in the marketcap order.

Scalability is one of the characteristics that favors Litecoin compared to Bitcoin, and this will allow the currency to be better considered for micro transactions.

But it must also be said that from the very beginning, Litecoin has not set itself as an opponent of Bitcoin, but rather as a complement to it, capable of perfecting the characteristics of lightness that were lacking in the creation of Satoshi Nakamoto.

The genius of Charlie Lee in fact, its creator, has been able to understand the needs of this market and the potential of a new approach to digital currencies, with something that did not completely separate it from Bitcoin (it adopted in fact the same open source code), but that simply perfected it. 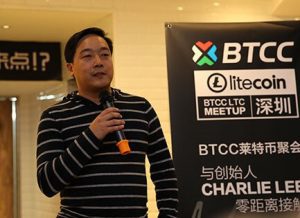 And over the years Charlie Lee has maintained faith in this commitment, knowing how to put himself in an authoritative and respectful manner in the crypto community, and always as a solid reference in the technical field.

The future possibilities can therefore only follow the great potential that Litecoin has shown up until now.

Speculation is one of the elements that has so far attracted the interest of many investors, but soon speculation alone will not be enough, and it will be necessary for each currency to demonstrate a real utility on the market.

It is possible that many online stores will start accepting cryptocurrencies in the coming years, and that a large majority decides to accept Litecoin, because it lends itself more easily to small transactions.

Litecoin was the first alternative currency in the crypto field, and over the years many have been able to understand its characteristics and defend its potential within the community.

2018 will probably be the year in which we will see the first purchases in Litecoin, the first wages paid with this currency, and, slowly, a first great mass interest. Therefore, a good future for Litecoin is expected.

Next article Crypto Analysis: IOTA Was Struggling to Stabilize This Week

Chinese Crypto Market Is Closing. But Does It Matter?

Vasiliy Chernukha·11.10.2017
Close
We use cookies to understand how you use our site and to improve your experience. By clicking "Got it" or by continuing to use our website you agree to their use.
Cookie settingsGot it
Manage consent