A magnificent week for my latest forecasts. Shorting EUR/USD at 1.1720 and USD/CAD at 1.3192 both hit bulls’ eye. Shorting USD/TRY anticipating the Turkish Central Bank’s announcement played well. Shorting EUR/JPY at 130.23 offered 200pips and is currently 1 pip in the red. Going long AUD/USD at 0.7000 was not triggered, yet the advised upward direction was correct. My calls on USD and Ethereum were bad. USD fell by 0.5% and Ethereum tested the 167$ level instead of bouncing at 204$. The good thing is that the token is now trading at 221$.

I keep my short EUR/JPY bias and would re-enter short at 131.77 as we are heading to this week’s monetary policy meeting and leadership elections

I am exiting my short USD/CAD position at current levels and want to re-enter short at 1.3154.

I am offering no view for AUD/USD

The unfortunate situation for the AUD bulls is its correlation with CNY and the significant devaluation that followed trade tensions. In the same way that I expect USD/CNY to balance around 6.65 level, I expect a higher level for AUD/USD than the current one.

I keep my long USD bias 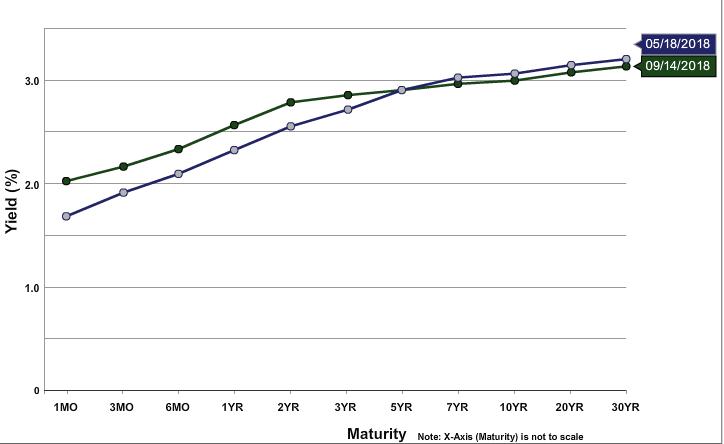 I am keeping my short EUR/USD positions and target 1.1573 as a take profit level

Last’s week’s GBP move has been marked by the expressed optimism of Michal Barnier, the European Chief Negotiator for the UK exit, that a Brexit deal could be struck in the next two months. This time, GBP gains were not short lived and were additionally fueled by the increased GDP m/m reading.