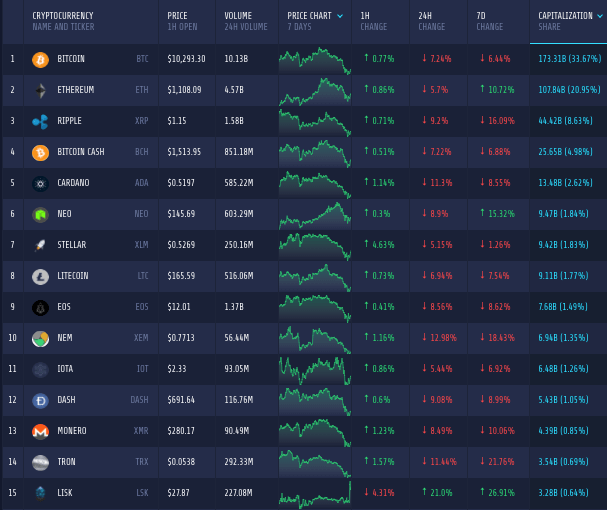 When introduced in 2014, DASH, with its unique blockchain, had made quite a fuss in the market. In 2017 the value of the coin exploded and now it is one of the top 15 coins available. The current market cap of DASH is $5.4 billion. 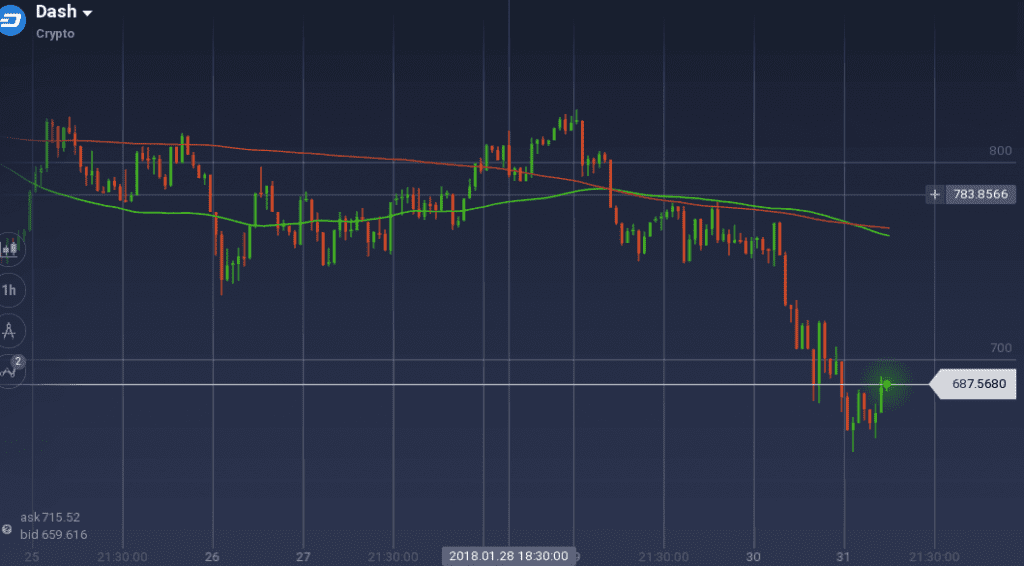 DASH had a promising start in the weekly chart. The coin faced resistance at $820. With a sudden dive, the value of the coin dipped to $739, but that point also acted as a pivot to initiate a gradual upward run. After breaching consecutive resistances at $785 and $810, DASH reached its weekly peak at $825. But then the bear took over the market, and DASH started to fall. Against the steep bear, DASH found some support at $755, but it was not strong enough and was finally breached. DASH finally dropped to $652.

This bear resulted DASH to lose more than 10 percent in the daily chart and above 9 percent in the weekly. The coin seems to have found support in the pit and it is trying to push the value upward. The value has reached 23.6 percent Fibonacci level.

Due to the recent hint of recovery, the oscillators have gone bullish. Stoch is moving up after recovering from the overselling zone. RSI, currently at 48 percent, is stabilizing after a steep upward run.

After the introduction of Tron last year, it has become quite popular. The coin had its fair share of fame as well as controversies. The coin boomed in the first week of 2018, but then it took a massive hit. The market cap of this coin is still $3.4 billion. In comparison to its market share, it is attracting an average number of traders as in the last 24 hours, trading volume was $290 million. 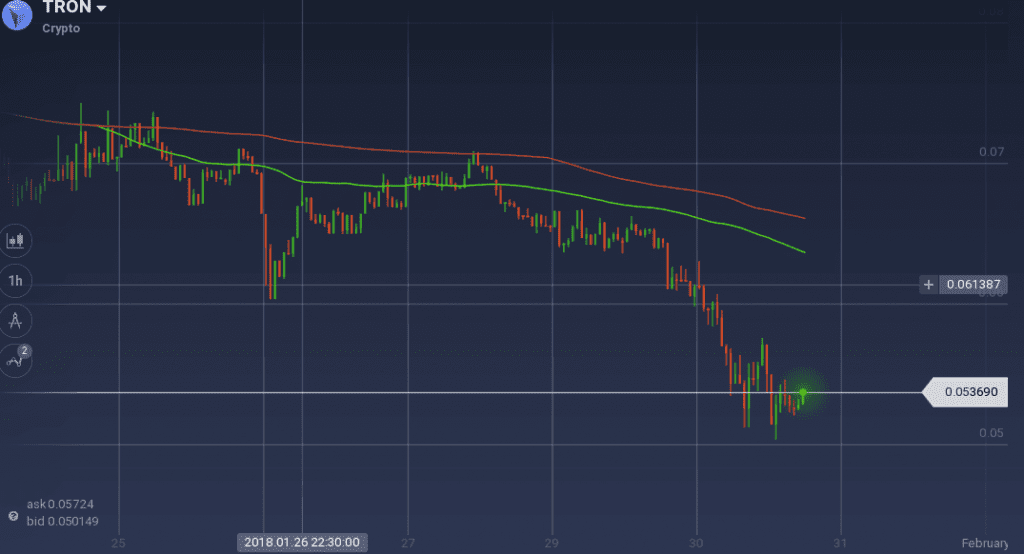 Finally, the steep bear took over and the value dropped to $0.050. TRX/USD has recently found some support at $0.052.

The price curve is now slowly approaching 23.6 percent Fibonacci retracement level. With the dominant bull, 100 SMA remained below 200 SMA throughout the week.

Due to the recent support, all the technical oscillators are indicating a positive movement.  MACD curves are appearing to be bullish, and Stoch and RSI, both, are sprinting upward. Currently, RSI is at 50 percent.

South Korea, officially, banned all the cryptocurrency trading with anonymous accounts. This is a justifiable move on the part of the government amid the rising tension of financial crimes using cryptocurrencies.

After the launch of Bitcoin futures in US market, the crypto market did not find any other strong boost. But the despite all the concerns, the market looks quite resilient.

Next article The New Normal: Whose Economy Is Stronger?

IQ Option·24.11.2017
Close
We use cookies to understand how you use our site and to improve your experience. By clicking "Got it" or by continuing to use our website you agree to their use.
Cookie settingsGot it
Manage consent