The crypto world is getting very unpredictable. Lately, the coins are swinging in both ways very frequently. With a recent downturn, the total market cap has gone down to $465 billion from after recovering to above $500 billion. 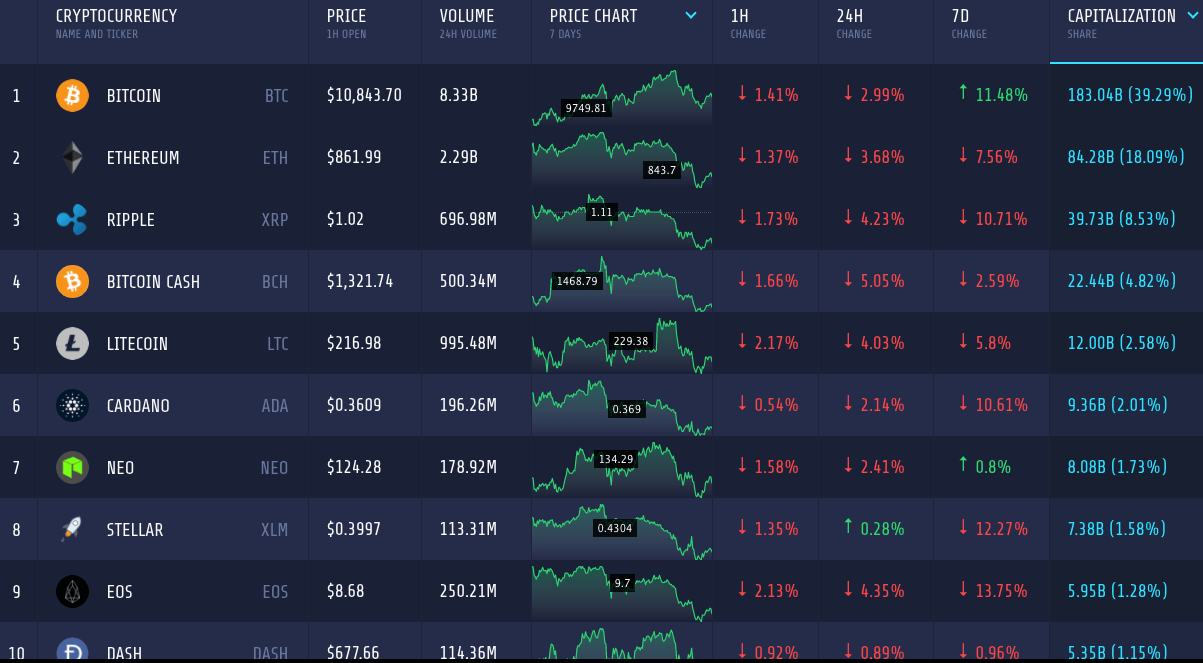 Ripple has become one of the favorite coins among the traders, especially among South Koreans. More than 40 percent of Ripple trading is being done against KRW. Holding a market cap of above $39 billion, Ripple has registered the 24 hours trading volume to be $696 million. However, on the weekly chart, the coin has depreciated around 11 percent and above 4 percent on the daily. 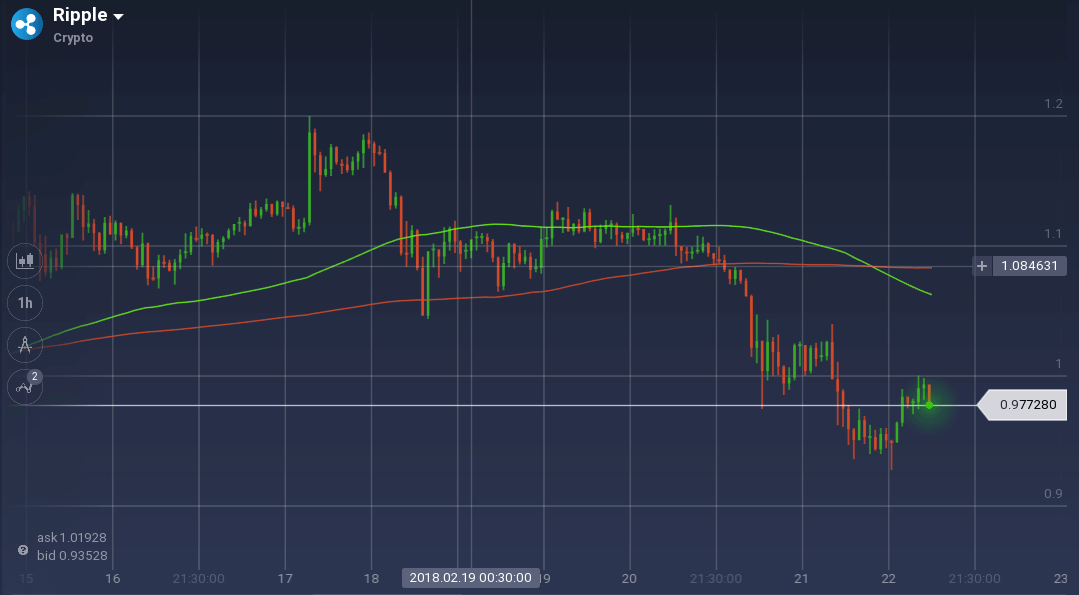 Until the last couple of days, Ripple had a roller-coaster ride on the weekly chart. It achieved the weekly peak at $1.2, but could not hold the position for long. Multiple resistance levels at $1.11 and $1.13 also acted upon the coin and checked any bullish run. However, the coin had multiple support levels present at $1.08 and $1.1, which did their part well. But they could not hold the value lately when the bear took over.

In the last 48-hours, the coin has slipped from $1.1 to $0.92. Along the way, support at $0.99 tried to cease the dip and rebound the prices but it could not hold it for long. However, the coin found support at $0.93 and which is trying to push the price upward. The coin is currently facing resistance at $0.99.

The impact of the recent resistance is clearly visible on the technical indicators. After a bullish run, Stoch was indicating over purchase of the coin, but now it is taking a downturn. Similarly, RSI is going down and is currently at 44 percent. The effect of the resistance is also visible on the MACD curves. With the strong dip, 100 SMA went below 200 SMA.

EOS was introduced to the market with a vision to become a dominant DPASS platform and everybody received it very well. The coin soon made its entry into the list of top 10 coins. However, it is not going through a breezy period lately. On the weekly chart, EOS lost 13.75 percent of its value and above 4 percent in the daily. It is still holding a market cap of above $5.9 billion. 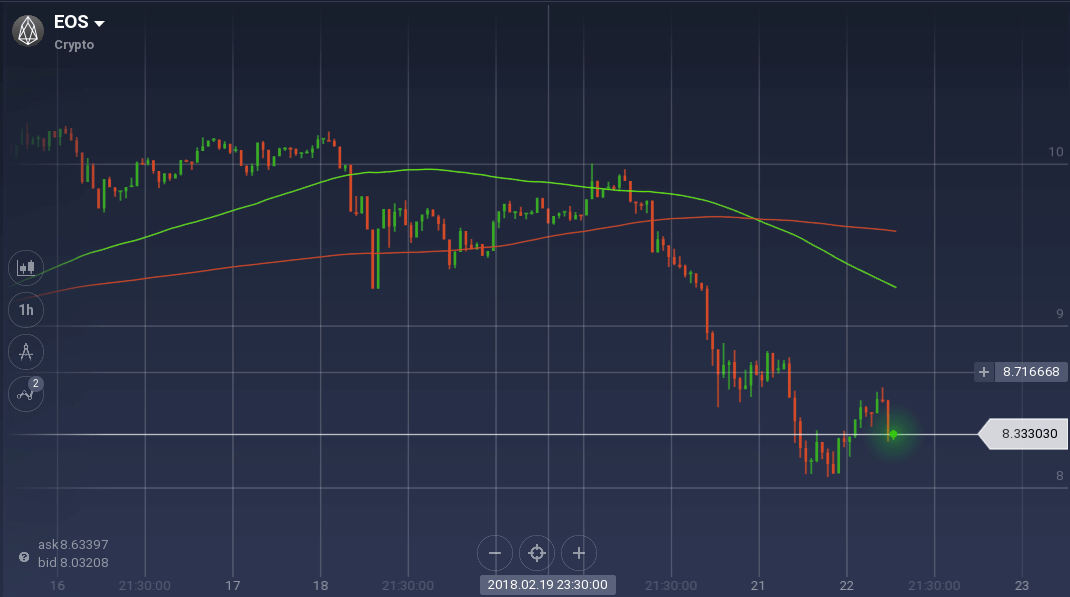 Considering the weekly chart, EOS was facing a stiff resistance at $10.2 in the early trading session. Though it tested the level of support at various levels, it could not breach it. Finally, the coin dipped to $9.2, but support at $9.5 and $9.4 acted very well to cease the dip. The later also acted as a pivot and tried to initiate a bull, but resistance at $9.7 and $9.9 did not allow any growth.

With the recent bear in the market, the coin gained a downward momentum and has lost 16 percent of its value in mere 48 hours as it took a dive from $9.9 to $8.08. The later acted as a support and also acted as a pivot but resistance at $8.6 is acting as a huge barrier.

The oscillators are in a downturn due to the recent resistance level. Stoch is going down after breaching the overbuying zone and so is RSI. RSI is currently at 43 percent and is trying to stabilize.

Venezuela is making headlines today following the pre-sale of its new national cryptocurrency, the oil-backed Petro. As reported by Reuters, President Nicolas Maduro announced the country managed to raise $735 million in the first day of its sale.

Two of the world’s largest cryptocurrency investment platforms, Coinbase and Bitfinex, both announced that they were adopting support for Segregated Witness (SegWit) protocols for bitcoin (BTC) traded on their exchanges.

Like the mainstream stock market, bulls and bears have become is a significant part of the crypto market –  it is only more aggressive. However, one this is sure that a huge trust is there on cryptocurrencies, so each time the market falls, the coins rebound with rage.

Previous article Forex News: PMI from the EU Has Set the Euro Up for a Fall