Crypto Analysis: After the Bearish Run, Coins Are Now Stabilizing

The back and forth movement of the cryptocurrency is affecting all the coins. But despite the retracement, many coins are adamant to get some gains. The total market cap of the crypto economy is now $514 billion.

Litecoin has lost quite a significant amount in the current dip in the market. The coin is down by 10.8 percent weekly, but now it’s prices are stabilizing. Litecoin still holds a market cap of above $8.9 billion.

Litecoin maintained a good bullish run in the early week with a strong trend. After achieving peak at $194, resistance at that level resulted in a pullback. Soon a bearish run took over. In just 36 hours, LTC/USD dropped from $194 to $154. 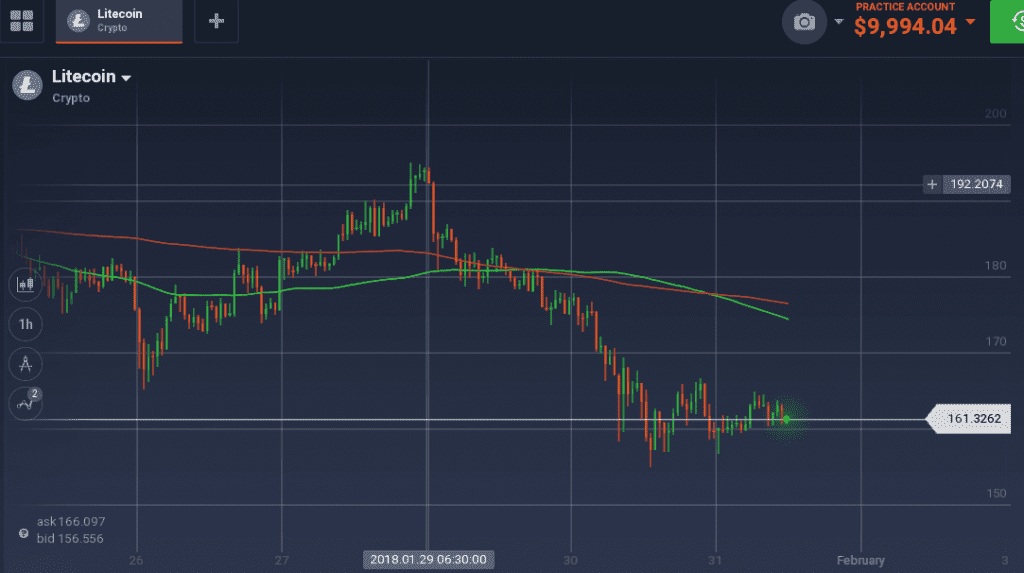 Finally, LTC/USD found some support around $158, but while trying to recover, it faced a new resistance level at $165. Now, the pair is trying to test the resistance with the help of the support. The price curve is going down after touching 23.6 percent Fibonacci level.

The oscillators are giving mixed signals because of the presence of both support and resistance. Stoch is having a downward run, while RSI is indicating an upward movement. RSI is currently at 47 percent.

Against Bitcoin, LTC is trading at 0.016 BTC, without any significant weekly gain or less.

Bitcoin’s first fork – Bitcoin Cash – is also find a hard time to regain its upward pace. The coin is down by 12 percent in the weekly chart. Surprisingly, BCH is attracting quite a good number of traders, as in the last 24 hours, the trading volume was $628 million. The total market cap of Bitcoin Cash is around $25 billion. 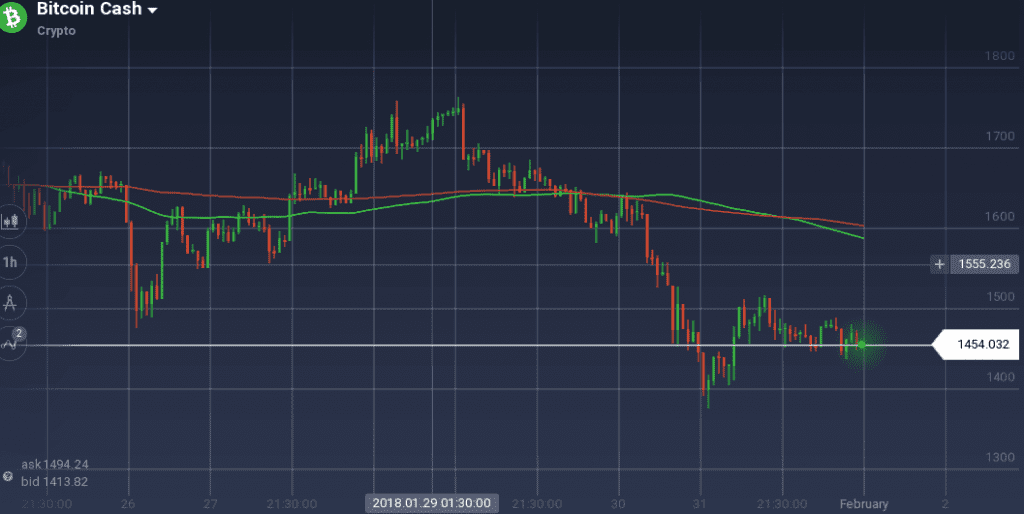 With an upward run at the start of the week, Bitcoin Cash reached its weekly peak at $1763. But then, the coin could not hide from the crypto market bear and the value of BCH/USD started to fall. After going below $1375, the prices pivoted, but only to face resistance at $1510. Support is also present at $1450.

With the support present, the technical indicators are indicating mixed signals. MACD is showing a possibility of a positive movement, but RSI, being at 39 percent, is pointing down. Stoch is also giving mixed signals.

Because of the long bearish run, 100 SMA is still running below 200 SMA. Also, the prices are moving back and forth 23.6 percent Fibonacci level.

After the long-controversial battle between the South Korean authorities and cryptocurrencies, a significant development took place. A South Korean court has ruled that bitcoin has an economic value for the first time. This overturned an earlier court ruling which did not recognize the digital currency. The case involved the confiscation of 191 bitcoins.

Also, South Korea’s finance minister has confirmed the government has no plans to shut down cryptocurrency trading or exchange platforms.

On the $530 million hack of the Japanese exchange Coincheck – one of the largest thefts of cryptocurrency so far – is that the hackers are now trying to move the stolen XEM into smaller exchanges as reported by the foundation that developed and is tracking the coin.

In the United States, the regulators subpoenaed Tether and Bitfinix because of their controversial business model.

All in all, a lot of development is taking place in the crypto space. Though recently, bear is dominating the market, positives move on the part of a few coins are also significant.

Previous article The New Normal: Whose Economy Is Stronger?

Next article Trading on the Falling Market: How to Short-Sell Bitcoin and Other Cryptos

Your Guide to Ethereum

Fabiola Pina·14.05.2018
Close
We use cookies to understand how you use our site and to improve your experience. By clicking "Got it" or by continuing to use our website you agree to their use.
Cookie settingsGot it
Manage consent