Barcelona vs. Madrid: What You Need to Know

Although separatist movements are as old as typical of our times, the world has been shocked by the Catalan case over the last few weeks. In an earlier article, we explored the causes and potential consequences of this situation, and of a possible separation of Catalonia from Spain. But in the meantime, the tension continues to increase. This political crisis between Spain and Catalonia has no precedent. Intergovernmental organizations, countries, political leaders from all over the world, scholars, and activists take strong positions on this controversy. 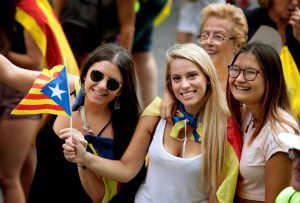 It is important to remember that this situation did not get to this point from one day to another; Catalans, despite the refusal of the Spanish federal government, had decided that, on the first day of October of this year, a new referendum would be held to determine if Catalonia had to continue to be a part of Spain or not.

The Mariano Rajoy administration took, according to analysts, somewhat controversial measures: The Spanish justice canceled the referendum and its promoters were arrested. Police officers carried out numerous searches and detained a dozen activists.

Catalans got ready to carry out the consultation in any way and it took place on the very first of October, as they had originally planned. Around half the population of Catalonia decided to go and vote (90% voted for the “Yes”, with 2.2 million votes and a 42% participation, according to the Catalan government). The Guardia Nacional intervened and chaos took over.

The day of the referendum, the situation became out of control in several areas of Catalonia. The police evacuated many of the spots that would serve as voting stations while human chains protected the buildings. Protesters clashed with security agents. Officially, about 1000 people had to be seen by medical services. Mariano Rajoy said: “We have done what we had to do, acting with the law and only with the law.”

Surprisingly or not, the situation continued to get worse and the tension to increase. On October 3, after a massive strike in Catalonia, the debate began to revolve around the article 155 of the constitution. A political-judicial debate began while the number of detainees and wounded during the voting day was still unknown. 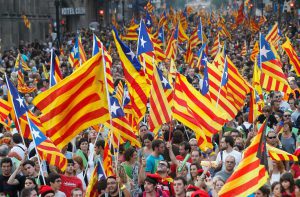 This debate about Article 155 seemed to be a never-ending one. Like most laws, it has multiple interpretations and ways of being applied. However, on the same day, article 155 was activated; this allowed the Spanish government to temporarily assume the faculties that the Catalan government originally had. Confusion reigned.

At the same time, King Felipe VI was addressing the country in a message broadcasted on television, stating that Spain was going through “very serious moments” for “democratic life”. The words of the monarch had wide repercussions, support, and rejection.

Meanwhile, in Catalonia, the group that seems the most identified with the separation from Spain seems to be that of students (who show up in large groups whenever there is a demonstration in favor of independence). It is also known that many Catalans are in favor of staying in Spain; they are proud to be Catalan citizens but do not feel identified with separatist movements at all.

Spanish ministers agreed to give the first Catalan leader, Puigdemont, until Monday, October 16, to decide whether he wanted to declare independence or remain within the legality. Puigdemont clarified, but no one really understood what he said. The leader assumed the results of the referendum in his speech, but at the same time declared the suspension of independence.

Among his most controversial phrases, the Catalonian president said that on October 1 had been an “election day” – which, having been declared illegal in advance, is questionable. Puigdemont also said that “Catalonia is a European issue”, although leaders of the euro zone have clarified time and again that this is a Spanish internal conflict.

The role of the EU

In the middle of all this, it’s the question of the European Union. Eurozone leaders have spoken out against attempts by Catalonia to break away from Spain (which, by the way, would it also mean separating from the European Union?). It is not only Rajoy who tries to stop this process, but Europe as a whole (or, at least, its political leadership). Meanwhile, the Catalan government seems convinced that even separating from Spain, Catalonia could remain in the European Union. This idea does not seem to match the feelings of some of the main leaders in the euro zone.

This is one of the many immediate consequences of this crisis between Spain and Catalonia. The unilateral declaration of independence by Catalonia has aroused fear among executives of large companies, who in many cases have already decided to close their headquarters in the Autonomous Community of Catalonia. 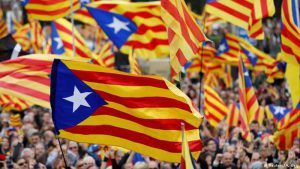 Six of the seven Catalan companies of the Ibex have already informed the National Securities Commission about their decision to leave Catalan territory. Among the largest companies that have already confirmed that they are leaving Catalonia are Caixabank, with a market capitalization of 24.3 billion euros and almost 35,000 employees, which moves its headquarters to Valencia. Gas Natural, with a market capitalization of 18,500 million euros and 20,000 employees, is going to Madrid. Baertis, also moves to Madrid.

Meanwhile, a significant number of companies is analyzing the situation and seriously considering joining the group of companies that leave Catalonia. As if this were not enough and at the same time, tourism in Catalonia (one of its main sources of income) and specifically in Barcelona, ​​is being affected by the events of the recent days. Flight tickets and hotel reservations have been massively canceled over the past week.

Regardless of what has happened because of this political crisis, Catalonia has already been economically harmed.

Coup to the Catalan economy

It is important to bear in mind that, at least until this conflict began, the economic activity of the region of Catalonia constituted 20% of the economy of Spain. The GDP of the region was well above the average of the European Union. But this information should now be updated. The events of the last 20 days seem to have overwhelmingly affected the Catalan economy. As well as the credibility of its leaders and its international reputation.

Previous article Bitcoin (BTC) – What Is the Next Milestone?

What Do Hedge Fund Managers Invest In?

Why Do Traders Lose Money?

Brexit gets a go-ahead, Pound tumbles. What’s next?

How to Improve Trading Discipline