What you need to know about trading sessions

Financial exchanges are a 24/5 market. When it is evening in one part of the world and people stop trading, in another part of the world it is just the beginning of the day. Trading sessions follow each other over and over. Depending on the time of the day, volatility for different assets vary.

An experienced trader who knows which assets are more volatile at specific times of the day has a competitive advantage and can trade much more effectively. Compared to other assets, it is possible to trade currencies 24 hours per day, 5 days a week, with weekend breaks, now we offer Bitcoin as a weekend.

There are four trading sessions: 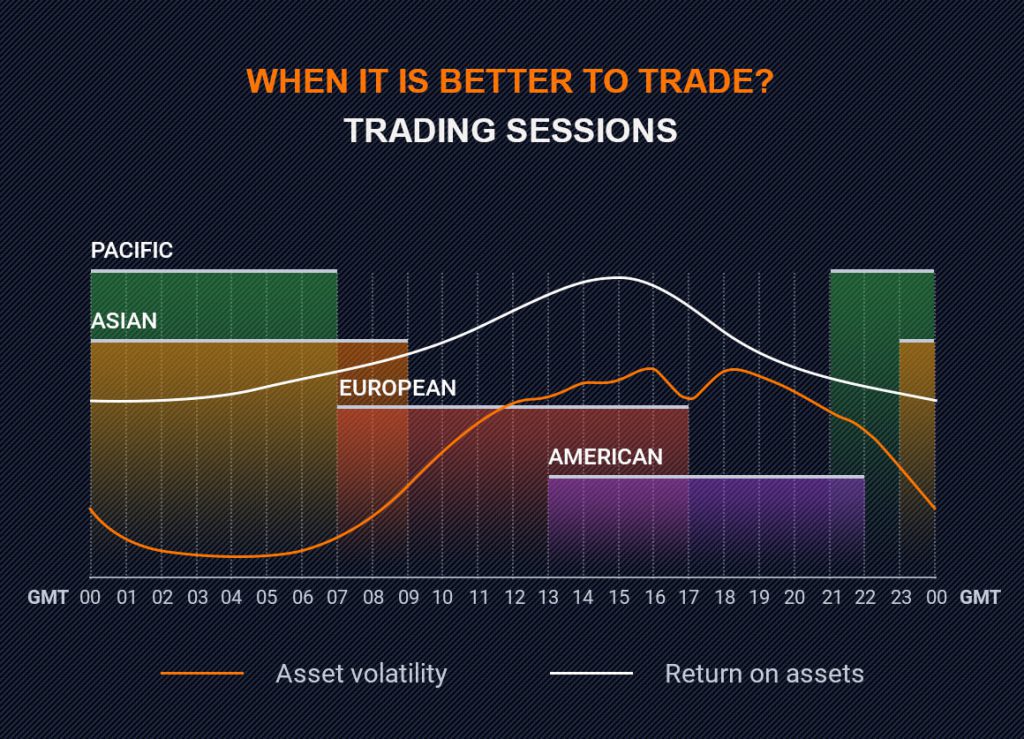 From the table above we can see that some trading sessions overlap. During such periods there is higher activity and volatility in the market. Many traders like such overlapping periods the most, because they are easier to analyze. Furthermore, at the very start and at the very end of the trading sessions there might be a great deal of movement due to the fact that at the beginning of the sessions there are a lot of traders who want to open a new position and by the end of it a lot of positions are closed in order to avoid risk.

Key features of the trading sessions:

The foreign exchange market starts with the Pacific trading session at 21:00 GMT. The key feature of the Pacific TS is that it is the least volatile, and massive price movement should not be expected.

Experienced traders try to refrain from trading during this period of time, but they keep analyzing the market, checking whether the historical and psychological levels are broken or not. These traders usually avoid trading in high volumes during the Pacific TS as trading movements are harder to analyze.

During the Pacific trading session, such assets as AUD/USD and NZD/USD are the most popular as both AUD and NZD are the national currencies of Pacific countries.

At 23:00 GMT the Asian session starts. The Tokyo stock exchange is the first to open and an hour later the Singapore and Hong Kong markets open as well. Activity on the markets increases.

The most volatile currency pairs are those with JPY – USD/JPY, EUR/JPY, GBP/JPY. Also, EUR/USD and AUD/USD should be taken into consideration, usually the Asian session is the one that sets the day’s trends.

The most volatile period of the Asian TS is closer to the end of it, yet in general the market is pretty quiet during the Asian TS. 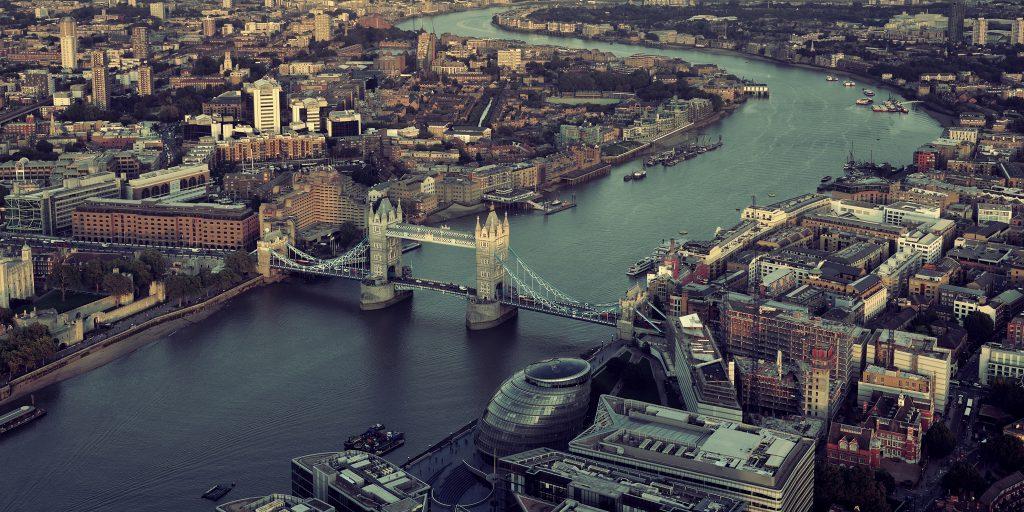 During the whole trading session there is quite high volatility and the amount of assets available for trading is high. Currency pairs with EUR, GBP and CHF are the most popular during the European TS. For example, EUR/USD, GBP/USD, CHF/USD, EUR/JPY, GBP/JPY.

There is a high trading activity during the American trading session. The majority of traders pay attention to those assets that involve either USD or CAD and volatility on assets with JPY increases as well. Those who enjoy trading on rapid rate movements often trade on such cross-assets as GBP/JPY and GBP/CHF.

The key to success in trading in financial markets consists of several important factors. One of the key components to successful trading is the ability to act and trade correctly during different trading sessions. The specifics of trading during different trading sessions will allow the trader to use his time and resources effectively and efficiently.

How to Trade With the Dead Cat Bounce Pattern

Planning Your Trading Approach for 2021

This Is Why Small Gains Are the Best Gains

Vasiliy Chernukha·26.02.2019
Close
We use cookies to understand how you use our site and to improve your experience. By clicking "Got it" or by continuing to use our website you agree to their use.
Cookie settingsGot it
Manage consent