Many crypto investors are still wondering what fork is. And above all, they are wondering what kind of effects it brings on digital currencies like Bitcoin or Ethereum.

Let’s see together what is a fork and what kind of effects it creates on the market.

First of all, a fork is a change in the digital currency software that leads to the creation of two separate versions of the blockchain with a shared history.

There are two possible way to fork a currency, the hard fork and the soft fork. The divisions can be temporary, last a few minutes or be permanent, and in the latter case two different digital currencies are created. 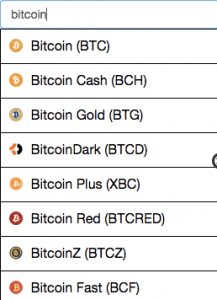 One of the most famous hard fork cases was the one that led to the creation of Bitcoin Cash (BCH), an historic and important event, which created heated discussions within the crypto community.

Anyone who owned Bitcoin (BTC) before the fork happened, found himself with the same amount of Bitcoin Cash (BCH) immediately after the fork, without having to buy them.

For many non-technical people this was a surprise, not knowing what a hard fork meant in practice. But the problems came when Bitcoin Cash began to undermine the historical authority of Bitcoin, trying to assert that it was better representing the original values ​​of the currency created by Satoshi Nakamoto.

The debate is still ongoing. On the one hand the supporters of BTC, or the only Bitcoin before the hard fork occurred, and on the other hand the supporters of Bitcoin Cash, who claim that the hard fork was necessary to create a global payment system, because the huge amount of transactions on BTC had created an implosion in the market, increasing therefore the waiting times for the transactions and the relative fees.

We don’t know yet which of the two versions of Bitcoin will win, but it is also possible that these hard forks can create different digital currencies that serve different purposes.

It is possible, for example, that Bitcoin (BTC) survives as a store of value, while Bitcoin Cash could be used in the future for payments.

But Bitcoin Cash was not the only currency created with the separation with BTC. In fact, there are several versions of Bitcoin: Bitcoin Gold, Bitcoin Platinum, etc.

These divisions seem to be more an attempt to steal the name and brand of Bitcoin to pump the price of these currencies, but they don’t bring any real value into the market. Bitcoin Cash was a fork that came when the Bitcoin network was going under congestion (long time for transactions, high fees), and so it has a value, it is meant to be a tool for payments. But all the other forks seem to be just an attempt to use the Bitcoin name, since everyone could create a new version of Bitcoin because the code is open source, and that’s why all of that coins has no real value. 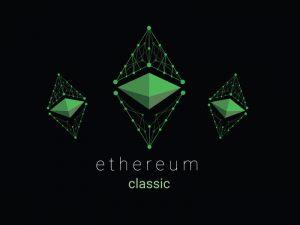 In the case of Ethereum (ETH) instead, the most famous fork is the one that led to the creation of Ethereum Classic, following a hack against DAO, an autonomous organization created on the basis of an Ethereum smart contract.

The hack was a very unpleasant event for the Ethereum community, and even in this case the decision of a hard fork has led to many splits within the community.

In the end, however, to prevent further damages, the hard fork was voted in large majority by anyone who owned ether at that time, leading to the creation of Ethereum Classic on July 20, 2016.

IOTA: Beyond the Galaxy