This Is How to Trade the BoJ Policy Decision

The Bank of Japan just wrapped up the July policy meeting and made no changes to policy, as expected. What was not expected was a reaffirmation of easy money policy and indication Japan’s government bond rates would target 0%. This move had the combined effect of easing fears the bank would begin to tighten policy (at some point next year) and spurring risk-on appetite and money flow into currencies with higher yields.

The news is particularly important as the FOMC policy decision is set for Wednesday afternoon, and the BOE decision for Thursday. Both the FOMC and BOE are expected to reaffirm plans for policy tightening, if not raise rates out right. The FOMC is less likely to increase interest rates but they are widely expected to stand firm on their current rate hiking trajectory. The BOE may in fact raise rates as data from the UK has shown sustained improvement in labor, wages and inflation.

The US dollar firmed on the news sending the USD/JPY up by nearly a half percent. The pair is confirming support at the key 111.00 level, a level that provided resistance just a month or two ago. The indicators are still weak but are rolling over in evidence of support at this level. A move up would be bullish and likely will take the pair to 113.00 or higher provided US data and FOMC commentary doesn’t disappoint the market. The PCE price index showed a tepid 0.1% gain in June, as expected, with YOY gains hovering near 2%. 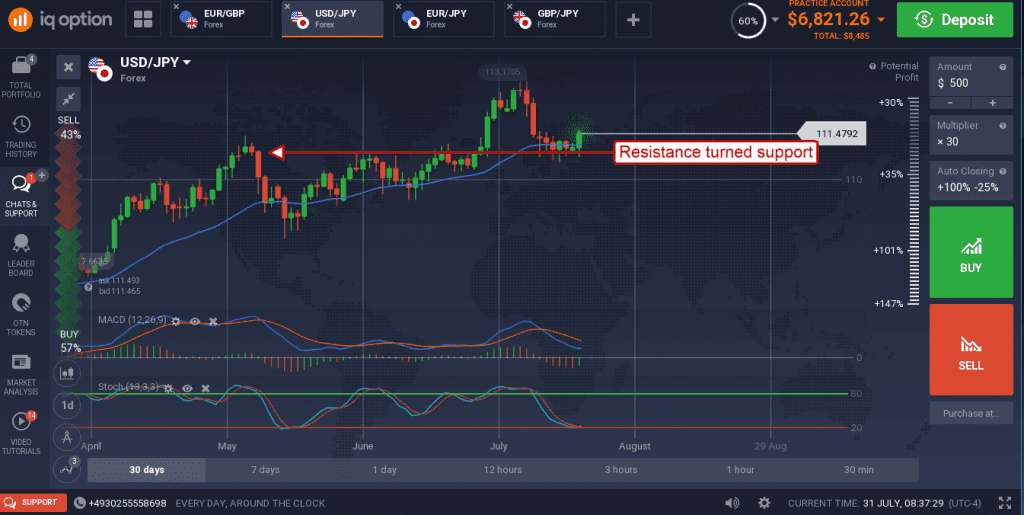 The British pound also saw significant gains versus the yen in the wake of the BOJ decision. The GBP/JPY moved up more than 0.60% on the news, confirming support near 146.00 and moving above the short term 3-day EMA. The indicators are still mixed and showing some weakness but have, like with the USD/JPY, rolled over in evidence of support at this level. A move up will likely go to 148.00 or 149.00 in the near term, a break and close above resistance at 149.00 would indicate a more substantial move is in progress.

The EUR/JPY also saw big gains in the wake of the BOJ meeting. The BOJ are now, officially (again), at odds with the ECB who are, despite vacillation, on track to begin policy tightening this year. The EUR/JPY gained more than 0.65% on the news and is confirming support at the short term moving average. 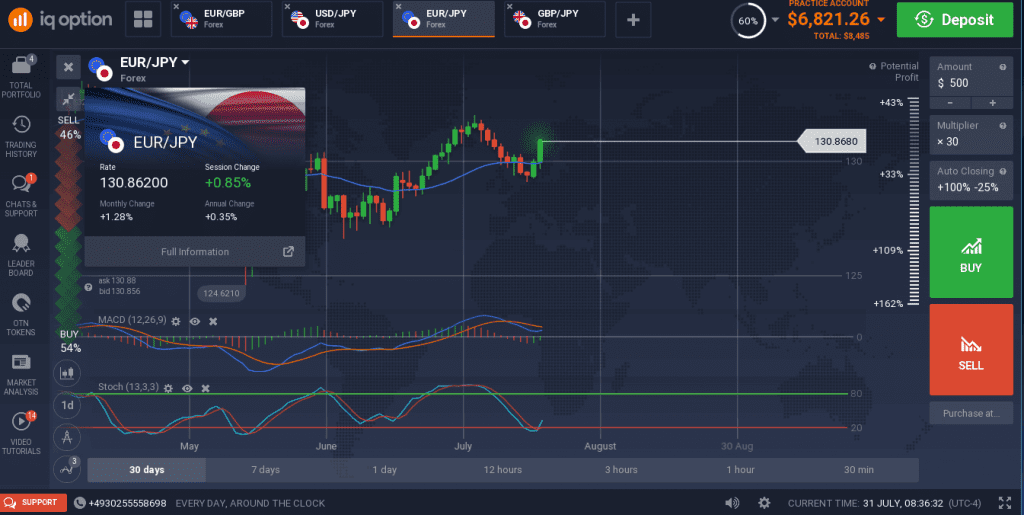 The pair is now moving higher in line with the recently set uptrend and likely to move higher. The indicators are consistent with a bounce from support within an uptrend and point to targets at 132.00 and 133.00 if the first target is exceeded.

Strong Data Supports the Dollar: This Is Why It Won’t Last

IQ Option·07.12.2017
Close
We use cookies to understand how you use our site and to improve your experience. By clicking "Got it" or by continuing to use our website you agree to their use.
Cookie settingsGot it
Manage consent