In the volatile cryptocurrency market, Ripple is one of the stable coins. The coin did not have an exponential rise recently, but it did not fall drastically either. It is also backed by a very promising firm, which will give the token leverage in the long run. Currently, the token is holding above $9.3 billion in market cap and is the 5th largest coin as it lost its 4th spot to the booming IOTA.

After staying in this resistance-support band, it suddenly went up to $0.259. Testing that resistance level for a while, the token dropped. Though the support at $0.24 tried to hold the token’s value, the new resistance formed above $0.246 checked any growth, and the token started to fall gradually and ultimately breached the support. 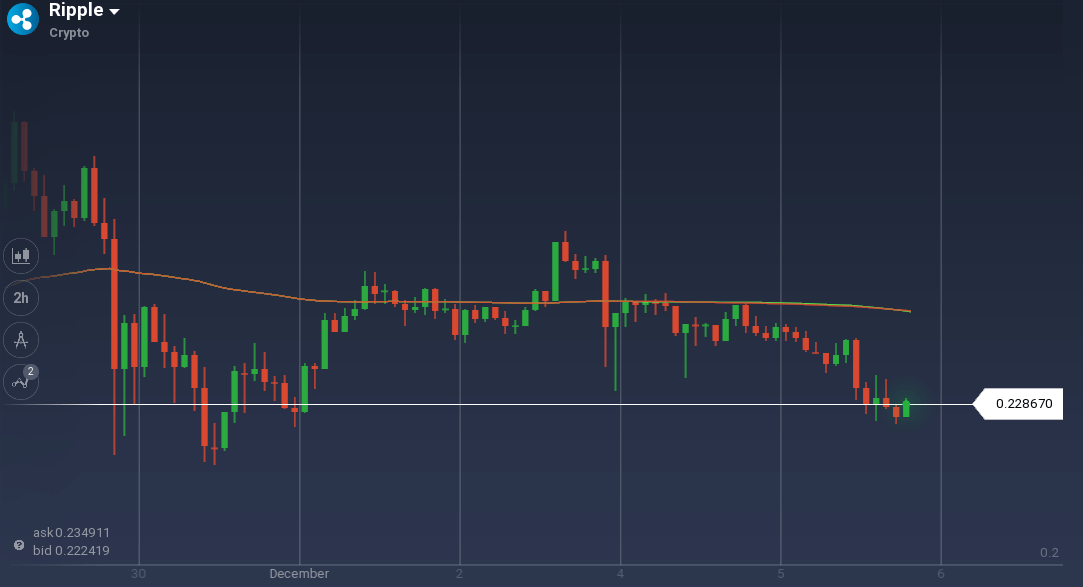 XRP/BTC pair had bearish run all around the week mostly because of the rising BTC/USD. The pair dropped 0.000024 BTC to 0.000018 BTC over the week registering a loss of 25 percent.

Bitcoin Goes up More Than $2000 in Just One Day

Bitcoin Appreciates 9% in One Week. Causes and Prospects