The continuation of bear has led the market to a new low after the bull in January this year. The total market cap plunged to $267 billion by shedding around $33 billion in the last 24 hours. Almost all the coins are shedding in this market except a few odd ones. 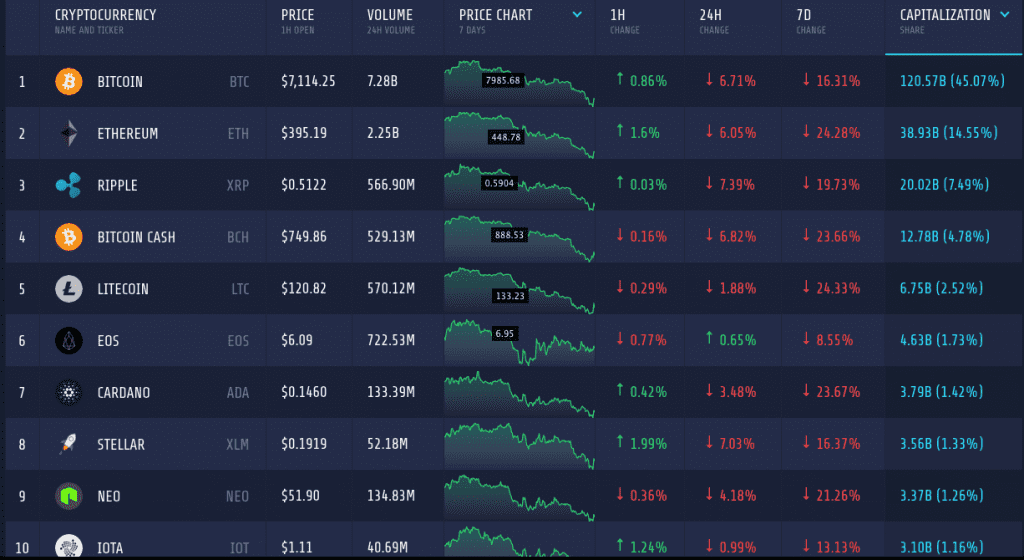 Ripple is hit very hard by the recent market dips. The coin lost more than 7 percent on the daily chart, which added to the 20 percent depreciation of it over the week. This also led to a loss of $4 billion in market cap, which now stands to $20 billion. As always, South Korea topped as the largest market for XRP trading followed by Japan, as more than 40 percent of the total trading volume of $568 million is done against KRW and 11 percent against JPY. 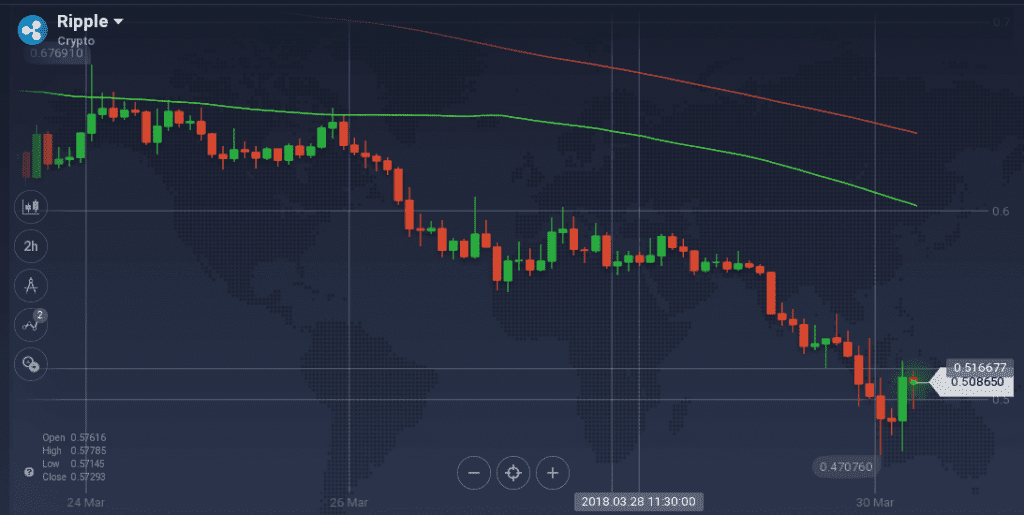 Considering the weekly chart, XRP maintained a gradual bear throughout the chart. The resistance at $0.65 acted in the coin in the early sessions to check its growth, however, the presence of a support at $0.62 mitigated the chance of a sharp fall. However, the support could not hold the coin as it plunged until it was held by another support at $0.56. Along with the support, a resistance also formed at $0.59, which did not allow any recovery.

On the recent charts, XRP plummeted further to go below $0.48, a record lowest since is the bull in January. Currently, it is trying to recover from the abyss and is trading around $0.50.

The fourth largest coin in the market – Bitcoin Cash – is one of the leading losers in the bearish market. With 7 percent depreciation on the daily and 23.6 percent on the weekly chart, the coin is trading around $750. The coin still holds a market cap of $12.7 billion and due to the increasing number of sellers, the trading volume was recorded to be $529 million. 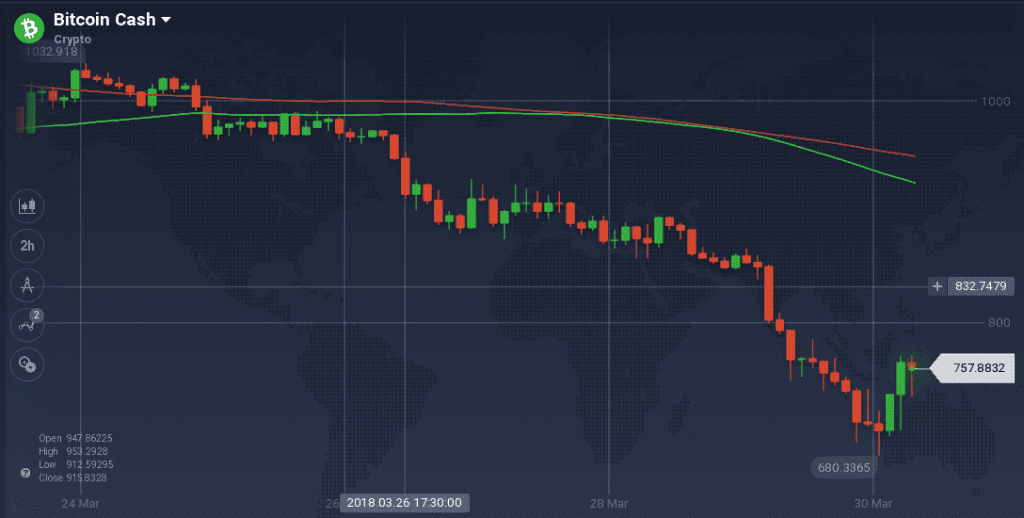 Similar to XRP, bear also dominated the charts of BCH. Both the coins even followed the same trajectory. The multiple ranges of resistance at $1022, $988, and $912 formed over the week to check any recovery. However, supports also formed at $965 and $880, but their attempt to hold the value and push for recovery failed due to the dominance of the bear. Recently, the coin plummeted from $890 to go below $700 in mere 24 hours. However, the coin is currently pushing to recover its lost value.

The indicators are indicating strong signs of trend reversal with the coin’s intent to recovery. Both the oscillators – Stoch and RSI – are aggressively pushing up from the overselling zone. MACD is also signaling signs of recovery.

Repercussions from the Coincheck hack continue as more Tokyo exchanges close due to regulatory action. However, Japan still remains the hub of Asian cryptocurrency.

The market is on a record low since its boom earlier this year. The recent crash is mostly the result of FUD among the traders. However, with signs of recovery, we can expect that the market will rebound with force.

Ripple to the UK: End the “Wild West” Days of Crypto with Regulation