Bitcoin has experienced a rough couple of weeks. The popular cryptocurrency has struggled to make it above the $10,000 mark, setting up the stage for crypto critics to have a field day. Analysts from Goldman Sachs predicted the coin might drop below its February lows, while economist Nouriel Roubini took the opportunity to bash crypto investors once more. Google’s ban on cryptocurrency ads also dealt a major blow to Bitcoin as the cryptomarket tried to recover from plunging prices. 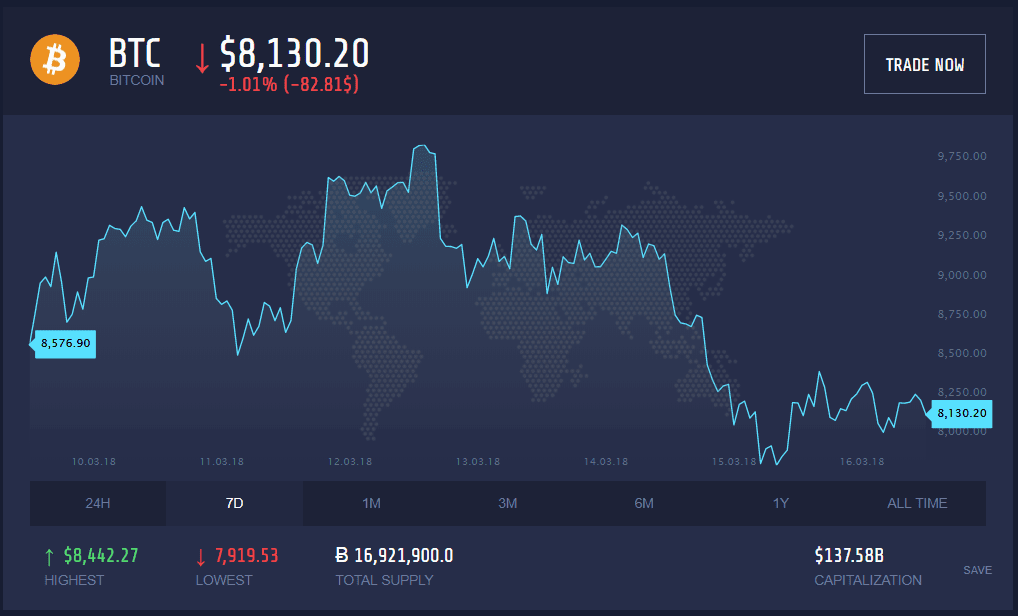 While the bad news seems never ending, there are still those who remain confident about Bitcoin’s future. Among them is PayPal co-founder Peter Thiel, who recently spoke about the viability of Bitcoin, saying that it is unlikely to be a bubble.

Thiel is no stranger when it comes to eyeing fruitful investments. Following PayPal’s success, the billionaire went on to become one of Facebook’s major investors. Back in January, The Wall Street Journal wrote that Thiel’s venture-capital firm, Founders Fund, had invested $15 million to $20 million in Bitcoin, allowing the firm to rake in hundreds of millions in profit. Similarly, hedge fund billionaire Alan Howard has reportedly made sizeable investments of his own, though the exact amount has yet to be disclosed.

Speaking at the Economic Club of New York on Thursday, Thiel showed he is still a firm believer in the leading crypto, stating he was “long on Bitcoin, and neutral to skeptical of just about everything else.” He added that there “will be one online equivalent to gold, and the one you’d bet on would be the biggest.”

Thiel explained how many of the factors which make gold attractive also apply to Bitcoin. At the same time, the two share negative aspects in common, such as the idea that Bitcoin lacks value because it is not backed by anything. For Thiel, the same is true of gold. Addressing the idea that Bitcoin could be a bubble, he commented on what separates cryptocurrency from the dot-com bubble of the late 90s.

“It has all of these sort of ‘99-2000 bubble-like aspects, but one that is very different from ‘99-2000 is there are almost no Wall Street analysts pushing this, and so it is out of favor.”

Thiel’s reaffirmation of the crypto space comes at an interesting time. Last week, news of PayPal filing a patent for faster crypto transactions began circulating online. In the past, PayPay’s chief financial officer has offered optimistic views on crypto, though he did admit it would take a while before Bitcoin would become “a form of currency that is used every day.” PayPal clarified its current stance on crypto, claiming that, due to regulation, it is currently unclear which direction the company will take regarding cryptocurrency transactions.

Crypto not done yet

Although many skeptics may claim the end of crypto is drawing near, investments in the market say otherwise. Today, the market continues in its struggle to rebound, but there are strides being made in other areas. For one, Coinbase recently announced a partnership with Barclays, while also obtaining an e-money license in the UK, which would allow faster payment transactions for users. As for Bitcoin, the first official beta implementation of the Lightning Network went live yesterday. Support from fintech figures like Peter Thiel only adds to the fact that crypto is going places, and the potential for crypto to grow remains as strong as ever.

Bitcoin Is Coming to TV