This week Litecoin slipped to the 6th spot, in terms of market cap, from the 5th as the soaring Dash took its place. But that does not mean Litecoin had a poor performance. On the contrary, it is also running bullish throughout the week. With a current market cap of $3.8 billion, Litecoin’s market cap shot up 11.7 percent this week.

The weekly chart shows that the bullish movement endured a lot of deep pitfalls along the way. The week started with a sudden buying rage with which the LTC/USD pair reached $71.3 from $61.5. It was also quick enough to dive at $65 where it found a support level. The resistance level $68.6 checked any growth for a while but then a bullish trend took over, and the coin touched $73. 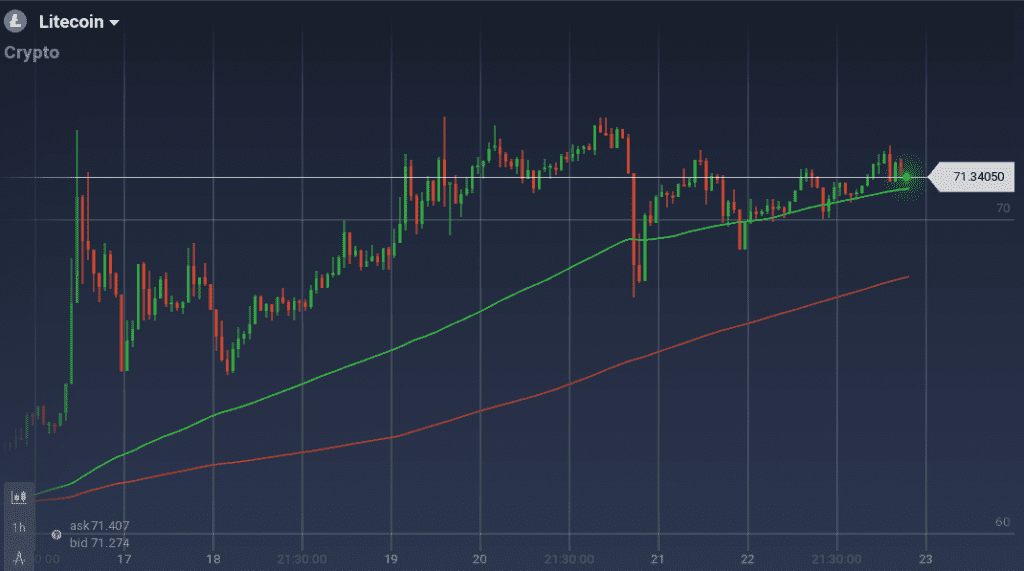 In the daily chart, the coin is moving in a triangular fashion forming two triangles above the trend line. It is testing the resistance level above $72 and is trading around $71 currently.

Due to the recent resistance above $72, the indicators are fattening up with minor signs of any movement. MACD is moving almost flat, and Stoch is moving down due to the up-down movement of the daily curve. RSI is at an optimum 52 percent.

Previous article Fibonacci Trading Strategies: A Practical Example for Use in Forex

Do Governments Use Digital Currencies?