Jesse Livermore is one of the most successful stock traders of the 20th century. He had a brilliant mind, extraordinary analytical skills and strong intuition. His distinctive feature was that he invested and traded securities much more successfully than all other market participants did.

“Jesse Livermore: The World’s Greatest Stock Trader” by Richard Smitten tells a story of the Wall Street legend and describes his business achievements, the methods of decision-making when purchasing assets, and the basic rules of financial markets. Moreover, it sheds light on transacting principles, timing strategies, as well as cash management policies, which helped Jesse Livermore earn fortunes again and again.
Jesse Livermore was a real speculator! Unfortunately, today the term “speculator” is synonymous with “gambler.” However, this word comes from the Latin “speculari,” which means “to spy” and “to watch.” The correct definition is a person who observes the future and acts before this future comes.
The road to successful speculations was full of traps, and Livermore knew they were unavoidable. His only fear was to walk twice into the same water. Jesse Livermore always said that the only way to get education in the market is to invest money, track transactions and examine your own mistakes.

A successful speculator remains a constant student of three things:

Many historians believe Jesse Livermore is the founder of technical analysis. At the very beginning of his career, he contributed much time and attention to the trend of prices. Recurring market trends helped him identify several patterns making it easier to predict some of the most probable market developments.

Millions of minds work in the market, but there is only one psychological model, which should be studied and understood. Human nature is fundamentally the same. 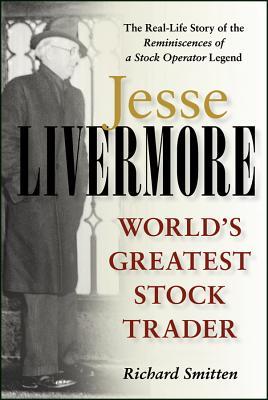 Livermore paid much attention to human emotions in the financial markets. Once he said “Wall Street never changes, the pockets change, the suckers change, the stocks change, but Wall Street never changes, because human nature never changes,” referring to the fact that it is never-changing human nature that manages the market — not the reason, not the economics and certainly not the logic. It is human emotions that rule the market.
He knew that his emotions could either take him to the heavens or cast him down into the abyss — especially greed and fear, the two demon emotions of the market. Either you control them or they control you.

Livermore believed that one should understand and harness his emotions:

Jesse Livermore gave particular attention to capital management — he never allowed himself to lose more than 10% of the investment. Based on his experience, he knew that one of the most difficult tasks for a trader was to close a position as soon as possible in the event he made a mistake and the market moved against him.

For instance, after losing 50% of his initial balance, a trader would need to earn 100% only to win back his positions, and it is associated with high risks.

Livermore’s basic rules can be summarized as follows:

Jesse Livermore was a figure of great caliber for his time and is a pattern for many traders to the present day. His career peak was in 1929 when he was arguably the most influential trader on NYSE. He predicted the stock market crash and went short, thus earning $100. He is considered the initiator and one of the main causes of the Great Depression.
“Jesse Livermore: The World’s Greatest Stock Trader” by Richard Smitten is intended for a wide readership and recommended for those who are interested in investments and functioning of financial markets.
Shortly before his death, Jesse Livermore wrote a book called “How to trade in stocks,” which is extremely popular among investors worldwide even today.
The book is easy to read and understand, there are no complex calculations and philosophical sayings. Hope and disappointment, ups and downs, excitement and panic, fear and greed — from time immemorial, these human passions rule the markets, so it was and always will be. Overcoming yourself, developing your intuition, the ability to understand information on prices, demand and supply and correctly interpret such news — this invaluable knowledge will never expire.
[cta_en link=”https://m.onelink.me/f898adcd” name=”Start trading now”][/cta_en]