How to Use Inflation Parameter in Trading Forex

Inflation is one of the most significant macroeconomic variables; it reflects the rate at which a country’s general prices of goods and services are rising. Changes in inflation have a substantial impact not only on the economy and monetary policy of a country but also on the foreign exchange market. We are going to focus on the latter one, providing practical examples of using inflation while trading currency pairs. 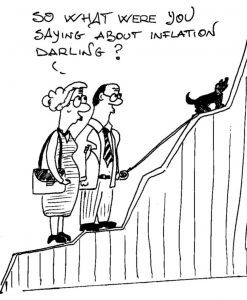 Let’s say you have $300 today and you want to spend them on purchasing $100 worth of groceries, $100 on car fuel, and $100 on visiting your dentist. Let’s also imagine, while you have been postponing these spending, inflation increased by 10%. Now it will take $330 to afford the same amount of products and services. You shall either earn extra $30 or cut your spending by selecting cheaper groceries or postponing your visit to the dentist. The point is that inflation reduces our purchasing power, making goods and services more expensive. The CPI (Consumer Price Index) is the most common variable for measuring inflation rate by collecting prices (usually on a monthly basis) for the fixed basket of goods and services and examining their weighted average.

Governments target inflation, determining its optimal level and conducting monetary policy (in particular, changing the interest rates). Commonly, optimal inflation in a steadily growing economy is considered within 2-2,5 percent. On a regular basis, central banks issue a report in which they announce the current and targeted rates. For investors, forecasted and actual values are essential. If the actual value is worse than the forecast, the national currency should depreciate, all other things being equal.

To give an illustration of why this happens, let’s suppose a person from the US wants to import a product from Japan. Given the fixed exchange rate for the currency pair USD/JPY, if inflation in Japan rises, its products will become more expensive and less attractive to the US importer. He may change his mind, reducing the demand for the Japanese goods and thus for the JPY. Consequently, the JPY will most likely depreciate against the USD.

Inflation reports and the chart

On June 22 of this year, the Canadian CPI for May came out, showing that inflation stood at 2.2 percent versus a forecast of 2.5 percent. Consequently, in July, Canadian goods and services were less expensive than predicted levels. Hence, the difference between actual and predicted inflation suggested that more demand for Canadian currency existed. This led to an immediate appreciation of the loonie. 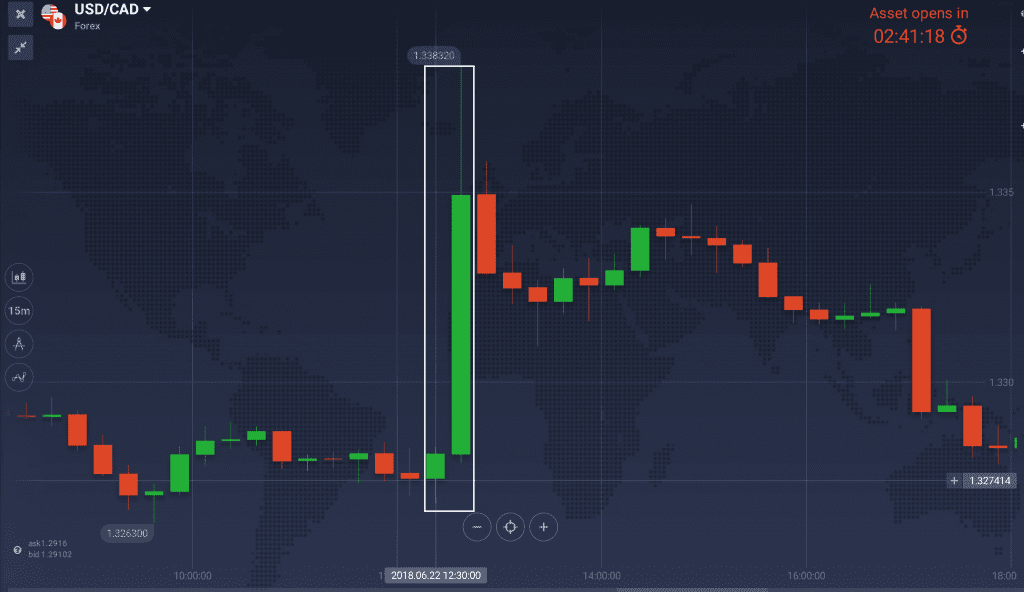 Despite what theory postulates, the market does not always react this way. For instance, on August 17 of this year, the Canadian CPI for July came out at 3 percent versus a forecast of 2.5 percent. It was the highest inflation rate since September of 2011, boosted by rising prices for gasoline, fuel, air transportation, and travel tours. According to theory, the Canadian dollar should have depreciated. In reality, the CAD appreciated on the announcement and also managed to maintain the appreciation at the day’s closing. 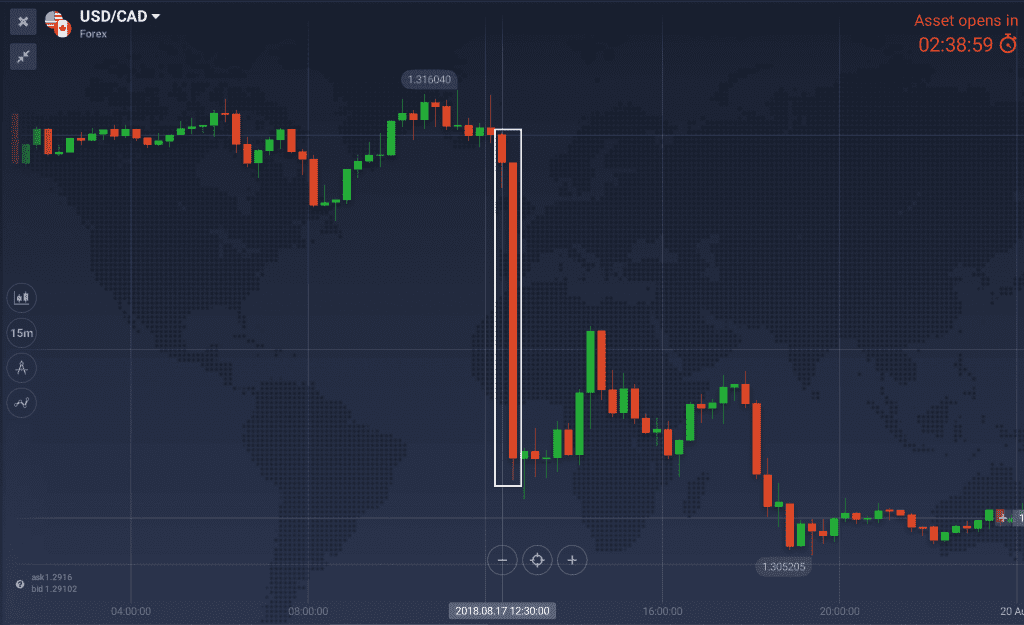 This example clearly illustrates the fact that investors shall consider many other factors to understand the movement of the price chart.

How Not to Lose All Your Money

Turmoil in the White House Means Opportunity for You

Diamond Chart Patterns – How to Trade Them?

Fibonacci Trading Strategies: A Practical Example for Use in Forex

UK vs Brexit: What is the status?

Marios Constantinou·18.04.2019
Close
We use cookies to understand how you use our site and to improve your experience. By clicking "Got it" or by continuing to use our website you agree to their use.
Cookie settingsGot it
Manage consent