Here’s How to Avoid the Pitfalls of Overtrading

One of the most common problems faced by traders is overtrading. The surprising thing is that not many traders know they have this problem, while even fewer know how to overcome it. 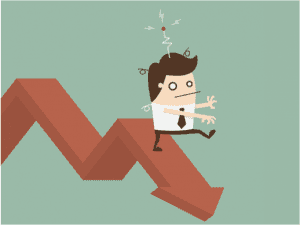 Overtrading is largely psychological — in order to tackle the issue, we first have to understand what triggers it. The first way in which overtrading develops is after a series of successful trades. Traders often mistakenly believe that the more they trade, the more they will continue to earn. Trading can also be triggered by negative emotions such as the fear of missing out or wanting to make up for losing trades. Sometimes traders may even open a trade out of sheer boredom. The list goes on and on.

Taking up more trades doesn’t necessarily mean more payouts. Needless to say, this line of thinking can be detrimental to your trading performance. Following the tips below when you feel the urge to overtrade can help you fight this costly habit.

Have you ever found yourself constantly adding to a trade or moving around stop loss and take profit orders? Maybe your eyes are glued to the charts, watching the market move tick by tick? Do you panic exit trades only to find that the position was profitable after all? If this sounds familiar to you, you may be guilty of micromanagement. Micromanaging your trades can seriously limit your payouts.

You will find hundreds of articles online highlighting the importance of a trading plan — and for good reason. Your trading plan should be the result of deep analysis, tested strategies, and a well-honed system. Trust it! If you exit a trade prematurely or mess with your setup, all of your hard work will be for naught. Of course, it’s important to keep your eyes peeled for sudden market movements that may affect your trade, but that’s where stop-loss comes in. 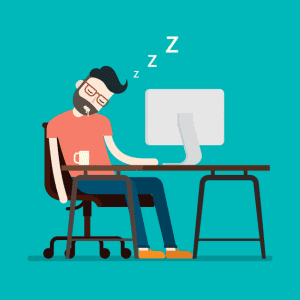 Patience is a virtue, and it is also one of the keys to trading success. Nonetheless, it’s sometimes difficult to wait for the entry or signal you planned for, especially when the market shows little movement. When this happens, it’s natural to feel the urge to jump into whatever entry shows up, even if you don’t have a plan for it. But rushing into a trade without knowing what to expect can end up eating a large chunk of your account.

If you’re craving a trade during dull market conditions, working with your demo account is a great alternative. Use this as time to train your brain to recognize emerging patterns, try out new indicators, or even explore a new asset you haven’t considered before. Trading is all about using your time wisely.

Traders are often told to set limits on how much money they are willing to risk on a trade, but seldom are traders recommended to limit how often they trade. Limiting your number of trades forces you to focus on making one good, trade with payouts per week rather than spending hours on trades that go nowhere. In other words, restricting how much you trade teaches you to be more selective in your entries, which in turn helps prevent overtrading. Trading less often can be more beneficial than you might think.

Overtrading is a problem that both seasoned and novice traders experience at some point in their trading careers. If you feel the symptoms of overtrading starting to creep in, refer to this article to help you get back on track. Remember: don’t micromanage, be selective of your trades, and above all, don’t give in to boredom.