As we move towards August, when all unexpected game changing military actions are taken, markets are moving in the most optimistic mode, making my last week’s views and emphasis obsolete. Equities rallied, 10Y US government bonds latest auction is stuck below 2.85% yield level, and my fears that Leaders would fail to come up with a common communique at NATO’s summit -as happened at the latest G7 leader’s summit- have not materialized.

I guess strong earnings, robust GDP growth, full employment is more important in a weekly horizon than the actual impact of tariffs, the tough political situation in UK, the continuously possible Trump’s impeachment, the next European Elections on May 2019. One could even argue that the initial consequence of tariffs was positive, as market participants rushed to trade and build inventory before tariffs took effect.

Avoiding loading the short EUR/JPY trade was my last week’s advise that now looks poor, following the impressive 5 days equities rally and the big bullish move of the pair.

I will not turn bullish on EUR/JPY, as I am not convinced that the equity rally will continue.

Unfortunately, the advised 1.3220 level to go short, was missed for 3 pips. In the meantime, BOC increased rates as expected, but the announcement was made during a big oil sell off (-4$/barrel) fueled by OPEC’s monthly report.

I cannot take a position with so many moving parts in place.

Going long AUD/USD at 0.7380 played well. Nevertheless, Aussie refusing to skyrocket during a week when US equities rallied, puzzles me.

My last week’s remark that USD would not strengthen during the first week of the official beginning of Tariffs on Chinese goods, was totally wrong. Up until I conclude what would drive markets more decisively, I would avoid offering a view. 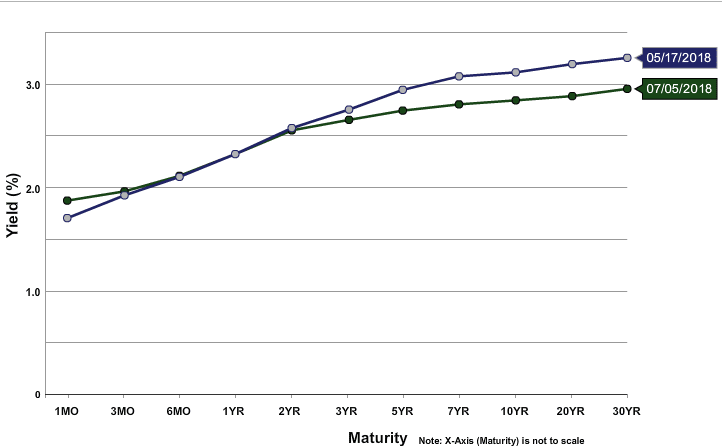 Similarly, I would avoid offering a view for EUR.

Previous article What Weak Inflation Gains Mean for the US Dollar

Analytics: This Is Why You Shouldn’t Discount ECB Tightening

IQ Option·15.06.2018
Close
We use cookies to understand how you use our site and to improve your experience. By clicking "Got it" or by continuing to use our website you agree to their use.
Cookie settingsGot it
Manage consent