These are the main economic events which can move the forex market today:

The monthly ECB Non-Monetary Policy Meeting focuses on external economic relations, market infrastructure and payments, law, supervision of banks, corporate governance and its decisions may indirectly influence the euro. For the Balance of Trade related to the economy of Spain, in general a trade surplus is positive for the local economy and the Euro, but the previous reading showed a trade deficit. A wider than expected trade deficit may influence negatively the Euro.

The forecast is for an unchanged level of Unemployment Rate at 4.4%. The British Pound may move and appreciate against other currencies if there are increases in the figures of Average Earnings, Employment Change and CBI Industrials Trends Orders plus a decline in the Claimant Count Change. In this scenario the economic date will indicate a robust economy, a strong labor market and increased economic conditions for the Industrial Sector. The forecasts are for an increase in the figure of Average Hourly Earnings and declines for the figures of Employment Change and CBI Industrial Trends Orders, a mixed economic data.

The main economic event for today is the Fed Interest rate Decision with the anticipated increase of 25 basis points, moving the key target interest rate from 1.25%-1.50% for the lower and upper bound to 1.50%-1.75%. This most probably will result in the appreciation of the US Dollar against other currencies, but the forex market will weigh on the language and economic projections of the Fed so as to evaluate the probabilities of three or four interest rate increases during 2018.

Also a higher than expected figure for the Existing Home Sales will be supportive for the US Dollar, reflecting a strong housing market. The Press Conference by the Fed has the potential to add further volatility for the US Dollar as it will highlight the economic projections of the US economy. As seen from the chart, the Federal funds rate is increasing gradually as of 2013, and this trend is expected to continue with the recent and possibly future Fed interest rate increases. 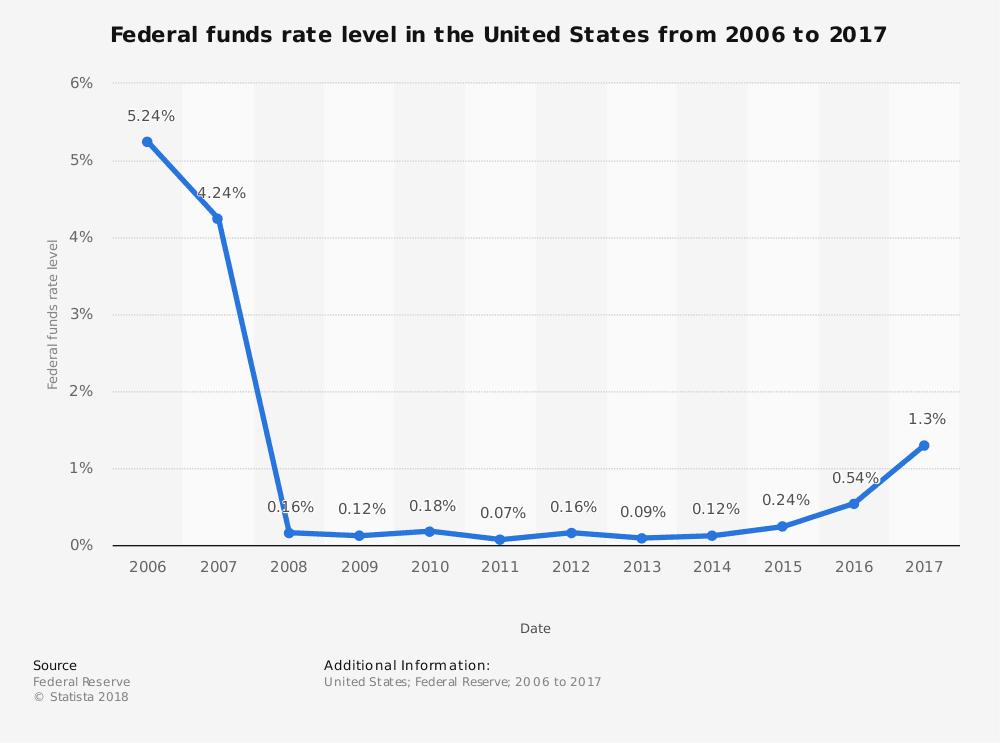 The Crude Oil inventories may move the Oil prices in the case of positive or negative economic surprises.

The Reserve Bank of New Zealand is expected to leave the key interest rate unchanged at the level of 1.75%. Any economic surprise may move the New Zealand Dollar, but in the absence of surprises there may be a neutral effect.

Forex Analysis: The US Expands and the Dollar Strengthens