Today the forex market economic calendar focus is on the third and last central bank monetary policy decision by the Bank of England. There are also important economic data related to the economies of Germany, Eurozone, Canada and Japan and two speeches from Fed officials.

Now that the monetary policy decisions by three major central banks are well known, the forex market will evaluate the interest rate prospects, and the statements about economic conditions, inflation rate and economic growth to determine possible new trends based on the fundamental data. High volatility is expected mainly for the British Pound due to the monetary policy decision.

These are the main economic events in the forex market for today to focus on:

Balance of Trade tracks the difference between exports and imports. Exports surpassing imports results is a surplus which is healthy for the economy, whereas in the scenario of imports surpassing exports the resulting deficit indicates an economy that imports more than it exports. A trade surplus which indicates a greater number of exports compared to imports and capital inflows to the economy is positive and supportive for the Euro and the economy of Germany.

Higher than expected or rising figures for a trade surplus will be considered positive for the Euro, but it is important to monitor the trend of the trade surplus, as a strong Euro makes the exports less competitive and more expensive for other countries with other national currencies. The ECB Economic Bulletin can influence also the Euro, as it presents economic and monetary information and is monitored for projections on key fundamental drivers such as inflation, economic growth.

The forecast is for an unchanged monetary policy decision and a key interest rate held at 0.5%. More likely the inflation report has the potential to move the British Pound, and also any positive economic surprise in the form of an unexpected interest rate hike. If statements made suggest that inflation is expected to increase, and economic conditions due to the Brexit as it unfolds are steady and could improve in the future, such as a higher economic growth, then the British Pound could appreciate against other currencies. A soft expectation by the Bank of England about the inflation rate, may act negatively on the British Pound, as the odds of future interest rate increases will be diminished.

We see from the charts the trend for the UK 1-year interest rate and the monthly inflation rate. 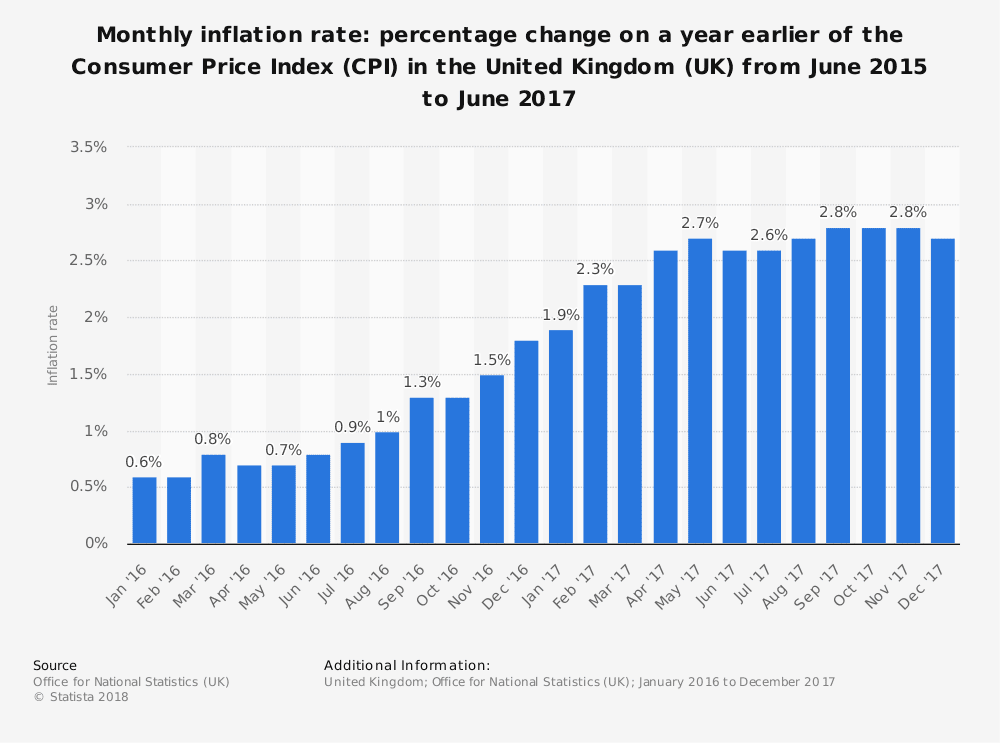 Speeches from central bank officials are always important and can move the US Dollar in the event of new updated information and opinions on fiscal and monetary policy. Higher than expected or rising figures for the Housing Starts and New Housing Price Index in Canada will be positive for the Canadian Dollar, reflecting a strong housing market and construction sector. High figures of Housing Starts and a rising New Housing Price Index, are correlated with strong economic growth, as the housing market is considered a leading indicator of the performance of the economy. The forecast is for a decline in the number of Housing Starts, with a reading of 210K, lower than the previous reading of 217K, and an unchanged reading of 0.1% for the New Housing Price index in Canada, which can be considered neutral to slightly negative for the Canadian Dollar.

A Volatile Week in Forex Markets Is on the Way

Fear Causes the Euro to Drop, This Is a New Opportunity

IQ Option·03.04.2018
Close
We use cookies to understand how you use our site and to improve your experience. By clicking "Got it" or by continuing to use our website you agree to their use.
Cookie settingsGot it
Manage consent