Forex Market After Easter Holidays. What to Expect?

For the most part, last week’s views proved correct.

I keep betting on the high tension, high volatility, increasing inflation, increasing bond yields, decreasing equities scenario that favors haven currencies. I should point out though, that long term government yields are starting to decline.

Last week’s unchanged BOJ Core CPI reading of 0.8% or the slightly increased unemployment reading of 2.5% did not change the picture.

I am keeping long positions on USD/CAD at higher level than current week’s close. Even if I am wrong with my reasoning that BOC (the Central Bank) will keep rates unchanged on the 18th of April meeting, I strongly believe that there are enough reasons for the pair to retest the 131.50-131.66 level or at least 129.80 level.

Last Thursday’s lower GDP m/m reading (-0.1%) failed to send USD/CAD higher and that is worrying me.  If US Crude oil inventories number is again bellow 2.5Mbarrels, I will need to change my outlook for USDCAD and close my long positions taking the losses.

I keep my view that AUD/USD is in a well-defined downtrend. Last week the pair consolidated in the narrow range of 0.7640~0.7756. This week the catalyst for a further south move could be the communication of RBA if we do not witness new aggression at the tariffs front.

Last week had no new episodes of tariffs drama and USD strengthened. Our long USD scenario was helped by Wednesday’s GDP final higher reading of 2.9% but was challenged by both consumer confidence and Core PCE index (watched by the FED for measuring inflation) that were both lower.

I am keeping my long bias on USD and watch S&P500 trying to stay above the 200-Day Moving Average. There are articles arguing in favor of an April’s US equity rally based on strong expected dividends, but I do not buy them. 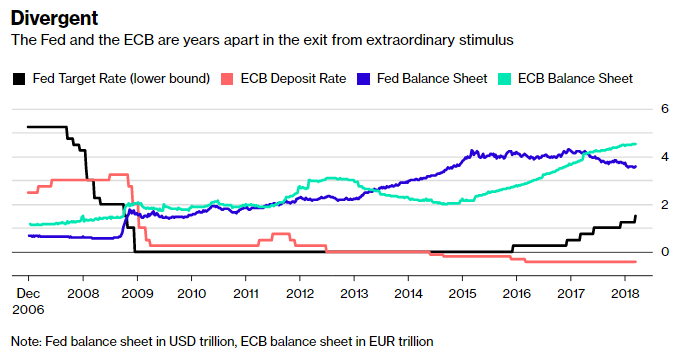 Starting from Tuesday’s opening of European Markets EUR/USD moved south and managed to close lower than last week’s close. Monday’s aggressive break of the repeatedly mentioned trend-line worried me a lot and as of now, I cannot offer a convincing explanation.

Market Analytics: Unrest in Italy Is New Opportunity for Your Trading

Forex Trends: Pound was the only currency that did not contribute to USD yesterday

IQ Option·10.05.2017
Close
We use cookies to understand how you use our site and to improve your experience. By clicking "Got it" or by continuing to use our website you agree to their use.
Cookie settingsGot it
Manage consent