In story surrounded by mystery, the US Department of State has decided to remove all non-essential personnel (60% of the staff) from its embassy in Cuba. Why? Several attacks, apparently perpetrated with sonic weapons, that affected more than 20 employees of the American and Canadian governments in the Caribbean island. The diplomatic conflict has already begun and both governments send press releases about the incident almost every day. The issue has also hit US local politics, where conservative politicians ask the Trump administration to take extreme measures. 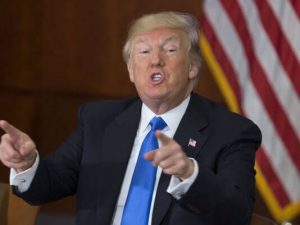 What happened, how, and when it happened, is not yet entirely clear. It is confirmed there are people with injuries who have returned to the United States and are receiving medical attention. Those affected suffered hearing loss and, in some cases, brain damage.
President Donald Trump said: “The problem in Cuba, we had a really big problem in Cuba, we will have something to say about it soon enough.”

Similarities with the Cold War

The case includes all the ingredients that once fed Cold War: suspense, mystery, spies, and unconventional attacks. Apparently, it was between late 2016 and mid-2017 that US and Canadian diplomats began to suffer the consequences of what are suspected to be acoustic attacks. In most cases, the families of the officials were also affected, as the attacks took place in the houses provided by the Cuban government for US officials. One of the cases also happened in a hotel where an official was staying. Among the symptoms presented by North American officials were severe headaches, dizziness, and vision difficulties. 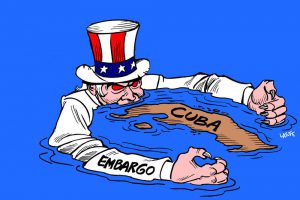 Cuba’s foreign minister said the episode is “unfortunate” as it’s also “being politicized (…) and decisions made in a hurry and without support in conclusive evidence and results of the investigation.” Meanwhile, Cuba, in an unprecedented decision, allowed FBI agents to investigate the events in the island. The police agents haven’t reached consistent conclusions after several days of work.
Some US media outlets said the attacks could have been carried out with infrasound or ultrasound devices. It is also possible that electromagnetic weapons have been used. The ongoing investigation also considers that other countries, such as Russia, Iran or North Korea (none of which are in good terms with the United States), might have been involved in the attacks.
“We have no definitive answer as to the origin or cause of the incidents,” the Department of State said. Cuba claims to have taken “additional measures to protect US diplomats and their families.” “The point is that there are people not feeling well, and we still do not know why,” said, with more caution, the Canadian government.

Because of the nature of this attack and the lack of evidence, the United States has avoided directly accusing Cuba. For now, the Trump government has decided to withdraw more than half of the US delegation from the island and alert tourists. The Cuban government expressed concern and called the US decision “hasty.” The Communist Party of Cuba also said it was willing to continue “active cooperation between the authorities of both countries.” 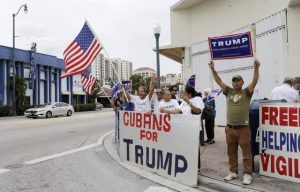 It is worth noting that these unconventional attacks began immediately after Donald Trump took office. Either way, the chronology of events is unclear. For the long history of espionage and counterespionage between Americans and Cubans, this new episode brings a new anecdote: American spies are the officials who suffered the worst consequences of this sonic attack.
Just over two years ago, the US Embassy in Cuba had been reopened after decades of confrontation and enmity. Relations finally seemed to be normalized. There was ease and even the possibility of joint projects between the governments of the United States and Cuba. Donald Trump’s victory in last year’s presidential election was a step in the opposite direction. The recent attacks have only confirmed this new trend, which is neither more nor less than the history of the last 60 years between the two nations.