Another weekend passed, but there is still no sign of any recovery from the huge dip conceived by the cryptocurrency market. Though there was a brief rebound, the bear quickly took over and the fall continued. Market cap of the entire economy has gone down to $392 billion. 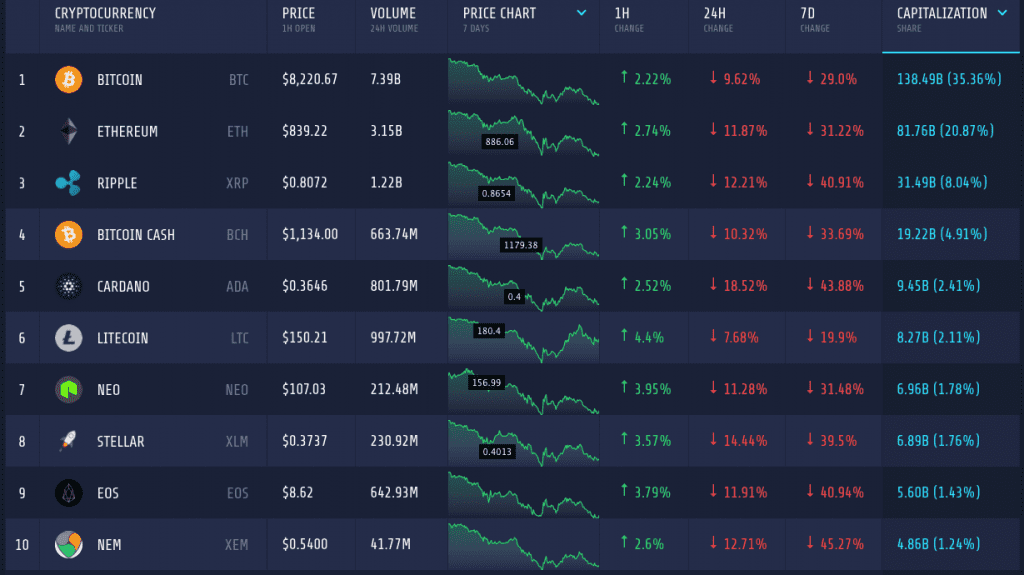 Last Friday, BTC/USD’s value below went down below $8000, but it quickly recovered. Again, Bitcoin is struggling very hard to keep its prices above $8000. The coin lost whopping 29 percent of its value in the last 7 days. In the daily chart, the value dropped more than 9 percent. The market cap of Bitcoin has dropped to $138 billion, 58 percent less when compared to more than $331 billion in mid-December. 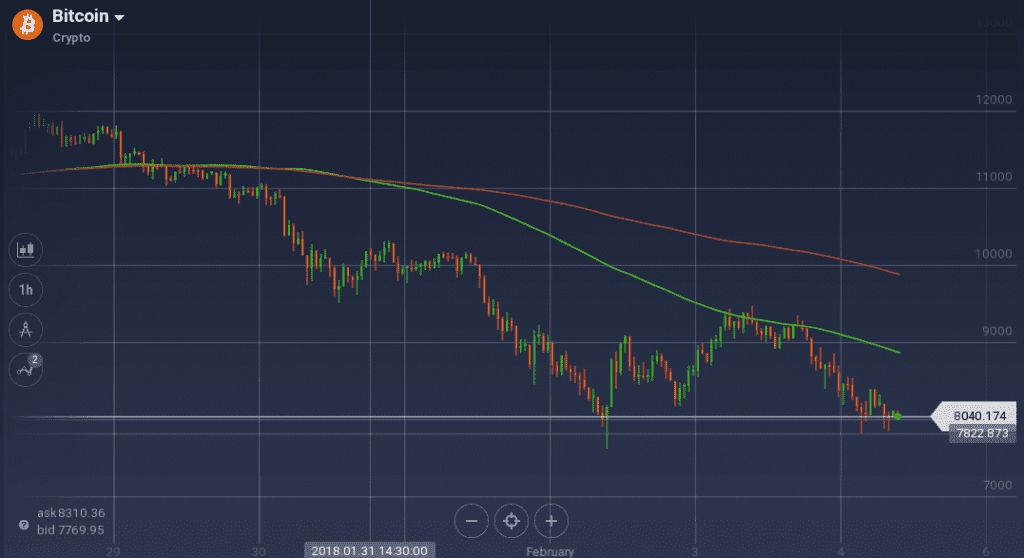 On its way downward, the coin found support at $9800 during the midweek. But the support was not strong enough and the with a steep rally, value of BTC/USD went below $8000, the first time since November. The price rebounded quickly, but again faced another set of resistance at $8900 and $9400. The later again the pushed the price down and Bitcoin is now struggling again at the $8000 border. There is also some support present at this level.

Due to the presence of support, the oscillators are showing some positive signals. Stoch is pointing upward after recovering from the overselling zone. But RSI, currently at 38 percent, has stabilized after a brief upward move.

NEO, aka “Ethereum of China”, gained a lot of attention because of its robust features. But this promising coin also was not immune to the recent market crash. NEO’s value depreciated by over 33 percent over the last week, and it is still going down. Currently, the coin holds a market cap of around $6.81 billion. 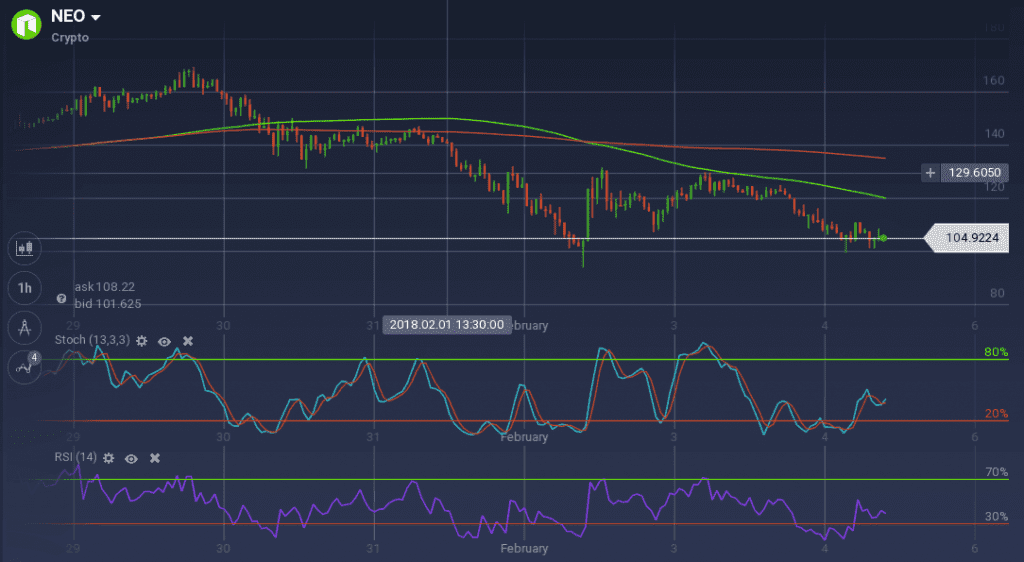 With the steep dip in the midweek, NEO dropped from $145 to below $95 in just 24 hours. Then the coin rebound, but only to face stiff resistance at $130. NEO tested the resistance level a couple of times, but could not breach it. The resistance even resulted in a downward run again. NEO/USD again dipped, but the pair found support around $103.

The prices level is hovering below 23.6 percent Fibonacci level. 100 SMA also went down of the 200 SMA with a recent crossover.

Because of the presence of the support, the technical indicators are running positive. Stoch and RSI both are going up after being below the overselling mark for a while. RSI is at 44 percent.

Against Bitcoin, NEO is down by 7 percent weekly. The pair is now trading around 0.0130 BTC.

The crash of the cryptocurrency market is giving the skeptic economists a tool to prove their point. In a recent interview with Bloomberg TV, chairman of Roubini Macro Associates Nouriel Roubini commented on Bitcoin’s latest price drop, calling Bitcoin “the biggest bubble in human history.

In the African country of Nigeria, the authorities are planning to examine the phenomena of a crypto explosion within its border and will look for the feasibility of any solution as the money is flowing from the mainstream economy to the unregulated market.

The crypto market rebounded for a while, but as the investors started to dump their assets, it went down again. This is not the first crash the nascent market is encountering. But every time before, the market came out of the crash very strong.

This Is the Next Great Entry to Bitcoin

This Is Why Bitcoin’s Price Fell, and What You Should Do About It

IQ Option·29.06.2017
Close
We use cookies to understand how you use our site and to improve your experience. By clicking "Got it" or by continuing to use our website you agree to their use.
Cookie settingsGot it
Manage consent