As the market is rebounding, most of the coins are adding to their values. While many coins have added merely a few percentages, some have appreciated by double digits. The total market cap of the market has now reached to $451 billion. 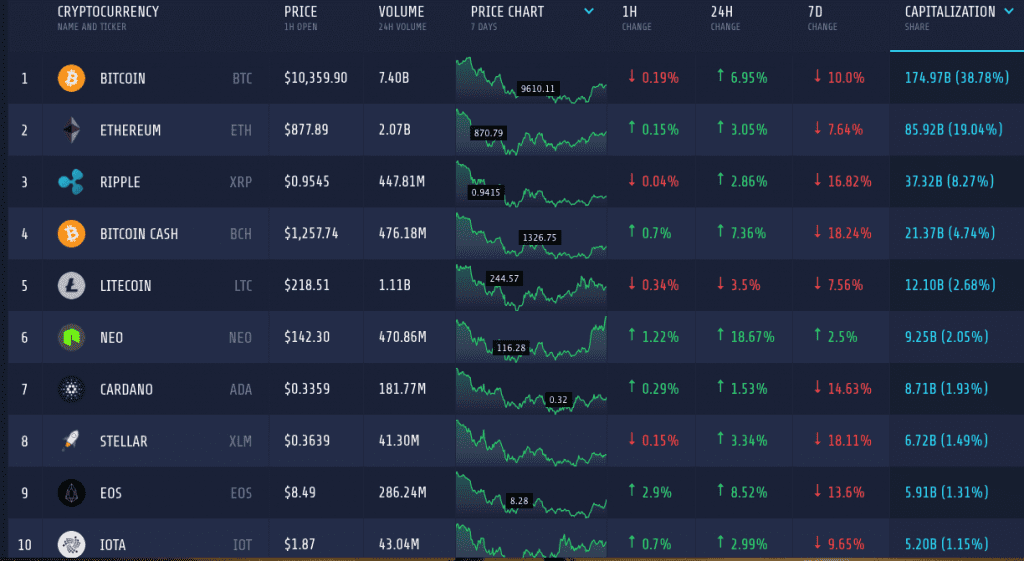 NEO became one of the market movers in the recent hours. The coin has added 18.6 percent in the last 24 hours, but due to the dip on the weekly chart, it only appreciated 2.5 percent over the week. The volatility in the prices attracted a lot of traders and the trading volume in the last 24 hours has been registered at $470 million. Being at 6th spot, NEO is trying to make its entry among the top five coins with $9.5 billion. 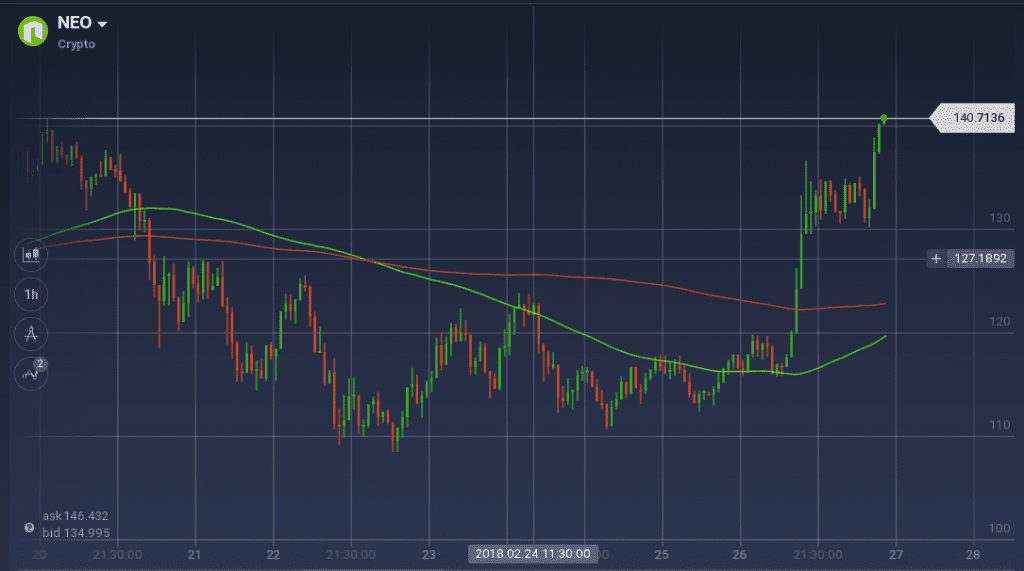 Considering the weekly chart, NEO maintained a bearish run at the start. Multiple support levels tried to stop the downward trend, but most of them did not get any success. After dropping below $110 from $138, the price curve pivoted, but it soon faced a new resistance level between $122 and $123. NEO/USD pair tested the resistance level for a couple of times, but finally, the pair took a downturn. $112 gave some support to the coin, however, resistance was also there at $117.

On the daily chart, the value of NEO/USD shot up with a sudden rage among the buyers. The pair jumped from $116 to $141 and is still on the rise.

As the coin is surging, the technical indicators are indicating bullish signals. Both the oscillators, Stoch and RSI, are running above the overbuying zone and MACD curves are also showing strong signals of bull. RSI is currently at 77 percent.

The comparatively nascent blockchain project Qtum has addressed the shortcomings of Bitcoin and Ethereum and is developing a platform which is more efficient and powerful than either. On the exchange too, the token issued by the project is doing quite well. But with the recent bear in the crypto market, Qtum also lost a significant amount. In the past 7 days, the coin lost around 13 percent, however, in the price of the coin is rebounding aggressively and on the daily chart, it gained 11 percent. Qtum holds a market cap of $2.1 billion. 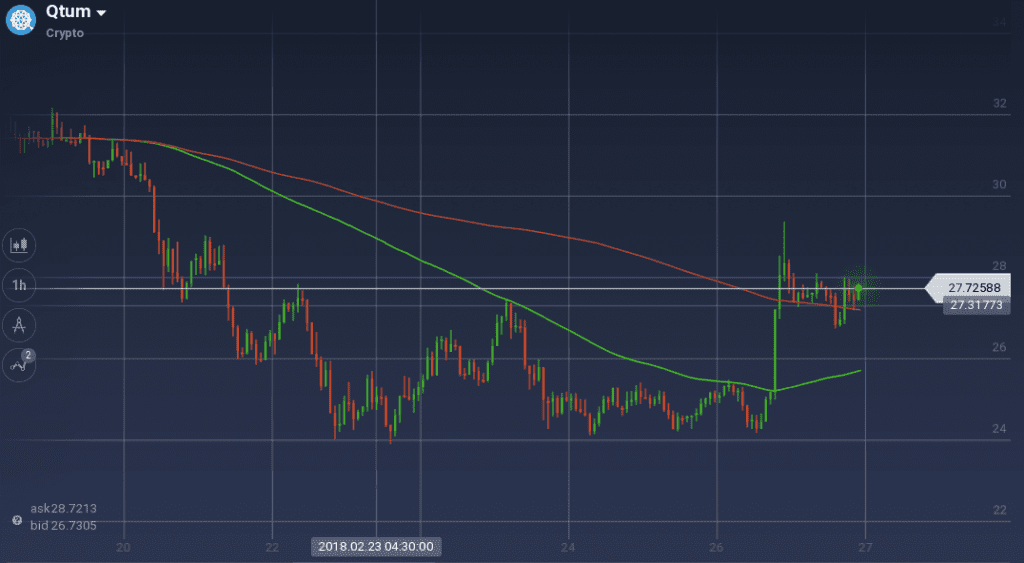 QTM tokens lost a substantial amount on the weekly chart. A strong bear dominated the early week trading, and the token went down from $31.4 to $24. Though the coin tried to rebound in the midweek, consecutive resistance at $26 and $27.4 ceased any further growth, it even pushed the token to take a downturn. $24 acted as a strong support level again, however, resistance at $25.3 was not allowing a surge in the price. QTM, finally, spiked with a buying rage from $24.2 to $29.3. The token has found support at $27.2, but resistance is also there at $28.

Due to the pullback from the spiked peak, the oscillators are running bullish yet below the overbuying zone. RSI is at 58 percent and is maintain an upward pace. MACD, however, is not showing any strong signals either way.

In a move that could potentially legitimize cryptocurrencies even further Goldman Sachs backed payments company Circle has acquired US crypto exchange Poloniex. The acquisition aims to extend the firm’s commitment to a new vision for global finance and cement its position as one of the leading companies in the blockchain industry.

Toronto–Dominion Bank (TD), a Canadian multinational banking and financial services company headquartered in Toronto, is halting the use of credit cards to buy cryptocurrency as it conducts a review of the “evolving market.”

Popular cryptocurrency exchange Coinbase has been forced by court order to hand over thousands and thousands of its customers’ names and assorted personal information to the US Internal Revenue Service (IRS) in the agency’s effort to collect tax.

With the recent advancements in the market, cryptocurrencies are making their position strong in the mainstream market. This might give the coins and tokens a huge boost in the recent future.

Next article Cryptocurrency Fundamentals. Do They Matter?

Indian Minister: Trade in Bitcoins at Your Own Risk

IQ Option·02.01.2018
Close
We use cookies to understand how you use our site and to improve your experience. By clicking "Got it" or by continuing to use our website you agree to their use.
Cookie settingsGot it
Manage consent