The Chinese New Year happened to be a huge boost in the cryptocurrency market. The demand for the coins rises significantly in the Asian countries. Within just 24 hours, the market added more than $40 billion and the current market cap went up to $471 billion.

LItecoin is gaining tremendously in the past couple of days. The anticipation before the launch of LitePay is mostly driving the price. The coin added 28 percent to its value in the last 24 hours, making a 60 percent weekly appreciation. The coin is attracting a lot of traders as the trading volume in the past 24 hours was $2.73 billion, a lot staggering number considering the market cap of the coin at $13 billion. A lot of demand is coming from the Asian markets as more than 16 percent of the trading is done against only KRW. 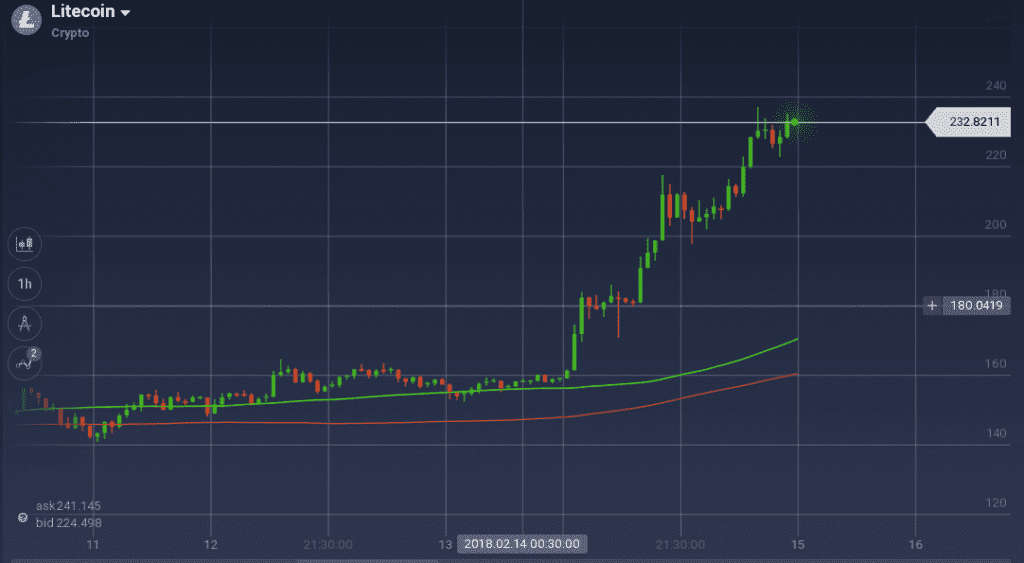 Litecoin maintained a steep and aggressive curve on the daily chart. The coin also maintained a bull dominated run throughout the week. With the recent steep run, LTC/USD went up from $159 to $233, gaining 47 percent. Though the trend was very strong, the pair faced with some momentary resistances on the way at $183 and $211. But support levels quickly formed at $178 and $204, to check any dip in the prices. Currently, the coin is facing another resistance level at $233, but with support around $225, the coin is testing the resistance.

The technical indicators are also soaring without any sign of slowing down. Stoch and RSI both are running above the overbuying mark, but demand among the optimistic buyers is negating the ideal dynamics of the indicators. MACD is also soaring high with a little supersession due to the current resistance.

Stellar has performed very well on the market. The promising technology of the firm has attracted a lot of investors towards it. However, the past week was very eventful for the coin with both bulls and bears. Still, the coin managed to gain 8.87 percent on the daily and 27 percent on the weekly chart. Stellar is holding $8.4 billion in market cap and has registered $187 million in daily trading volume. 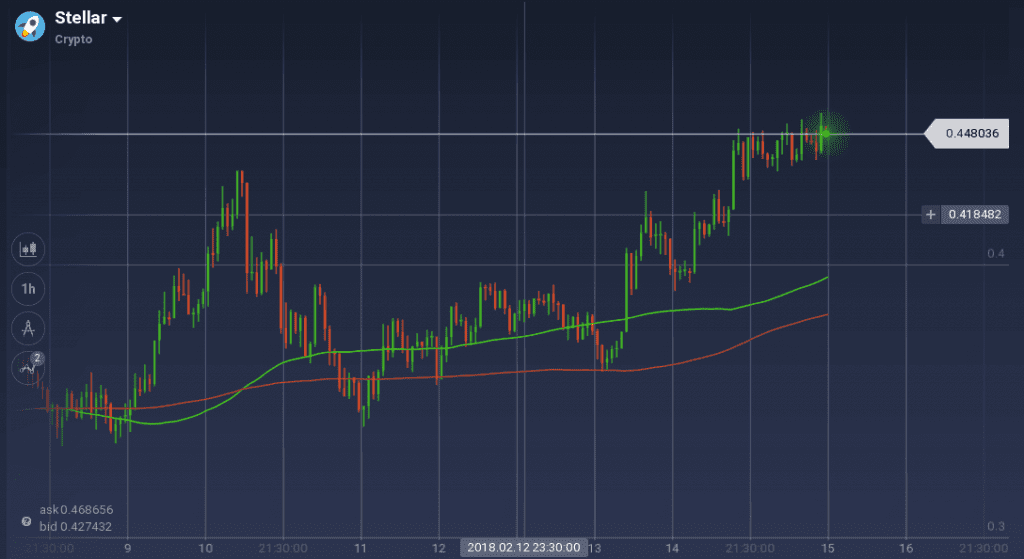 On the weekly chart, Stellar shot up in the early week as its value went up from $0.33 to $0.43, however, the coin pulled back from the peak as quickly as it gained. After dropping to $0.34, it pivoted and maintained a gradual upward run, but soon faced resistance at $0.39. After dipping to $0.36 with a downturn, the shot up again with a buying rage above $0.42 and then consequently to above $0.44. Currently, XLM is facing peak resistance at $0.44, with support at $0.43, the coin is constantly testing the resistance level.

With the resistance ceasing the growth, the technical indicators are giving dull signals. Stoch is gaining a downward pace after hovering above the overbuying mark for a while. RSI is also going down and is currently at 55 percent. However, 100 SMA is still running above 200 SMA showing the dominance of the bull over the bear.

In India, Citibank banned its customers from using the bank-issued credit and debit card from using in the purchase of cryptocurrencies. A month before, six other major lenders in the country, suspended all accounts associated with cryptocurrency exchanges putting the customers in a baffle.

The cryptocurrency market is growing very fast again. Many blockchain projects are planning major developments in the near future, which might give a huge boost to the price of the coins.

IQ Option·04.01.2018
Close
We use cookies to understand how you use our site and to improve your experience. By clicking "Got it" or by continuing to use our website you agree to their use.
Cookie settingsGot it
Manage consent