The cryptocurrency market is holding strong now. Coins are mostly adding values to their current prices. The total market cap of the all 1530 coins listed is now $430 million.

Litecoin is making some major developments lately. The coin marked 29.3 percent gain in last 7 days along with 16 percent rise on the daily chart. It is holding the 5th spot among the major coins in the market holding $10.1 billion in market cap. The coin is attracting a lot of traders’ attention as the trading volume in the last 24 hours was staggering $1.03 billion. 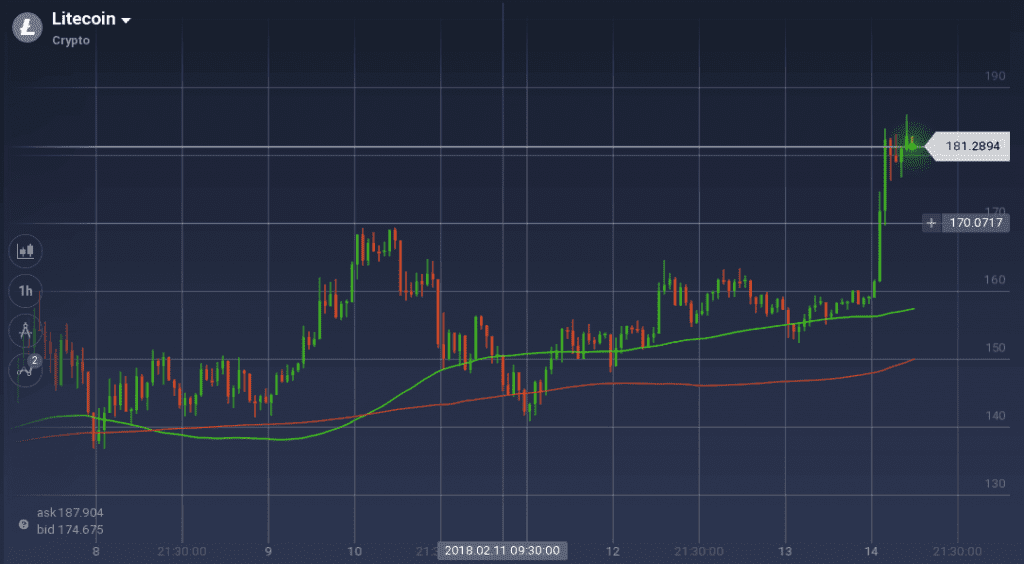 On the weekly chart, LTC had a zigzag ride. In the early week, the coin was trading steady between the resistance and support at $150 and $141 respectively. Then a bull took over and LTC/USD went up to $169. Though the pair tried to breach the resistance there, after a while, the prices pull back with a steady downturn. $141, this time, acted as a pivot and initiated a gradual upward run. The pair faced resistance at $162, which it tested a couple of times.

On the daily chart, after moving steadily for a while, LTC/USD shoot up to reach $184 from $159. Though the coin is facing peak resistance, it is trying to stabilize around $180.

With the recent jump in prices, technical indicators are soaring. Stoch and RSI both are running above the overbuying line. Currently, RSI is running steady at around 89 percent. MACD curves are also running bullish.

Ethereum Classic unexpectedly performed very well after the market crash. It almost doubled its value over the past 7 days by gaining 92 percent. There is no downturn on its way as it added 23 percent to its value on the daily chart. Due to this price surge, ETC had registered trading volume of $1.44 billion in the last 24 hours. With this price movement, its market cap also went up from $1.4 billion to $3.6 billion in little more than a week. 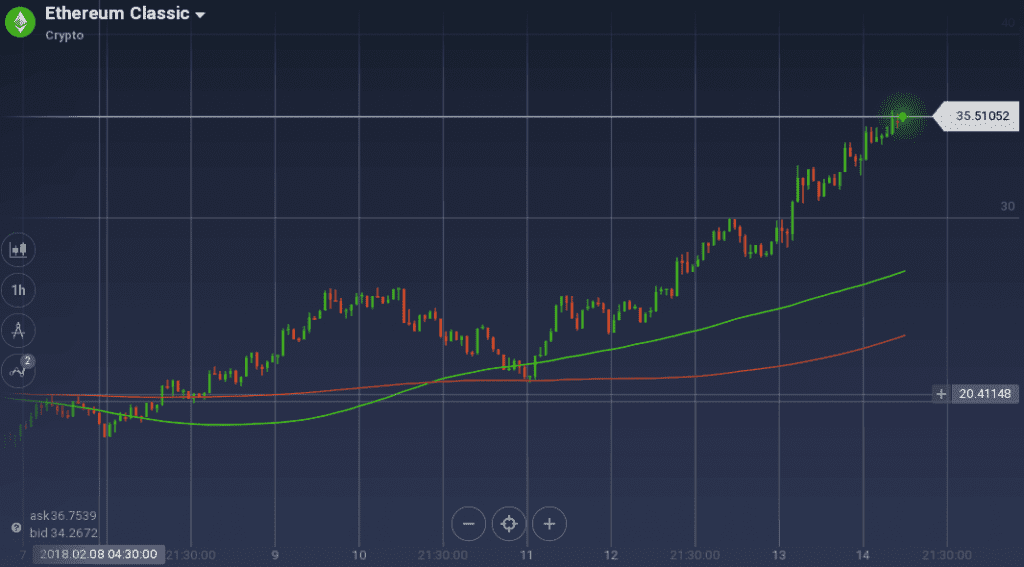 Two significant bulls dominated Ethereum Classic’s weekly chart. The first one initiated at the start of the week and continued until midweek. With that gradual yet aggressive bull, ETC/USD went up from $18 to $26, 44 percent rise in the value. However, resistance at $26 pushed the prices downward. After reaching $21, the coin pivoted and the second bull took over. The trend of this bull is very steady and there seems to be no significant resistance on its way. ETC/USD is now trading at $35.

Without any doubt, the oscillators are soaring. For quite some time, Stoch and RSI are running in the overbuying zone, but there is no stopping in the demand for the coin among the optimistic traders. Currently, RSI is at 77 percent. 100 SMA is also running above 200 SMA showing the dominance of the bull trend.

JP Morgan recently published a detailed guidebook on Bitcoin which says ‘Cryptocurrencies Are Here to Stay.’ This is in contrast with the views of Jamie Dimon, CEO of the bank, who was always very vocal against Bitcoin and other cryptocurrencies.

With a view to attract more customers, Coinbase has integrated PayPal merchant option for cryptocurrencies on its platform.

In response to the minister of finance naming cryptocurrency as illegal tender Indian exchanges have banded together to create a central repository to maintain a real-time database of traders in a bid at self-regulation.

With the tremendous rise of few coins, the market is performing like before. However, it will be interesting to see how long Bitcoin will take to regain its prime. Till then, altcoins will do their magic.

IQ Option·01.11.2017
Close
We use cookies to understand how you use our site and to improve your experience. By clicking "Got it" or by continuing to use our website you agree to their use.
Cookie settingsGot it
Manage consent