As the market is up again, the coins have added significant value. In the weekend, the market cap reached above $500 billion but retracted soon enough to settle around $485 billion.

Litecoin had an excellent performance on the exchanges for a couple of weeks. This week again, the coin appreciated 39 percent. It is now holding the 5th spot on the list of largest coins very firmly, with a market cap of above $12 billion. The traders are also getting lured by the price surge as the trading volume in last 24 hours was $915 million. 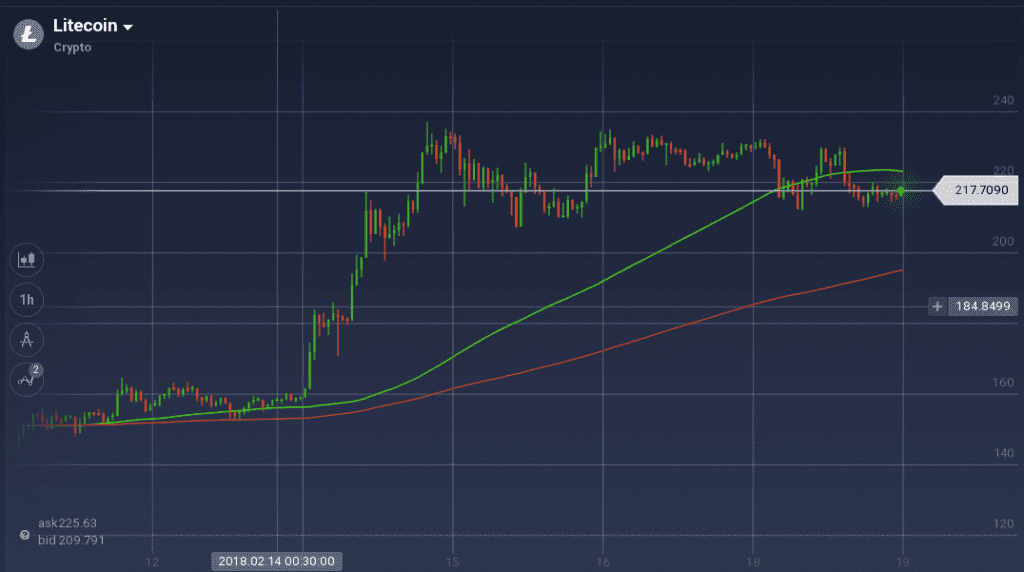 At the start of the week, due to resistance at $163, LTC was trading below that, but there was support present at $152. After trading within the narrow band for a while, the price jumped to reach above $235. This was 63 percent gain in mere 24 hours. However, due to the peak resistance, the coin pulled back to around $210, where the support acted as a pivot to push it upward again. But the resistance at $234 was dominant throughout and the coin could not breach it even after testing it for multiple times. Eventually, LTC/USD dropped, but soon found support at $213.

Due to the presence of resistance and support at such a close quarter, the technical indicators are showing mixed signals. Stoch and MACD are running flat without any sign of the bull, whereas, RSI is running strong in the upward region. Its current value is at 53 percent. 100 SMA is also running above 200 SMA showing the dominance of the bull over the bear.

Bitcoin Cash is one of the top gainers after the market crash. This week only, the coin added 18 percent to its value. BCH is now holding a market cap of above $25 billion. 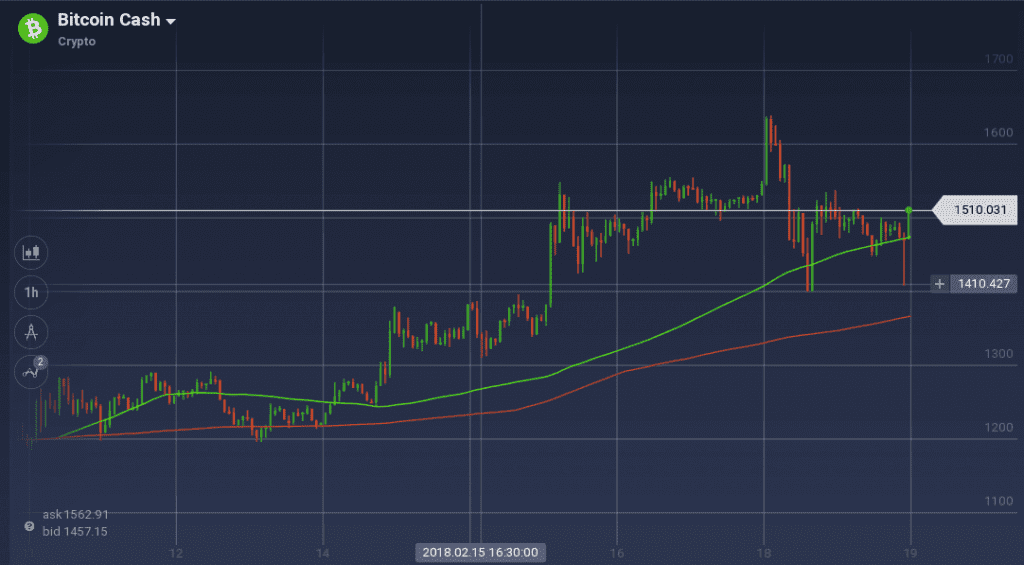 Considering the daily chart, the coin is coin is stabilizing after its retreatment from the peak value. There is support between $$1454 to $1474, but resistance above $1520 is not letting the coin to surge any further. BCH is constantly testing the resistance tough.

Due to the presence of support and the tendency of the coin to breach the resistance, all the indicators are running bullish. Both the oscillators – Stoch and RSI – are on a steep upward journey. RSI is currently at 62 percent. MACD is also indicating a bullish trend after running flat for a while.

On February 16, 2018, the Swiss Financial Market Supervisory Authority FINMA put the world on notice by being the first major economy to set out clear guidelines on initial coin offerings (ICOs). In an announcement, the Swiss regulator addressed plans to apply financial market legislation to different tokens as well as layout how ICO organizers can get proper input from FINMA when planning or launching their initial coin offerings.

The U.S. Commodity Futures Trading Commission published an official warning advising investors to be cautious of potential pump-and-dump schemes. The warning also encourages the public to report any information that could lead to enforcement action.

U.S. states with positive attitudes have advanced towards bitcoin legalization – a process that a growing number of elected officials consider inevitable, if not desirable. Numerous crypto-friendly bills have been introduced, and some of them have received approval in committees and houses of state legislatures.

As the market is back on track, the optimistic behavior among the traders is restored. Moreover, various countries are taking positive steps to accept the digital coins.

Vasiliy Chernukha·05.09.2017
Close
We use cookies to understand how you use our site and to improve your experience. By clicking "Got it" or by continuing to use our website you agree to their use.
Cookie settingsGot it
Manage consent