Bitcoin vs Ethereum. What Is The Difference?

Since its release in 2009, Bitcoin has been the leader in the cryptocurrency world. It is the first blockchain-based digital currency with an immutable distributed ledger of all transactions that is not controlled by any middlemen. It offers a dependable monetary transfer system free from political intervention and inflation. 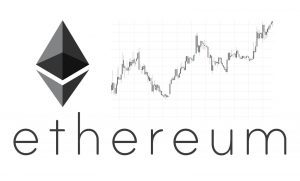 Ethereum, first introduced in 2014, is often touted as Bitcoin’s strongest rival. But how do we compare the two? Ethereum’s founder Vitalik Buterin provided some insights: “Bitcoin was designed to be a Simple Mail Transfer Protocol. It’s a protocol that is very good at one particular task. It is good for transferring money, but it was not designed as a foundational layer for any kind of protocols to be built on top.”

Indeed, this is the fundamental difference. Ethereum is an open-source platform and a programming language for building and publishing applications. More fundamentally, it is a Turing-complete virtual machine that can run any script and cryptocurrency project. This forms the basis for currency issuance and the building of decentralized applications, and is the reason why many of the initial coin offerings (ICOs) are based on the Ethereum platform.

By contrast, Bitcoin’s scripting language is limited to transactional processing. It does not have the set of instructions to act as a fully-featured programming language where applications can be built on top.

Because of the differences in complexity at the protocol level, there are differences in security. Due to Ethereum’s complexity, it presents a wider attack surface to hackers, making it a less secure store of value. The attack on the DAO (an Ethereum-based ICO) which led to the theft of $60 million in Ether is a case in point. Besides, Bitcoin is more secure because of significant infrastructure investment by Bitcoin miners. The greater Bitcoin hashrate means that the cost to control 51% and attack the Bitcoin network is proportionately greater. 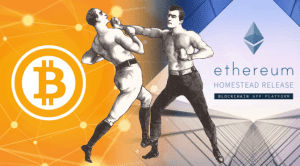 Different development trajectories and mining characteristics also lead to different degrees of centralization. First, Bitcoin is only profitable when mined with high-end ASIC hardware on low cost electricity, while Ethereum can be mined with high-end GPUs which are ten times cheaper. As a result, Bitcoin mining is centralized among well-resourced mining pools. Furthermore, much of Bitcoins are mined by early miners who now sit on sizable holdings given the price appreciation. These “Bitcoin wales” exert significant influences on the Bitcoin market.

In terms of total supply, Bitcoin is limited to 21 million coins, and supply is halved every 4 years. In comparison, Ethereum has an annual supply of 18 million coins. Therefore, while Bitcoin is a deflationary currency, Ethereum’s value is likely to decline in the long term due to its inflationary supply.

In conclusion, Bitcoin and Ethereum have their respective strengths in security, mining, capacity, and degree of centralization, without a clear winner. That being said, due to their very different protocol designs, we may regard them as complementary in the blockchain economy, with Bitcoin as a monetary system and store of value, and Ethereum as a platform for currency issuance and decentralised applications.

Previous article How Does Forex Work on IQ Option

Next article Game of Thrones Hacked – Request $8 Mln in BTC